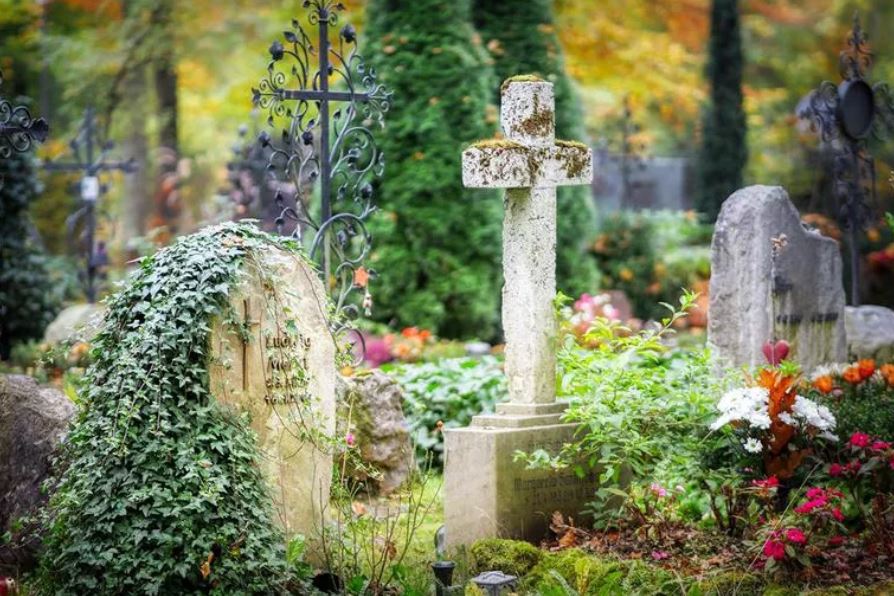 Physical life is essential to other benefits of life — but those other parts of life should not be easily discounted, as they are essential to being fully alive.

The Centers for Disease Control report that there have now been more than 540,000 COVID-related U.S. deaths. Despite the appearance of a vaccine, many countries around the world are facing a third wave of the virus.

How has COVID-19 affected our Catholic approach to death? Damien Le Guay’s Nov. 17 essay in France’s Le Monde offers food for thought. Its title captures his main point: “COVID-19: Health Reasons Have Disrupted Our Relationship with Death in an Unprecedented Way.”

Le Guay is a French philosopher who serves on that country’s National Committee for Funeral Ethics. He is an expert in the fields of death, bioethics, and palliative care. His writings (to which I admit growing increasingly sympathetic) have for 20 years scored the modern way of death, which he accuses of being “inhuman” and “degrading” death. The question that is the title of his 2003 book offers a sense of where he’s going: Qu’avons-nous perdu en perdant la mort? “What Have We Lost by Losing Death?”

His COVID essay poses questions that some might dismiss in the name of public health. It should not be so easily put aside. Sea changes in the ways people and societies think come subtly and gradually, and Le Guay identifies where they might be coming because of COVID.

What Le Guay finds most concerning about how societies are trying to cope with COVID is the shift in values, the realignment and re-valuation of those values that public policy may represent. Biological life — “being alive” — is so prioritized above all else that, in its name, all other aspects of life — emotional, religious, social, cultural — are regulated or even banned. Escalating COVID mortality – bad. Escalating rates of depression and of suicide – acceptable risks for combating the pandemic. He sums it up bluntly: “In the management of this crisis, we can die from boredom or loneliness, but not from COVID-19.”

As a long-term proponent of the pro-life cause, I do not devalue the importance of physical life as essential, even prerequisite, to other benefits of life. But in not denying the importance of simply “being alive,” neither can one deny that those other parts of life are essential to being fully alive.

Those who promote stringent approaches to COVID-19 control say they don’t deny them, either, but that circumstances require tough responses to “get back to normal.” Maybe. Maybe we should also reckon what else is at stake on that path.

The re-valuation of physical life goes hand-in-hand, according to Le Guay, with what he calls the “de-fatalization” of death. Just as “being alive” becomes paramount, so our relationship to death is altered. While death has always been resisted, it has also always been recognized as inevitable, by God’s will or the natural order of things, a relentlessness tempering how we approached resistance to death. Le Guay thinks that, with COVID, death may be something we believe we can overcome through our own scientific knowledge, technological prowess — and laws. When politicians speak of a “war” against COVID, are we subtly moving from eradication of the disease to thinking that maybe death itself is eradicable?

Observing the scope of global governmental efforts to eliminate COVID by comprehensive shutdowns of societal life, Le Guay calls that range of action “unprecedented” except perhaps in wartime. What is also unprecedented is mass media’s role during this pandemic.

COVID is the first global pandemic, Le Guay notes, where dissemination of information is almost instantaneous. While access to information is, in the abstract, a good thing, this author would ask whether everything is automatically “information.” Raw data, rapidly disseminated without longer term analysis or contextualization, can also be misleading.

Media spread of COVID “information” also poses other ethical questions. 24/7 editorial focus on COVID necessarily changes (minimizes?) focus on other events also happening in the world. Le Guay asks to what measure that COVID focus is not also an “anxiety-inducing magnifying glass” which, by enhancing an “oversensitivity about death” reinforces the re-valuation of values mentioned above?

Editorial choices in the news cycle also influence political processes, potentially distorting public policymaking by creating expectations (which may or may not be justified) that put policy makers in reactive positions, forced to respond to a “media calendar … they have no control over.” In doing so, does that focus also not shape a certain vision of society?

Le Guay argues that moderns have expectations about the comprehensive role of welfare society. In the English-speaking world, we once spoke about the “nanny state” protecting us “from womb to tomb.” That’s changed. Modernity might now at best protect us from birth (provided we are not handicapped) but, post-COVID, the state is expected now not just to protect us to the tomb but from it as well. In a society which legally is agnostic and whose citizens do not believe in God, the state is expected to play God in the form of providing comprehensive providential care for everybody’s immanent needs — from wage replacement to rent moratoria to mail-in ballots to maybe even store-to-home delivery of groceries and RU-486 — all to shield us from “the pestilence that stalks in darkness and the plague that lays waste at noon” (Psalm 91:6). Can any state do that? For how long? And at what cost, not just budget-wise but in terms of citizen dependency?

Finally, the re-valuation of “being alive” also does “violence,” says Le Guay, in the “accompaniment” of death. Death has its own dynamic, revealed by our customs. In his 20 years of writing about death, Le Guay argues that modernity has “degraded” death by its “inhuman” approach to it. He examines death as marked in his native France, whose culture has been shaped by Catholicism for more than 1,500 years, identifying three phases traditionally associated with death: the process of dying, the time of death, and the period of mourning.

Once upon a time people knew death was coming and prepared for it. The dying person was the subject and center of the process of dying. His preparing to leave this world was typically accompanied by family and friends. The time of death (note I said “time,” not “moment”) was a transitional phase that involved sacramental accompaniment across the threshold of death, the wake, and the funeral. The period of mourning was also a phase, marked externally by one’s clothes, which also involved extended accompaniment by family and friends.

Our approach to and time compression of these three phases has “degraded” them, argues Le Guay. Everybody is a “patient” and no one “dying” until the last minute. The time of death is compressed, with minimal or no wakes, fast funerals, and quick removal of bodies. “Mourning” is wholly privatized. Everybody, except one’s most intimate family members in the privacy of their homes, reverts almost instantaneously to “life as normal.”

COVID has exacerbated that degradation through our “violence” against the natural human desire to accompany death. It is natural to be with the dying, to transition the dying through death, and to mourn. In the name of fighting COVID, all that has been declared “non-essential.”

We have a subtle expectation that good citizens will be “wise” enough willingly to forego those moments. For those not so good, legal regulations will force those dying of COVID to die alone, as far as possible abandoned by state and Church. We eliminate any public marking of the death, deciding which friends and even family might be allowed to attend one’s burial. We then justify this “trauma” done to those the dying and dead leave behind — to those who persist in valuing those moments and actions rather than signing on to our re-valuing “being alive” — by invoking a kind of force-majeure in the name of “public health.” How else can we explain the process by which the state determines that being able to go to the grocery store to buy a stick of butter or the alcohol store to buy a bottle of bourbon is “essential” but a granddaughter’s presence at grandma’s funeral isn’t?

The reply will of course be that we need to reset priorities “for a time” to “flatten the curve.” Le Guay is asking how long that reset may last and whether it might become culturally permanent.