‘March for the Martyrs’ to raise awareness of Christian persecution 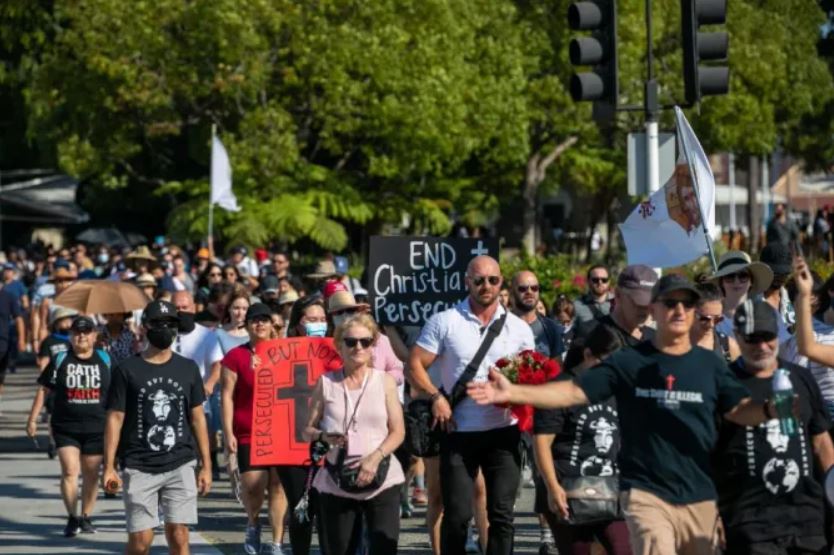 ‘March for the Martyrs’ to raise awareness of Christian persecution

The second annual March for the Martyrs, an event to draw attention to global Christian persecution, will be held on Sept. 25 in Washington, D.C.

It will mark the first time the event has been held in the nation’s capital. The move to Washington from Long Beach, California was done to bring greater awareness of Christian persecution overseas.

“We all see what’s going on in Afghanistan right now. Christians are being hunted down and killed,” said Gia Chacon, president of the group For the Martyrs which organized the march.

“This is happening in so many other nations across the world, and so few people are talking about it. That’s why we’ve chosen to move the March for the Martyrs to Washington, D.C.”

For the Martyrs is an advocacy group founded in 2019 that seeks to raise awareness of international Christian persecution and promote religious freedom.

Chacon estimates that “thousands” will attend the march in Washington, and asked participants to wear red in solidarity with persecuted Christians.

Last year’s march “was and continues to be the United States’ first and only large-scale march representing persecuted Christians,” the group states.

While the board members of For the Martyrs are Catholic, the march is open to all.

“I believe we can all unite around this cause – with one voice – as the body of Christ in the United States advocating for our persecuted brothers and sisters,” said Chacon.

The march will be co-sponsored by The Catholic Connect Foundation, Open Doors USA, In Defense of Christians, Liberty University’s Freedom Center, and Students for Life.

Alejandro Bermudez, executive director of Catholic News Agency, is an advisory board member of For the Martyrs.