Marian Prayers for Good Intentions: The Spiritual Powerhouse of the Confraternity of the Most Holy Rosary 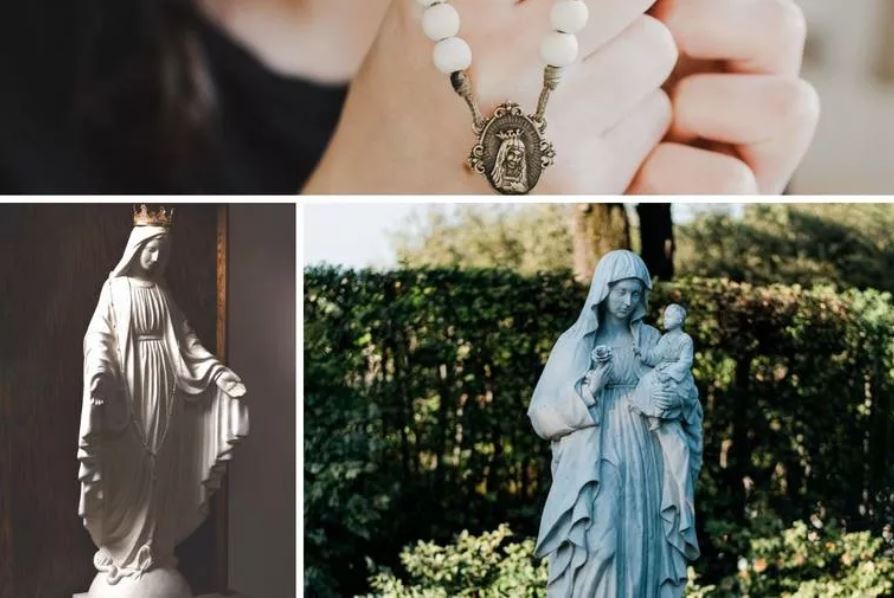 Marian Prayers for Good Intentions: The Spiritual Powerhouse of the Confraternity of the Most Holy Rosary

The confraternity was founded almost 750 years ago, to foster greater devotion of the time-honoredMarian prayer.

If you learned of a society or spiritual association with no dues and no meetings that had millions of members worldwide praying for each member, would you consider joining?

There is such a society. It has been hailed by the Holy Fathers and rooted in the Rosary: the Confraternity of the Most Holy Rosary.

The confraternity was founded almost 750 years ago, and those interested easily enroll in one of the Dominican provinces throughout the country or through a local parish if there is a group established there.

It’s all about Marian devotion.

“The confraternity is a simple but profound way of increasing one’s devotion to the Blessed Virgin Mary and sharing in the graces of the Dominican order,” emphasized Father Shonk.

Members also share in the prayers, Masses and apostolic works of the entire Dominican Order — priests, brothers, contemplative nuns, sisters, and laity, not only those now living but those of the Dominican saints and beatified, holy men and holy women. Think of Dominican saints such as Dominic, Thomas Aquinas, Albert the Great, Martin de Porres, Catherine of Siena and Rose of Lima — plus countless other Dominicans in heaven who are praying for members of the confraternity here on earth.

The prayers of the confraternity continue throughout life and for all members after they die because deceased members also share in these benefits.

Members have the special protection of the Mother of God. It is one of the 15 promises Our Lady made for all those who pray the Rosary and which she gave to St. Dominic and to the Dominican Blessed Alan de la Roche. And members can receive a plenary indulgence on the day of enrollment and on seven major feasts.

In February 1491, in the papal bull Splendor Paternae Gloriae, Innocent VIII called this Rosary organization “a most devout confraternity.” So highly did St. Charles Borromeo regard the confraternity, he had every parish in his diocese establish one.

Among the long line of popes who championed the Confraternity of the Most Holy Rosary was Leo XIII, who wrote several encyclicals on the Rosary. Leo XIII urged all priests everywhere to zealously promote this confraternity because of the superabundant spiritual advantages. “From the Confraternities,” he wrote in his 1893 encyclical on the Rosary, Laetitiae Sanctae, “the rest of the faithful will receive the example of greater esteem and reverence for the practice of the Rosary.”

And Leo XIII made clear in his 1898 apostolic constitution, Ubi Primum: “For whenever a person fulfills his obligation of reciting the Rosary according to the rules of the confraternity, he includes in his intention all its members, and they in turn render to him the same service many times over.”

Popes after Leo XIII and well before him also highly regarded the confraternity, the history of which stretches back to the first societies just before 1475 during the time of Blessed Alan de la Roche’s ardent promotion of them. In fact, Leo XIII thought it much older, once stating, “Its origin is distinguished by its antiquity, for St. Dominic himself is said to have been its founder.” Whatever the case, over the centuries, countless people have become members.

Matthew Sferrazza of Dix Hills, New York, joined in May 2017 through one of the Dominicans’ four provinces throughout the United States. He discovered something very important about the confraternity.

“The confraternity has an aspect analogous to the Communion of the Saints, or attendance at Mass,” he told the Register. “Simply praying, ‘Pray for us sinners, now and at the hour of our death’ is a prayer for all persons. Although a person may be unknown to us and uninvolved in our lives temporally, prayer forms a true relationship, just as charity, since it extends to all men, entails a true offer at least of friendship to people in the farthest reaches of the world. The spiritual and moral unity of man is greater than the physical unity of proximity and temporal affairs, and the confraternity of the Holy Rosary adds to this unity.”

Sferrazza seeks to inspire people to become members of the confraternity.

He pointed out that everyone should think about all those members of the confraternity, from priests to elders to children, praying those three Rosaries weekly and including every member’s intentions. Knowing that, why would anyone “forfeit without cause hundreds of Rosaries at least bearing their petitions?” he asks. Similarly, in Ohio, Mary Leathley joined the confraternity four years ago. Looking back, she said, “When I learned about it, I was absolutely inspired. When you think of the beautiful meditation of the Rosary, and then doing that as a member of the confraternity, with all those spiritual benefits of the countless numbers of Rosaries said as you’re all in community saying it together, it’s pretty powerful.”

For example, people living in the New England and Mid-Atlantic states enroll in the Province of St. Joseph.

Some local chapters have a social dimension. They get together not just to pray the Rosary but for other types of gatherings. Some will hold Rosary processions, sometimes every month.

Or together they pray the family Rosary, or a Rosary for the faithful departed.

“Also there is a special devotion for the First Sunday of October in which roses are blessed and distributed to the faithful at a particular Mass,” Father Shonk said. “Sometimes parishes will call that Rosary Sunday. Everyone will take home a blessed rose.”

Father Shonk said that custom takes place where he is stationed at St. Patrick Church in Columbus, Ohio. Often these chapters are called Rosary Altar Societies.

As members pray for each other’s intentions, they also form “the army of prayer, enrolled by St. Dominic, under the banner of the Mother of God,” said Leo XIII in Augustissimae Virginis Mariae, quoting ecclesiastical writers describing the confraternity, adding that Mary is the one “whom sacred literature and the history of the Church salute as the conqueror of the Evil One and of all errors.”

Because of all the Rosaries, Leo XIII concluded, “The members of the Rosary Sodality, therefore, do exceedingly well in weaving together, as in a crown, so many salutations and prayers to Mary. For, so great is her dignity, so great her favor before God, that whosoever in his need will not have recourse to her is trying to fly without wings.”