Martyred Catholic judge Rosario Livatino to be beatified in May 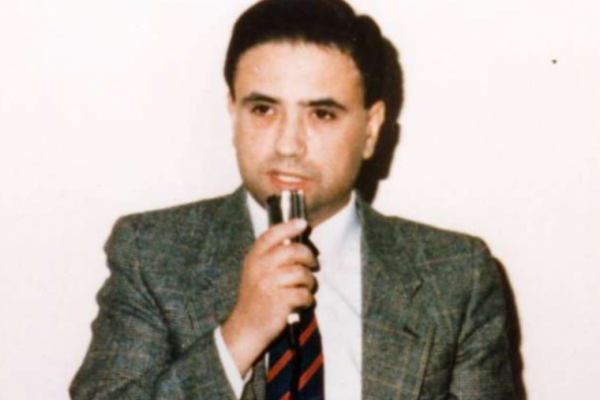 Martyred Catholic judge Rosario Livatino to be beatified in May

Cardinal Francesco Montenegro, archbishop of Agrigento, Sicily, announced the date of the Catholic judge’s beatification on Friday, together with his coadjutor, Archbishop Alessandro Damiano.

Livatino’s beatification Mass will take place in the Cathedral Basilica of Agrigento, where the martyr’s mortal remains will be translated from his hometown of Canicattì, which is about 21 miles to the northeast.

The mafia killed the 37-year-old magistrate on Sept. 21, 1990, because of his efforts to combat organized crime in Sicily.

He was driving unescorted toward the Agrigento courthouse when another car hit him, sending him off the road. He ran from the crashed vehicle into a field, but was shot in the back and then killed with more gunshots.

The beatification date falls on the 28th anniversary of St. Pope John Paul II’s visit to Agrigento in May 1993.

Situated on the southern coast of Sicily, Agrigento was one of the leading cities of Magna Graecia during the golden age of Ancient Greece. It got its nickname, the “City of Temples,” because it is home to the largest and best-preserved ancient Greek buildings outside of Greece. Today the city has a population of around 60,000 people and is the seat of the archdiocese.

Cardinal Montenegro and Archbishop Damiano said in a letter last month that Livatino’s holiness “is rooted in its original context, but goes beyond the confines of a circumscribed place to take on much larger dimensions.”

They called him an “unprecedented model of holiness” in the history of the Church because he will be the first lay magistrate “engaged on the front line in the fight against the Mafia, to be proclaimed ‘blessed’ and martyr.”

Livatino has been noted for his exemplary courtesy to everyone — even toward the criminal defendants who came before his bench.

One of the magistrate’s high school classmates, Giuseppe Palilla, said when they were collecting witness testimony about Livatino’s life, they could not find one person who spoke badly about him.

Fr. Giuseppe Livatino, postulator of the cause for Livatino’s beatification and his cousin, said that the young Catholic judge provided a “credible witness” of coherence in his life of faith and his daily work.

“More than just ‘holy cards,’ Christians today urgently need credible witnesses. And that [is what] Rosario is,” his postulator said.

“Livatino drew directly from the experience of the saints, and in every dimension of his life he rejected any mediocrity,” Fr. Livatino said. “What he has to do, Rosario likes to do it right. He pursues that ‘perfection’ indicated by Jesus in the Gospel, to build the Kingdom of God.”

“Rosario had drawn his profound wisdom from the Gospel and the Magisterium of the Church. He knows and lives the Gospel, knows and applies the reflections of the [Second Vatican] Council Fathers on the role of the lay faithful in today’s world,” he said.