Meet a Catholic Composer at the Cutting Edge 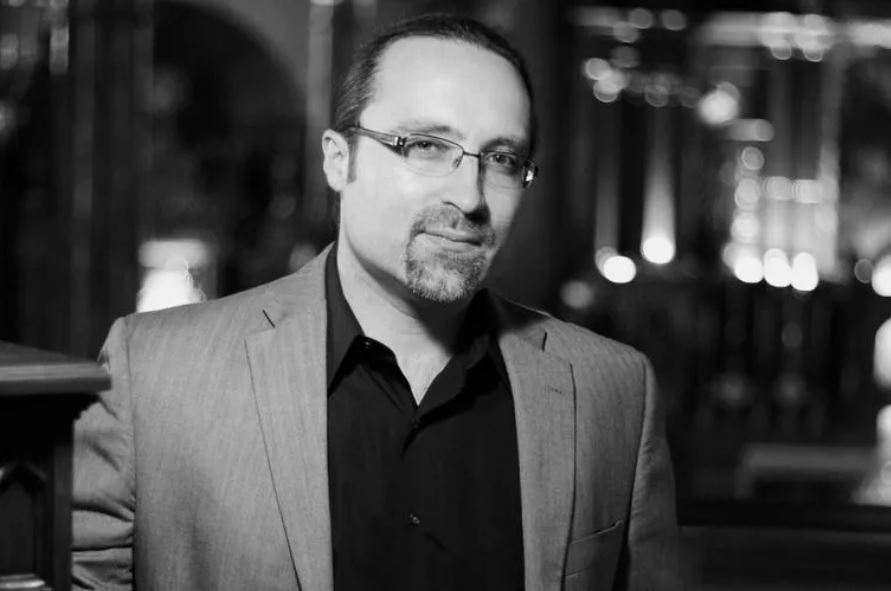 Meet a Catholic Composer at the Cutting Edge

Mark Nowakowski is part of the musical ‘Catholic Renaissance’ underway.

“So-called ‘Christian’ art which tries to use popular language to express the depth of the sacred, I think, is entirely missing the point. That is why reaching for sacred heights in music has never been more important: We have quite the spiritual supplement — dare I say, antidote? — to the vapid morass of modern life, and it should be distributed widely.”

So says Mark Nowakowski, speaking to the Register last fall from his home in Ohio.

Although born and raised a Catholic, Nowakowski abandoned his faith by adolescence, describing his local church as akin to “a country club run by old people.” His return to the Church in adult life was due to meeting friends who exposed him to the intellectual rigor of Catholicism.

“Because God took advantage of my pride,” Nowakowski reflected, “in studying Catholicism in an effort to debunk it, I ran face-first into its spiritual majesty, its brilliant artistic magisterium, its unparalleled philosophical tradition, and the only explanation of the human condition, which I found complete and convincing. I began converting before I was even entirely sure of Christ, because it was the most sensible thing to do.”

Nowakowski’s appreciation of sacred music also helped to lead him back to the practice of his faith. He came to see that his musical and Christian vocation were very much intertwined. He also says learning about the events at Fatima in 1917 was pivotal to his return to the Church.

“Fatima,” he concluded, “made sense and explained so much of what is happening today.”

“I’m not sure I can make such a distinction,” replied Nowakowski. “If art is a real spiritual vocation, as John Paul II suggested in his ‘Letter to Artists,’ then I can no more divide my Catholicism from my vocation as a composer than I can divide it from my vocation as a husband and father.”

Born in Chicago to Polish immigrant parents in 1978, Nowakowski received his doctorate in musical arts from the University of Maryland, where he also won the biennial Walsum Award for Excellence in Music Composition. He holds a professional studies degree from the Cleveland Institute of Music, where he was assistant director of the CIM New Music Festival and was awarded the Donald Erb Prize in Composition. He holds his master’s from the University of Colorado and two undergraduate degrees from Illinois State University, where he graduated with honors in both music theory and arts technology. He has taught at the University of Maryland, Christendom College, Benedictine University, and DuPage College of Illinois, and he currently serves on the faculty of music at Kent State University. In addition, he sits on the board of directors for the Catholic Art Institute.

As a composer, Nowakowski describes his musical compositions as representing “a modern merger of bold expressionism and mystical contemplation, Slavic pathos and American individualism.” His music derives a great deal of its experiential and aesthetic influence from his bicultural experience.

His work has been commissioned and performed globally. In 2011, the Kronos Quartet premiered his String Quartet #2: Grandfather Songs at the International Festival of Polish Music in Krakow. In 2012, Nowakowski was the composer in residence for Projekt Mozart, seeing his O Pieknosci Niestworzona premiered in a concert tour of seven Polish cities, culminating in Czestochowa and Warsaw. In 2008, he served as the composer in residence for the Canton Symphony Orchestra in Ohio.

His 2017 debut album for the Naxos label, Blood, Forgotten was praised by Gramophone Magazine for its “intense emotional worlds,” with “writing that is at once fierce, haunting, and mystical,” while evoking “dramatic and psychological atmospheres as if Bartok and Shostakovich were looking over his shoulder but with his own sense of urgency, rhythm, and color.” Reviewer David Denton suggested that with this album, “Nowakowski has positioned himself among the cutting-edge composers.”

Currently, he is composer in residence for His Majesty’s Men.

Philosophically and spiritually, Nowakowski claims to be deeply influenced by the long history of Catholic mysticism and the profound meeting of East and West. He is, he said, “always seeking the transcendent element.” But what exactly does he mean by this?

“Many things,” Nowakowski answered. “If a summary is possible in a short span, perhaps it is this: Music at its best has a transcendent element which guides us to experience the essential aspects of reality; this makes it a natural counterpart to authentic religious striving, hence the clear relationship [of music] to mysticism. I might even go so far as to say that the prayerful aesthetic experience can be a form of mysticism in and of itself, though I’m not yet sure if this is a universal experience. The Church, at her best — breathing with both lungs — must inspire and support such things. This is where I draw the inspiration for my work from.”

Nowakowski credits a long list of composers who have influenced his work.

“There is a group of composers who survived the European socialist nightmare during the second half of the 20th century,” he explained, “along with surviving the nightmare of the modernist aesthetic, coming out on the other side with a body of work which I think is eminently spiritually potent for Christians, as well as being an antidote to modernism in general.”

“There is,” he concluded, “really so much great music out there that we don’t ever have to reach for second best: There’s an embarrassment of riches.”

What drew Nowakowski to classical music as opposed to more popular music, ultimately, came “down to the relationship between Catholicism and quality. It was long considered the most natural thing for the Church — which calls us to spiritual excellence no matter what dysfunctions may be popular in the world — to also inspire the greatest art.”

“Nowadays we find ourselves at a strange and confusing place in history, where quality is relativized and various aesthetic experiments in the Church have come and gone,” he said, “while there is a glowing omnipresent pop culture which daily grinds down our sense of the beautiful and the eternal. And yet the Church at her heart still calls us to excellence, and I am somehow ever mindful of Christ’s call to ‘put out into the deep.’”

Nowakowski sees classical music as providing a compass for this journey into the deep. “The greatest music I have heard — all of it is ‘classical,’ in some shape or form — is capable of resharpening our senses to the eternal and helping us develop a vision for this journey of putting out into the deep. If I can contribute even one piece of music which can do this for somebody else, then I will have fulfilled my professional vocation.”

This sense of musical vocation manifested itself to Nowakowski “sometime in my later teenage years.”

“I began to sense that I was being given music to write down,” he said. “At first, it was like being at the edge of a forest, looking through a foggy clearing and seeing objects moving in the tree line. Trying to get closer to these objects to perceive and preserve them [in music] became a compulsion.”

It was later, when Nowakowski returned to the practice of his Catholic faith, that he says he “saw the natural place of the composer in the Church and began to draw great inspiration from the aesthetic magisterium.”

So does Nowakowski see his music as part of a wider cultural movement? And if so, is there a place for Catholic-inspired musical compositions in helping rebuild our fractured culture?

“I think that we will be unable to even begin the rebuilding of our culture if we accept the current relativistic attitudes on aesthetics prevalent even in the Church,” he said. “I will bring not just high music, but the rest of the high arts into this question, as well, because I think God is speaking clearly on this vital issue in our own time.”

“Because, in recent years, I’ve been humbled and excited to meet and connect with astounding artists in all disciplines across the United States, I can say with great confidence that God has currently called enough quality artists to his cause that a veritable ‘Catholic Renaissance’ can begin — even today — if Catholic faithful and our hierarchy would only support it and give it its proper place. I have the impression that with modern technology and knowledge, we could have a second Renaissance that could exceed the previous Renaissance, in both volume and quality of excellent work. It’s my great dream to see this happen.” 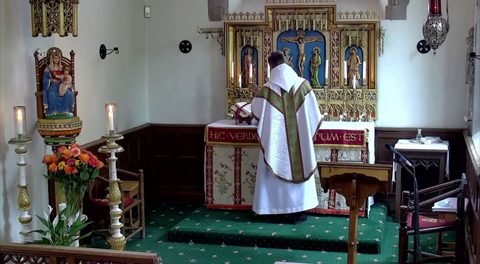 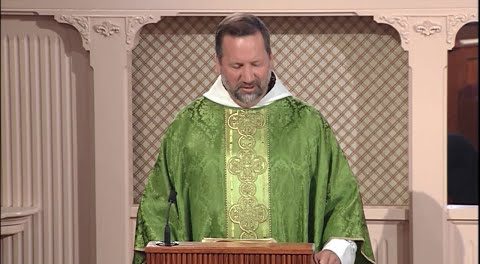 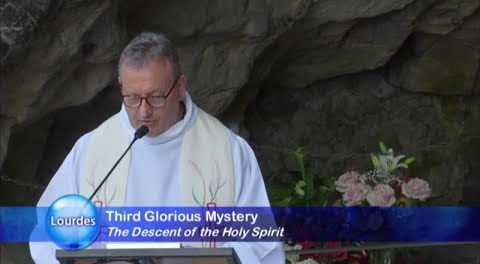 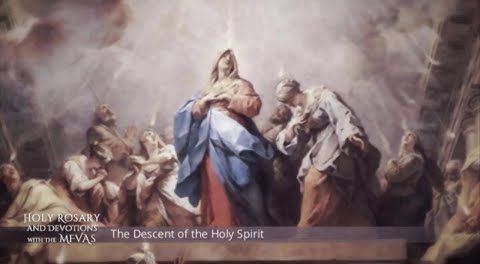 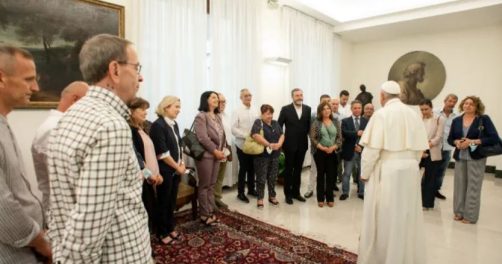 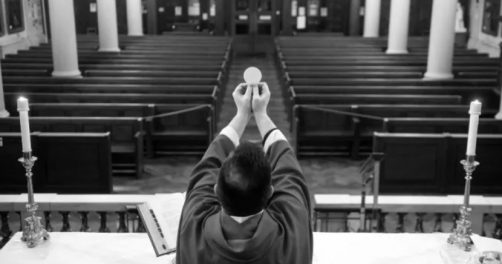 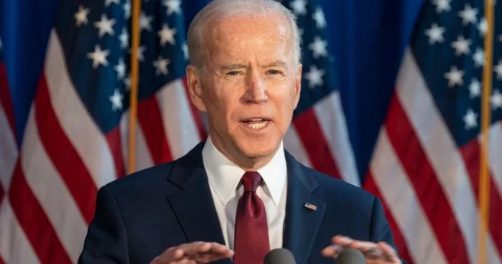 Biden Doesn’t Expect Not to be Admitted to Holy Communion 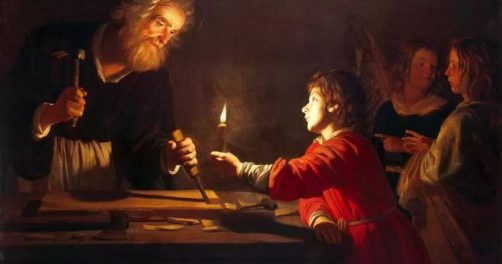