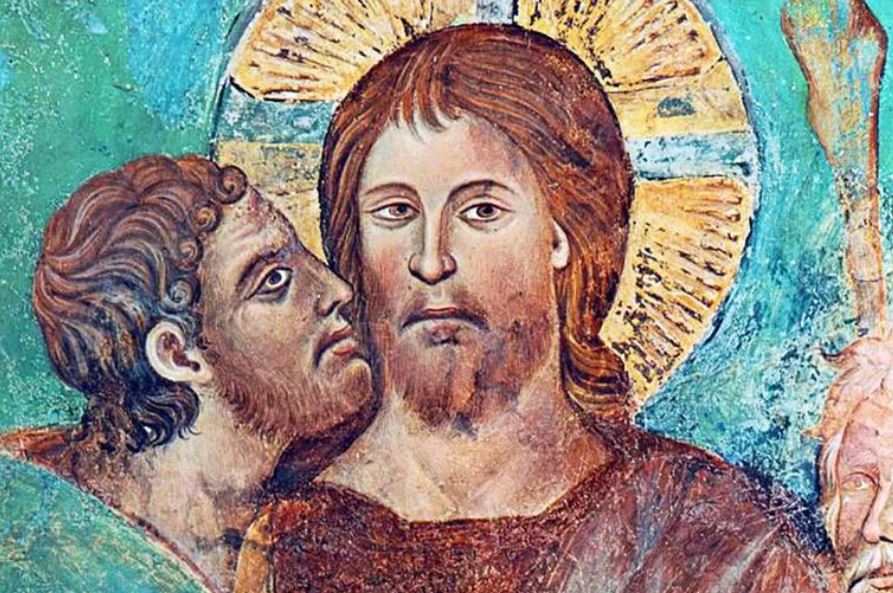 Attempts to rehabilitate the image of Judas Iscariot reflect the modern tendency to proclaim mercy detached from contrition and repentance.

A recent writing by Father Primo Mazzolari in L’Osservatore Romano sets forth the view that Judas was forgiven by Our Lord.

Is this also the view of Pope Francis? It is not possible to say.

But considering the status and visibility of L’Osservatore Romano, the article set off a vigorous debate that reflects well a common modern error — namely, the proclamation of mercy in a detached way, severed from proper repentance and a clear seeking of mercy from God. There is a presumption that God bestows mercy quite indiscriminately whether a person is desirous of that gift or not.

What are we to say of Judas? To many modern readers, Judas is something of a sympathetic character. Some of this is due to our (rather flawed) moral reasoning — reasoning that places exaggerated emphasis on subjective issues (such as intentions and feelings) and almost no emphasis on the objective morality of the act itself. Granted, both elements are important, but our modern emphasis creates a skewed tendency to evade personal responsibility and to overlook the objective harm of sin.

But to be fair, the biblical text itself also evokes some sympathy for Judas,  who is presented as deeply regretting what he had done and even went so far as to return the money. The text says:

“When Judas, who had betrayed him, saw that Jesus was condemned, he was seized with remorse and returned the thirty pieces of silver to the chief priests and the elders. ‘I have sinned,’ he said, ‘for I have betrayed innocent blood.’ ‘What is that to us?’ they replied. ‘That’s your responsibility.’ So Judas threw the money into the temple and left. Then he went away and hanged himself” (Matthew 27:3-5).

And so, we must not fail to face the fact that he went and hanged himself — which, while further indicating his sorrow, remains objectively an act of despair. Instead of turning to the Lord, he turned in on himself and sought to end the pain of his guilt rather than facing the Lord, admitting his sin and humbly seeking mercy from the Lord and his Body, the Church.

In this, Judas acts quite differently from Peter, who at first ran off in sorrow after denying the Lord, but did not turn in on himself. Rather, despite his humiliation, Peter remained rooted in the early community of the Church and found healing with the Lord in an honest conversation at the lakeside (John 21). None of this could have been easy for Peter. Surely a part of him wanted to run off and hide his guilt and shame from the Lord and from others. But unlike Judas, he stayed in communion with the early Church and let the Lord find him.

To understand this difference, consider what St. Paul teaches on the two kinds of sorrow for sin, as we ponder Judas and his fate:

“Even if I caused you sorrow by my letter, I do not regret it … because your sorrow led you to repentance. For you became sorrowful as God intended and so were not harmed in any way by us. Godly sorrow brings repentance that leads to salvation and leaves no regret, but worldly sorrow brings death. See what this Godly sorrow has produced in you: what earnestness, what eagerness to amend yourselves, what indignation [at sin], what alarm, what longing, what concern, what readiness to see justice done” (2 Corinthians 7:8-11).

And thus, Godly sorrow draws us to repentance and back to a transformative relationship with the Lord. And Godly sorrow leaves no regret because of the healing, merciful and joyful relationship to which it restores us.

In this way, we can see how Judas’ sorrow was lacking in two important fruits. First, it did not lead him back to salvation, that is, back to Jesus. Second, it did not remove regret. Judas remained devastated and was not willing to seek to return to a relationship with Jesus.

Why was this? It is hard to say. Perhaps he would have been too humiliated to face Jesus or the community. Whatever regret he had, he was not willing to share it humbly. And thus, instead of turning to the Lord, he turned in on himself and sought to end his pain on his own terms rather than those of the Lord or his Body, the Church.

St. Paul says simply and bluntly of worldly sorrow: “It produces death.” It is known by its fruits: separation, isolation, inwardness and finally death — both spiritual and physical.

So, then, what became of Judas in terms of salvation? Some retain the hope that perhaps he could ultimately have been saved. Was he? Here too we cannot certainly say. But Jesus himself gives us a rather sad clue when he says of Judas:

“The Son of Man will go just as it is written about him. But woe to that man who betrays the Son of Man! It would be better for him if he had not been born” (Mark 14:21).

It is difficult for us to imagine Jesus saying this about a man who is ultimately saved and makes it to heaven. Though we are not sure, it certainly doesn’t look too good for Judas. Jesus is teaching us that we are responsible for our actions and that even our repentance can be flawed and rooted in pride and not turned toward God.

Our sympathy for Judas has understandable roots. But in the end, his fatal flaw (and the difference between him and Peter) was that Judas repented unto himself, not unto the Lord. When you walk, sometimes you fall — but if you fall, make sure you fall on Jesus!

Some also argue that Judas had no choice. He had been assigned a role and had to fulfill it. This of course is destructive of human freedom and dignity. It is true that God had always known what Judas would freely do. God knows this from his perspective in eternity. But this did not compel Judas. Knowing something in advance does not force it to happen. I may know that you will be at the doctor’s office today at 2pm but that does not force you to be there.

Judas freely acted. God had known what he would sinfully do and had planned accordingly. But Judas was not a puppet, nor was he an actor forced to read lines and perform roles. He was a free human agent who acted on his own initiative.

A final postscript to the sad story of Judas is to ponder what might have been. Can you imagine the glory of the moment had Judas come to Jesus in sorrow and received mercy and forgiveness? Imagine beautiful churches all over the world named “St. Judas.” Imagine the novenas to “St. Judas, Refuge of Criminals” and “St. Judas, Patron of Lost Souls.” Imagine the prayers to “St. Judas for a Worthy Confession.”

But none of this was to be, “for worldly sorrow brings death.” Save us, O Lord, from such final and inward-looking despair!

Wishful thinking, as is evident in the article from L’Osservatore Romano, tends to overlook harder truths of the Scriptures — which speak of mercy, yes, and conversion, but which also speak of sin and its toll, and warn of judgment for those who reject God, his Kingdom and even the mercy he offers.

We cannot know for certain Judas’ fate, but Jesus is tersely clear enough to point to the likelihood of a bad end. The bland and widespread view today that most, if not all, are saved is too dismissive of human freedom, the need for conversion and virtue, and what the Scriptures say about the human tendency to prefer the darkness (John 3:21).

Judas is at best a puzzling personality, but at worst he is a tragic figure who exemplifies what the Lord says of those who reject his truth and mercy: “Better he had never been born.”