Missouri nuns have a history of being targeted for shootings, harassment 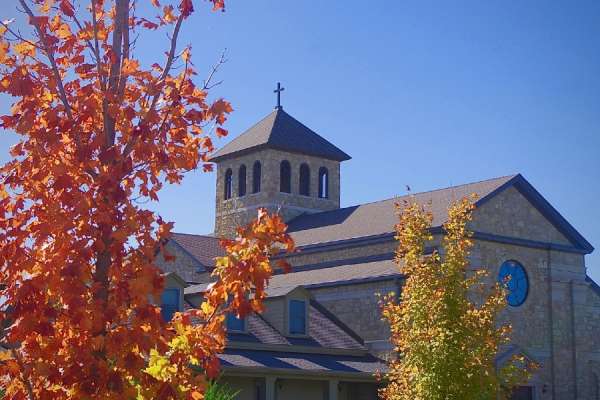 Missouri nuns have a history of being targeted for shootings, harassment

Washington D.C., Apr 6, 2021 / 12:00 pm (CNA).- A recent series of shootings at a Benedictine abbey in Missouri is only the latest manifestation of ongoing violence and harassment against the nuns there, the mother abbess says.

Last week, the Benedictines of Mary, Queen of the Apostles in Gower, Missouri, reported that they were seeking to upgrade the security of their abbey following three shootings on the property since February. The nuns are looking to raise $200,000 for an eight-foot wall around the property.

On March 24 two bullets had been fired into the bedroom of the mother abbess.

“On March 24th, just after 11:00 pm, loud gunshots were heard by many Sisters in the Abbey. Some of the Sisters arose, but soon returned to sleep, as we have sadly become desensitized on account of the many incidents of inappropriate activity around our monastery,” stated a message from the community after the shooting.

“In the morning, Mother Abbess discovered two bullet holes in her bedroom. A bullet had entered through the exterior wall, punched a hole beneath the Sacred Heart picture, and continued to penetrate through the wall directly opposite, being stopped by shower wall on its other side. Mother Abbess was sleeping several feet from the bullet’s trajectory,” the nuns said.

Yet Mother Abbess Cecilia, OSB, told CNA that the shooting was only the latest “offensive behavior” toward the nuns in the decade they have resided at the abbey. The nearby town of Gower has a population of just over 1,500; the abbey itself is located outside the town near the intersection of two roads.

“In August of 2019, someone drove right on to our property and fired shots for about 45 minutes, even shooting directly toward two sisters,” she told CNA in an email. “They couldn’t see the shooter, but heard bullets whiz past them.”

Mother Cecilia told CNA that even before the nuns arrived in Gower, they were subjected to harassment and violence from the community.

“Even before we moved here, we put in place a shrine with a statue of Our Lady of Lourdes on the property. We discovered she had been shot in the waist on one of the visits to our property,” she said.

Since the sisters moved in, Mother Cecilia said that cars have stopped to watch the nuns while they work, and that people have been “shouting obscenities and honking their horns as they drive by, shining headlights into our windows at night.”

That harassment escalated into a shooting on the property in 2019, with three more shootings this Lent.

“On Ash Wednesday, at about 10:15pm, a few sisters heard other shots fired toward our building. And a couple of days after that, a single shot was directed toward the church,” she said.  “We did not discover the bullet in the door trim, nor the hole in the stone until many days later.”

Despite having two bullet holes pierce her bedroom wall on March 24, Mother Cecilia told CNA she’s doing “very well” and that there is “no doubt in my mind that St. Michael and our guardian angels are watching over and protecting us at all times.”

“I think we might find out on the other side of the veil, how many bullets have been deflected by them, considering the number of shots we could hear being fired,” she said. “I, and all the Sisters, are peaceful and full of confidence in the loving care of Our Heavenly Father.”

In response, the nuns are seeking to raise funds for an eight-foot wall near the road, as well as for the installation of security cameras.

“It is unsettling to have cars driving slowly by, sometimes stopping to watch while the Sisters work,” Mother Cecilia said. “This wall will be both for our security and much needed privacy.”

Police are currently investigating the shootings. For those wishing to designate donations for the wall fund, the nuns have directed them to their website,.

So Now You’re Catholic! A Welcome...