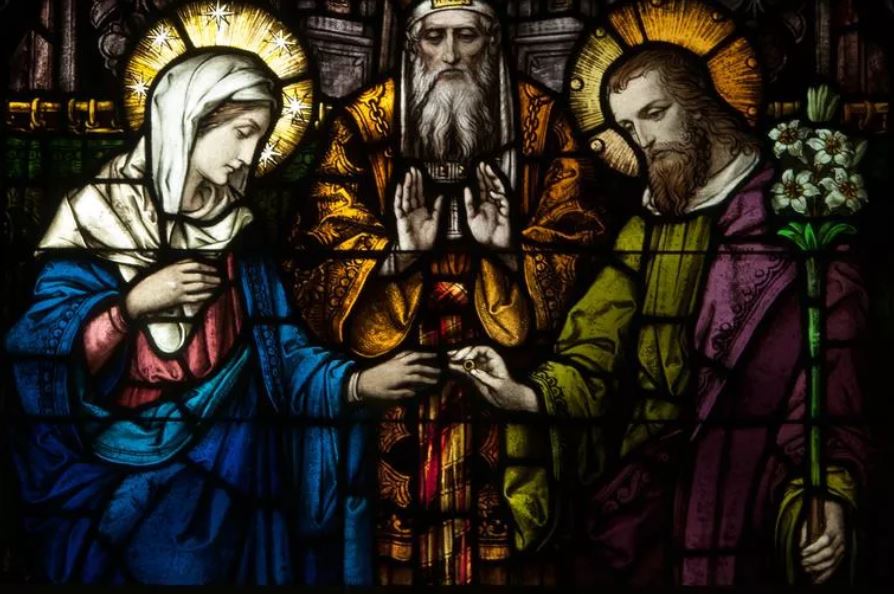 The Holy Spouses Society teaches couples with Mary and Joseph in mind.

Every Jan. 23, couples head to Our Lady of Guadalupe Church in Bakersfield, California, and St. Joachim parish in Madera, also in the Golden State, for Mass on the feast of the Holy Spouses. Celebrating this feast together at Mass is one of eight ways these husbands and wives, who are members of the Holy Spouses Society, learn to emulate the Holy Spouses — Mary and Joseph — every day of the year.

“That day we renew our vows, and that gives me refreshment with what I promise to my husband, and it’s beautiful,” Veronica Hernandez said. She and husband Francisco “hold hands, and we repeat something similar to the words when we got married,” she explained. They have been members since 2008.

The Holy Spouses Society (online at HolySpouses.org) is the vision of Father Larry Toschi, an Oblate of St. Joseph and pastor of Our Lady of Guadalupe Church. He wanted to heal marriages and prepare engaged couples to live “according to the Church’s teaching on the twofold and inseparable purpose of marriage: union in love between husband and wife and openness to life,” he said, noting that couples must value “children being appreciated as the greatest fruit of marriage, the crown of marriage as the Church says,” and know “about the immorality of contraception” and “the benefits of natural family planning.”

So, in 1984, he developed a “Life-Giving Love” two-day workshop. It was the seedbed from which the Holy Spouses Society would grow — a society helping couples stand strong in married love.

“We look at the Holy Spouses as models, the perfect married couple,” Father Toschi said. “Redemption starts with the Incarnation, with Mary and Joseph. Every act is redemptive those 30 years in Nazareth. It started with them as a betrothed couple.”

The example and help of the Holy Spouses aid couples to grow deeply committed to each other, strong in their marriage covenant and family, and quite active in their faith.

Explained Father Toschi, “What constitutes the society is that a couple commits to eight key points,” one of which is to attend Mass on the Jan. 23 feast day.

Known in the pre-Vatican II missal as the “Betrothal of Mary, Most Holy, and St. Joseph” or the “Espousal of Mary and Joseph,” in 1961, along with other feasts, it was removed from the calendars where celebrated. But with their charism and permission, the Oblates of St. Joseph have been celebrating this feast since 1921. Thus, this year marks their centennial celebration.

The Holy Spouses Society grew when Father Toschi became pastor at Our Lady of Guadalupe in 2010, after he had started the society at St. Joachim’s. “As pastor I had the ability to have the ‘Life-Giving’ workshop mandatory for anyone who wanted to get married,” he said. “In the workshop they have the invitation to commit to the Holy Spouses Society.” The effort continues at other Oblate parishes, including at St. Joachim’s under the guidance of Father John Warburton.

Couples can also make the commitment other times — for example, at the annual Mass of the Holy Spouses on Jan. 23. A number of couples have chosen to enroll on the day of their wedding ceremony.

Besides attending this annual Mass, the other seven commitments are to attend together a “Life-Giving Love” workshop once, pray at least part of the Holy Spouses Rosary (see information at HolySpouses.org/Rosary) together weekly, have a Holy Spouses picture enthroned in their home, live marriage as a call from God, respect children as the greatest fruit of marriage, uphold the Church’s teaching on the two inseparable ends of marriage, union in love and openness to procreation, and avoid using artificial contraception.

It includes St. Joseph in 10 mysteries and in a prayer patterned after the Hail Mary that asks Mary and Joseph’s intercession as Holy Spouses. It’s an extension of the Joyful Mysteries.

Celebrating the feast day, praying the Rosary, enthroning the picture, and attending the workshop are vehicles for living the other four points, which are obligations of every married couple.

The workshop lays the foundation because, as Father Toschi explained, the essentials about the ends of marriage and the harm of contraception couldn’t be dealt with effectively in a simple class or short time in the confessional.

The workshop presents everything from essential Church teachings on marriage, family and parenthood to the Church’s plan versus the contrary world’s plan for love, and “all the harm caused by contraception to emotional relationships, to the soul, and to society and the Church,” Father Toschi said, which is why there is an emphasis on Church-approved natural family planning.

“The purpose of all this is to have holy couples living the sacrament of matrimony as taught by our Church and raising children in a loving marriage according to God’s plan for holy families,” Father Toschi added.

“I see it as the most fundamental for the renewal of society and for the renewal of our Church. It’s got to start with marriage, and the biggest wound to the Church and to society is contraception and the lack of appreciation for children, which has led to divorce, acceptance of homosexuality and abortion.”

During their marriage preparation, Michelle and Juan Pablo Ayala of Our Lady of Guadalupe parish learned of the society, and they knew they wanted to be a part of it.

“It was comforting to me to know other couples were living this lifestyle,” Michelle said of God’s plan for love, “and that they were there beside us to live according to Church teachings.”

“We were looking for good role models that we could follow in our marriage and how to be closer to God.” Although there are no formal meetings, the Ayalas meet with other couples in the Holy Spouses Society regularly.

Francisco Hernandez, Veronica’s husband, says the society is an encouragement to them.

“When we found out that plan God has for marriage and the family, we started focusing and living this way of life,” he said. “Every day we try to live our marriage the way it was created to be. It’s so wonderful, marvelous. We’re so happy. We think now, ‘Why don’t we invite another couples to this way of marriage?’” Twice a month Francisco gathers small groups of couples together at their home, and every year they inspire seven to 10 couples to become society members, encouraging people to “live their marriage like God created it [to be].”

They also enthroned the picture of the Holy Spouses in the living room. “When the couples come in, that is the first thing they see,” Francisco said.

An Oblate in Italy painted the Hernadezes’ image, which pictures Mary and Joseph before the Annunciation, and is now the image the Holy Spouses Society makes available to participating couples at the society’s website.

When Father Toschi was pastor at St. Joachim, he enthroned the image and blessed the house of Bruce and Christina Simmons, parishioners of St. Joachim Church.

Living marital life as taught in the Holy Spouses Society “has helped us learn to pray together,” Bruce said, “helped us to learn to talk to our children, and to look to Joseph and Mary as role models, and to be a role model for them, and for them to be able to see us …”

Vatican Archbishop: Turn Off Your... 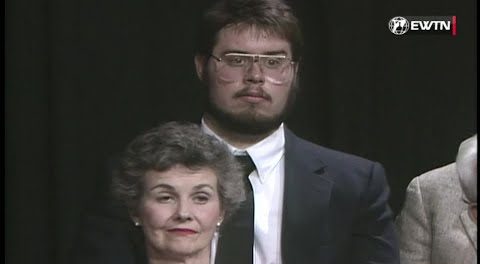 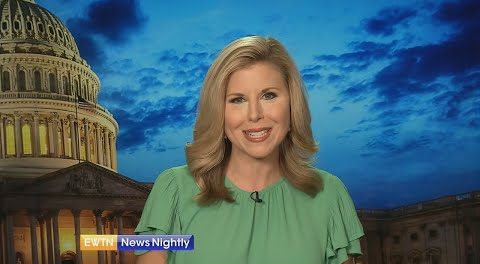 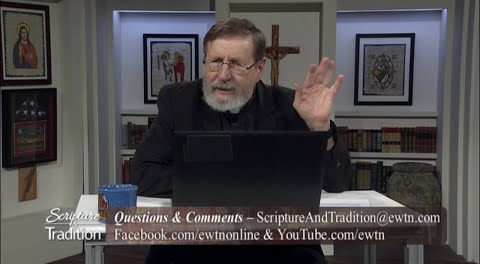 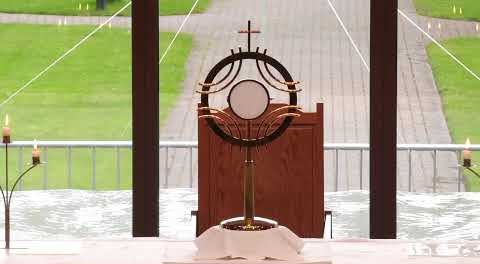