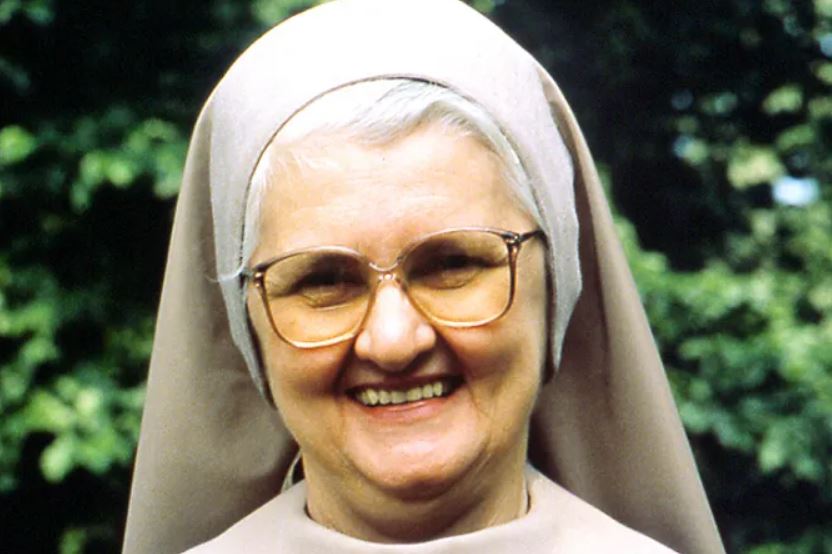 Two pieces of what is believed to be the original communion rail from St. Anthony’s parish were donated last summer to the museum.

Previously, the pieces of the rail were at an Italian restaurant in neighboring Perry Township. They were moved there with permission from the parish after the communion rail was removed during a renovation in the 1970s.

Barbara Gaskell, who owns the Mother Angelica Museum, learned that the restaurant had repurposed part of the communion rail last summer. She was put into contact with Dr. Robin Capaldi Ford-Rigsby, whose parents owned the restaurant, and inquired about the rails. Ford-Rigbsy’s late father was a parishioner at St. Anthony’s, and knew Mother Angelica.

“She was so nice; she got back to me the next day,” Gaskell told The Repository, a newspaper in Canton. “I told her what we were doing and she was delighted. They let us take the front two pieces. Her husband even helped us remove it.”

Additionally, Ford-Rigsby donated two lights that formerly hung in the sanctuary at St. Anthony’s to the museum.

Ford-Rigsby told The Repository that her parents would be “thrilled and proud” to have been able to make a donation to the museum’s collection.

“When Barbara contacted me, it was such a cool completion of the circle,” said Ford-Rigsby. “So many blessings were said at that railing.”

The Mother Angelica Museum, which is free to enter, is located at the St. Raphael Center & Bookstore in Canton. It opened in 2020.

The museum has photos, letters, and other mementos from Mother Angelica’s life, including a statue of the Virgin Mary from her home altar, a “St. Peter” fishing lure that was sold to raise money for the nascent EWTN, and recording equipment.

In addition to the museum, Gaskell also operates a “Mother Angelica Tour”, which takes attendees to locations in Canton. St. Anthony’s is a stop on the tour.

Born Rita Rizzo, the young Mother Angelica attended Mass at St. Anthony’s as a child. At the time, the parish was predominated by Italian emigrants. After experiencing a miraculous healing following a visit from now-Servant of God Rhoda Wise, Mother Angelica prayed a novena to St. Therese of Lisieux while discerning religious life.

She then entered a monastery in Canton before departing for Alabama, where she would eventually found EWTN.

Gaskell admired Mother Angelica for her candor and wit.

“She was just real,” Gaskell said. “She’d just flat-out say it. She was funny. She had a good sense of timing. I don’t think a lot scared her. She had a lot of chutzpah. She was like somebody’s Italian grandmother.”

Why did Pope Francis visit a recor...