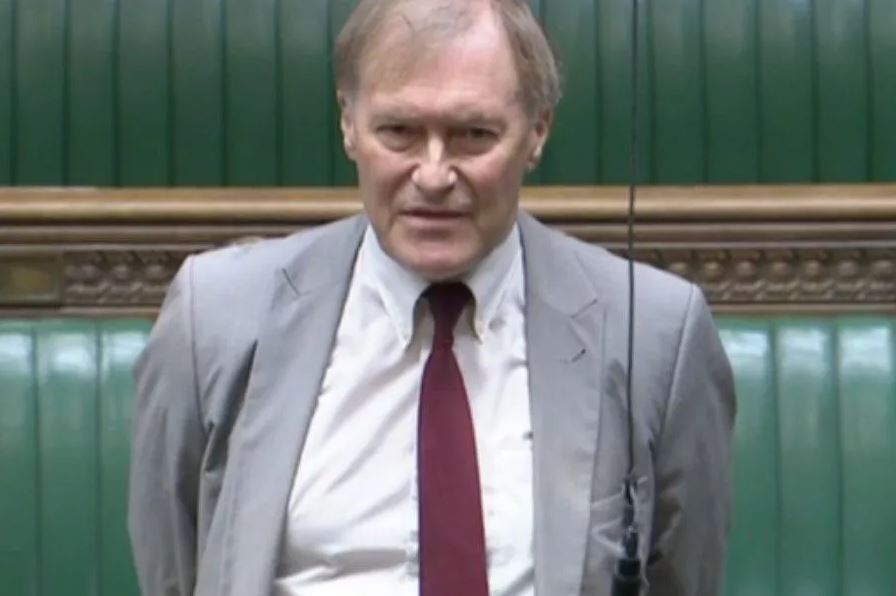 Prime Minister Boris Johnson said Amess had an “outstanding record of passing laws to help the most vulnerable.”

Sir David Amess, 69, was a Member of Parliament since 1983 and a member of the Conservative party. He was Catholic, pro-life, and reportedly a strong supporter of Catholic education and animal welfare. Amess was holding a meeting with his constituents at Belfairs Methodist Church when the attack took place.

A 25-year-old man has been arrested in connection with the killing, and a knife has been recovered.

Cardinal Vincent Nichols of Westminster released a statement paying tribute to Amess and urging prayers for him and his family.

“I pray for him that he be welcomed into the merciful presence of Our Heavenly Father. I pray for his family and friends, those reeling from shock at this time. I pray for his constituents [and] all those who worked with him in his political career,” Cardinal Nichols said.

“David carried out his vocation as a Catholic in public life with generosity and integrity. He served in Parliament for four decades and was respected by all political parties across the House. His untimely death is a great loss.”

Prime Minister Boris Johnson said Amess had an “outstanding record of passing laws to help the most vulnerable.”

Right to Life UK described Amess as a “pro-life champion.”

“Sir David’s death is a senseless tragedy and he will be truly missed. Our thoughts and prayers are with his wife Julia and their five children,” said Catherine Robinson, spokesperson for Right To Life UK.

“Since he was elected in 1983, he always, where possible, used his position as an MP to stand up for the vulnerable, including championing initiatives to introduce more protections for unborn babies and more support for women facing crisis pregnancies. Everyone who worked with Sir David knew him to be a kind, caring and jovial man, who showed real care for the most vulnerable in our society.”

Amess’ recent voting records showed that he voted against the legalization of assisted suicide, in favor of stricter gestational limits on abortions, and against ​​the imposition of abortion on Northern Ireland, among other pro-life measures.

Cardinal Nichols noted that Amess was “instrumental” in the historic visit of Pope Benedict to Parliament in Sept. 2010, during the pope’s visit to the UK. Amess had in 2006 established an All-party Parliamentary Group for relations with the Holy See, a group including people from different faiths and beliefs, Nichols said.

“He fostered this mutually respectful relationship through meetings with Cardinal Parolin, the Pope’s Secretary of State, and with other Catholic leaders. This contribution is both esteemed and will be sorely missed,” the Cardinal said.

The Catholic Bishops of England and Wales’ agency for education stated on Twitter, “The death of Sir David Amess is a horrific tragedy. He was an outstanding Catholic MP and a fervent supporter of Catholic education.”

“Eternal rest grant unto him O Lord and may perpetual light shine upon him. May he rest in peace.”

Benedict Rogers, chief executive and cofounder of the British human rights group Hong Kong Watch, said he and Amess had “worked together regularly on international human rights over the years.”

“He was very warm, kind and fun. He was always encouraging me to stand for Parliament and tried to help me in that. He had a huge smile, great humour and a very good heart. He was a great character and will be hugely missed,” Rogers tweeted.

The last British MP to be killed was Jo Cox in 2016, who was shot outside a meeting with her constituents in West Yorkshire.