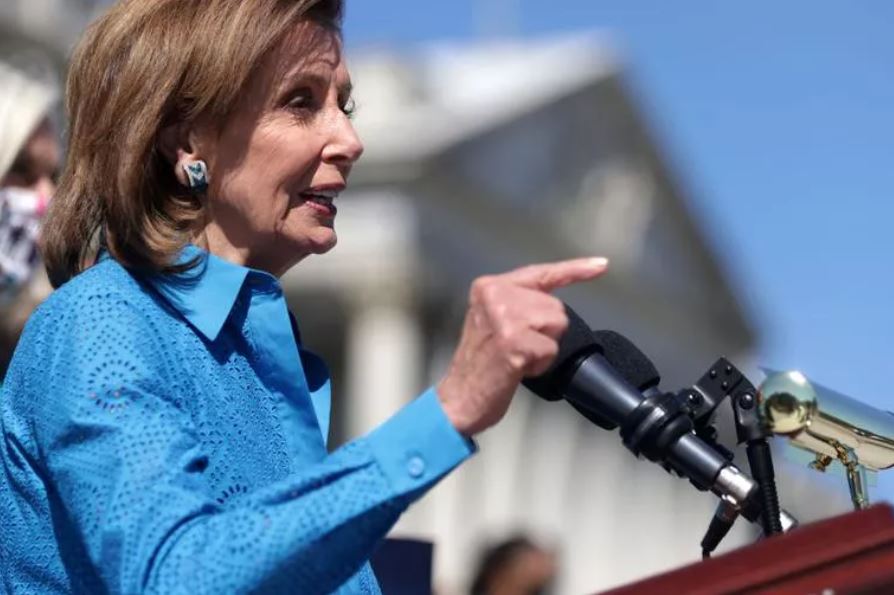 COMMENTARY: Of course, God has given us a free will — but explicitly not to be used to do evil.

A week after Pope Francis again referred to abortion as “murder,” akin to “hiring a hitman,” Speaker of the House Nancy Pelosi put forward a bill that the U.S. Conference of Catholic Bishops called “the most radical abortion bill of all time.”

The proposed legislation was given a typical Orwellian name: the Women’s Health Protection Act of 2021.

The very name was condemned by the bishops. Archbishop Joseph Naumann of Kansas City, Kansas, chairman of the U.S. bishops’ pro-life committee, denounced the “deceptively-named, extreme bill [that] would impose abortion on demand nationwide at any stage of pregnancy through federal statute.” The bill seeks to create a national “statutory right” to abortion, attempting to nationalize all abortion laws. It aims to override countless state-based rules and limitations, such as laws requiring waiting periods, laws requiring ultrasounds before a woman can have an abortion, and limits on late-term abortions.

Nonetheless, Pelosi threw the whole weight of her party behind it. Introduced by Pelosi’s California colleague, Rep. Judy Chu, it passed the House last Friday on a strict party-line vote, 218-211.

It was a huge victory for lifetime Catholic Nancy Pelosi. She called it “a very exciting day for some of us in Congress.”

Pelosi celebrated, whereas her bishop most certainly did not.

“Any reasonable person with a basic sense of morality and inkling of decency cannot but shudder in horror at such a heinous evil being codified in law,” said Archbishop Cordileone. He said it was “especially shameful that any self-professed Catholic would be implicated in such an evil, let alone advocate for it.”

But Pelosi did that, and then some.

Asked about her advocacy of such an evil by EWTN News Nightly correspondent Erik Rosales, Pelosi, as she often does in these moments, did not hesitate to invoke a theological explanation:

“The archbishop of the city of that area, of San Francisco, and I had a disagreement about who should decide this,” said Pelosi in reference to deciding “family size and timing.” She added: “I believe that God has given us a free will to honor our responsibilities.”

Of course, God has given us a free will, but explicitly not to be used in this way.

“I have set before you life and death,” declares Deuteronomy 30:19, “blessing and cursing: [T]herefore choose life.”

This is affirmed throughout the Old and New Testament. God commands us: “Thou shall not kill.”

What Pelosi affirmed is, of course, utterly contrary to how a Christian and a Catholic understands free will.

The Catechism says of free will: “Freedom is the power, rooted in reason and will, to act or not to act, to do this or that, and so to perform deliberate actions on one’s own responsibility. By free will one shapes one’s own life. Human freedom is a force for growth and maturity in truth and goodness; it attains its perfection when directed toward God, our beatitude. … There is no true freedom except in the service of what is good and just. The choice to disobey and do evil is an abuse of freedom and leads to ‘the slavery of sin’” (1731-33).

Pelosi’s party, which includes many pro-abortion Catholics, right up to the president of the United States, has become ever-increasingly beholden to the slavery of sin that is abortion. Pelosi and President Joe Biden, clearly understanding that Roe v. Wade is being challenged unlike ever before, are using every freedom at their disposal to not just preserve “abortion rights,” but to advance them to levels heretofore not achieved.

But for Catholics, using freedom in this way is wholly condemned by their Church. It is an abuse of freedom.

In his 1993 encyclical Veritatis Splendor (The Splendor of Truth), Pope St. John Paul II stated: “The relationship between man’s freedom and God’s law is most deeply lived out in the ‘heart’ of the person, in his moral conscience.” Here, he quoted the Second Vatican Council pastoral constitution on the Church in the modern world, Gaudium et Spes: “In the depths of his conscience man detects a law which he does not impose on himself, but which holds him to obedience. Always summoning him to love good and avoid evil, the voice of conscience can when necessary speak to his heart more specifically: ‘[D]o this, shun that.’ For man has in his heart a law written by God. To obey it is the very dignity of man; according to it he will be judged” (Romans 2:14-16).

John Paul II underscored that the judgment of conscience contains within it an “imperative character,” namely: “Man must act in accordance with it.” If a person “acts against this judgment … he stands condemned by his own conscience.”

John Paul II had long written about this. It was integral to his notion of “The Acting Person,” or the “Person and the Act.” Through our human freedom, granted by God via the gift of free will, a person chooses to act, and that person can act morally or immorally. How the person chooses to act really does define the person. God gave us free will, yes, but to choose good, not evil.

This latest plainly awful theological assertion from Nancy Pelosi in defense of her abortion radicalism is merely that: the latest.

In August 2008, when asked, “When does life begin?” by Tom Brokaw on Meet the Press, Pelosi spoke for her Church and even the Church Fathers, telling a national TV audience: “I would say that, as an ardent, practicing Catholic, this is an issue that I have studied for a long time. And what I know is, over the centuries, the doctors of the Church have not been able to make that definition. And Senator — Saint Augustine — said at three months. We don’t know. The point is that it shouldn’t have an impact on a woman’s right to choose.”

Then there was an infamous exchange in June 2013, when an annoyed Pelosi told a reporter asking about her defense of late-term abortion, “as a practicing and respectful Catholic, this is sacred ground to me.”

Another moment was Easter 2014, when Pelosi told Planned Parenthood, which had just awarded her its highest honor, its annual Margaret Sanger Award, that pro-lifers were “dumb.” She told the Planned Parenthood faithful: “When you see how closed their minds are, or oblivious, or whatever it is — dumb — then you know what the fight is about.”

More recently, just this past May, when asked her reaction to the bishops considering the question of whether abortion-advocating Catholic politicians like herself could be denied the Eucharist by their priests, Pelosi instructed the reporter with a firm, “No,” adding: “I think I can use my own judgment on that.”

I referred to this at the time as a new doctrine of not in persona Christi, but “In Persona Pelosi.”

These are just a few of many examples of a lifelong Catholic who has further dug in and set her own rules for unborn life and the Church and continues to create public scandal by her choices, further emboldening pro-abortion Catholic politicians from Joe Biden to the new Catholic governor of New York, Gov. Kathy Hochul, who is militantly pro-abortion.

All of this will soon come to a head, one supposes, as the bishops formulate a statement on whether “pro-choice” politicians should be permitted to receive the Eucharist. Nancy Pelosi has effectively offered herself as the poster girl for that issue. Each day, her false pronouncements make it more so. Her butchering of the Church’s teachings on abortion, from when life begins to even free will, continues unabated.