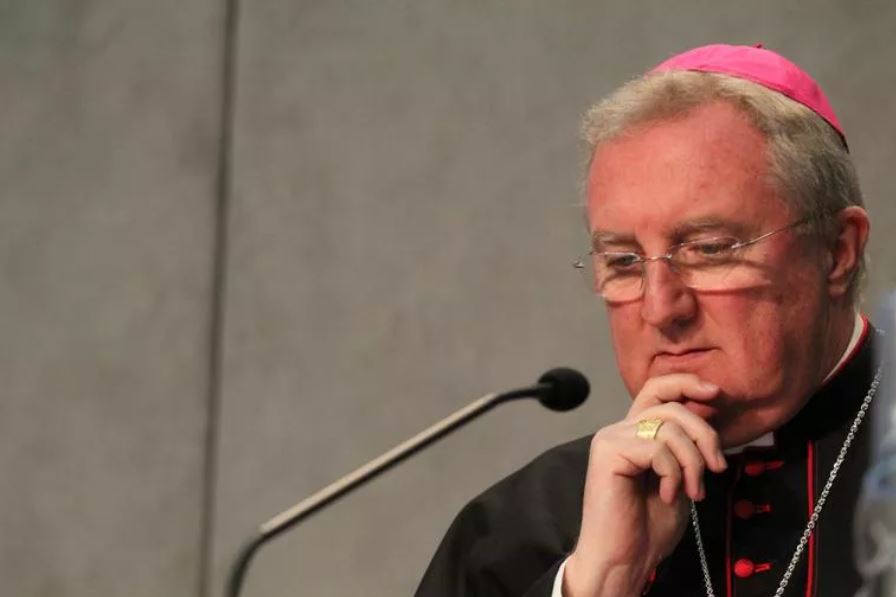 Leading the appointments announced on May 28 was Archbishop Arthur Roche, 71, who succeeds Cardinal Robert Sarah as prefect of the congregation.

VATICAN CITY — Pope Francis has overhauled the leadership of the Congregation for Divine Worship and the Discipline of the Sacraments, appointing a new prefect and secretary who share his determination to press ahead with post-conciliar liturgical reforms.

Leading the appointments announced on Thursday was Archbishop Arthur Roche, 71, who succeeds Cardinal Robert Sarah as prefect of the congregation. The Pope accepted the cardinal’s resignation in February. The English prelate had served as the secretary of the congregation since Benedict XVI appointed him to the position in 2012.

Archbishop Roche’s replacement will be Italian Franciscan Bishop Vittorio Viola of Tortona, while Msgr. Aurelio García Marcías, until now the congregation’s head of office, will take over as the dicastery’s undersecretary and be elevated to the episcopate.

Born in 1950 in Batley Carr in Yorkshire, northern England, Arthur Roche grew up in a working-class village and received the call to the priesthood at a young age. He was ordained priest in 1975 and in 1996 was appointed general secretary of the bishops’ conference of England and Wales.

A protégé of Cardinal Cormac Murphy-O’Connor, the late archbishop of Westminster, he was appointed by Pope John Paul II as an auxiliary bishop of Westminster in 2001 and a year later as chairman of the International Commission on English in the Liturgy (ICEL), where he led efforts to provide a more accurate translation of the Roman Missal from Latin, a task completed in 2012.

During that time, in 2004, Pope John Paul II made him bishop of Leeds in the county of his birth, where he served until his Vatican appointment in 2012. In 2019, Pope Francis named Archbishop Roche a member of the college for the examination of appeals in matters of delicta riservata, the gravest crimes dealt with by the Congregation for the Doctrine of the Faith that include cases of clerical sexual abuse.

As the secretary of the Congregation for Divine Worship under Cardinal Sarah’s leadership, Archbishop Roche often served as the principal interlocutor between the Pope and the congregation when differences arose between Francis and the cardinal, who has a more traditional approach to liturgical matters.

Two of the most notable examples were Francis’ reform to the mandatum to include washing the feet of women and non-Catholics on Holy Thursday, and his 2017 motu proprio Magnum Principium, which gave bishops’ conferences more say over liturgical translations.

As in the case of the latter, Archbishop Roche’s signature often appeared on documents rather than that of the prefect — the most recent example being a November 2020 letter the archbishop signed in support of Bishop Richard Stika of Knoxville, Tennessee, who had banned Holy Communion on the tongue during the coronavirus pandemic.

A key reason for this and for Archbishop Roche’s appointment as the Congregation for Divine Worship’s prefect, according to many observers, is that both he and Pope Francis share the same liturgical vision, one that Francis sees as an “irreversible” process of reform, consistent with the liturgical reforms that took place after the Second Vatican Council, and which “demands time, faithful reception, practical obedience, wise implementation in celebrations.”

The liturgical reform, Francis said in 2017, must overcome “a partial reception, and practices that disfigure it.”

Bishop Viola, the congregation’s new secretary, shares a similar outlook on the liturgy, as evidenced by some of those closest to him.

A former regional president of Caritas, he is a friend of Archbishop Domenico Sorrentino of Assisi, a former secretary of the Congregation for Divine Worship whom Benedict XVI transferred from the congregation in 2005 because, according to one pundit, he did not share Benedict XVI’s more traditional approach to the liturgy.

Moreover, Bishop Viola is known to be a protégé of Bishop Luca Brandolini, who in turn was a disciple and co-worker of Archbishop Annibale Bugnini, the principal creator of the post-conciliar ordinary form of the Mass, or Novus Ordo. Bishop Brandolini, who said he cried when Benedict XVI made the Traditional Latin Mass more accessible to the faithful in 2007, ordained Vittorio Viola a priest in 1993, and Bishop Sorrentino consecrated him a bishop in 2014.

One question being asked in Rome is whether the congregation’s new leadership views traditional worship as divisive, nostalgic, and detrimental to post-conciliar liturgical reform, and so in need of some restriction.

Concerns over possible restrictions have heightened after recent reports of a bishops’ survey regarding the Extraordinary Form that the Pope commissioned last year, the suppression of the Pontifical Commission ‘Ecclesia Dei’ that used to deal with issues relating to the traditional rite (its duties have been subsumed into the Congregation for the Doctrine of the Faith), and a document allegedly being drafted that threatens to roll back Benedict XVI’s making the traditional Mass more accessible in 2007 through his apostolic letter, Summorum Pontificum.

Bishop Viola, who wears an episcopal ring that belonged to Archbishop Bugnini and was given him by Bishop Brandolini, is thought by some of his critics to have strong reservations about Mass in the Extraordinary Form, although he may be open to debate: As a Franciscan priest in 2012, he took part in a conference with Benedictine Father Cassian Folsom, the U.S. founder of the traditional Monks of Norcia monastery in Italy.

Archbishop Roche has made clear his position, preferring what he views as the more communitarian worship of the Ordinary Form that contrasts with what he called last year a “solely clerical vision of the liturgy, in which the clergy alone are active and the faithful passive.”

Soon after the release of Summorum Pontificum, then-Bishop Roche claimed that the power of bishops to prevent Mass in the Extraordinary Form from being celebrated remained in effect — a view contrary to the text of the apostolic letter.

Both he and Cardinal Murphy-O’Connor, who similarly maintained that priests still required bishops’ permission to celebrate the Mass, drew a stern response from Archbishop Roche’s predecessor as secretary of the Congregation for Divine Worship, now-Cardinal Malcolm Ranjith, who called such misinterpretations of the document proud and rebellious.

Archbishop Roche expressed more sympathetic views in a 2015 interview with Salt and Light Television, noting that the Church has given the faithful two “valid” forms of the liturgy, the Ordinary and the Extraordinary Form. Both have aspects they can learn from one another, he said, namely “the wide application of the Scriptures, which is available in the Novus Ordo Missae, and on the other hand, a real sense of reverence and worship when we go to celebrate Mass.”

The English prelate also stressed that the celebration of the Mass “is not an expression of a community, it is not something that I’m going to in order to please myself; I’m going there because this is what I’m giving to God from the little that I have in union with Christ, his beloved son, returning all of that to the Father. If you’ve got that all in your mind, you’ll accept that as being valid in the Ordinary Form certainly, and the Extraordinary Form, too.”

He added that unity is “not just finding like-minded people, not looking simply for uniformity,” but “unity in diversity in the Church.” Liturgical battles, he added, are “ridiculous,” and stressed that “we’ve got to have great respect” which is an “attitude of mind.”

“Christ had remarkable respect for people, great sensitivity,” he said. “We’re not warriors, we’re simple servants, or as Pope Benedict so beautifully said when he was elected Pope, ‘simple servants in the vineyard of the Lord.’”

Joseph of Arimathea and the Glasto... 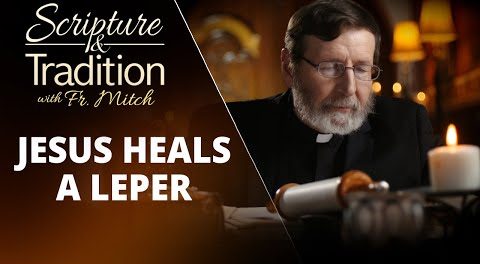 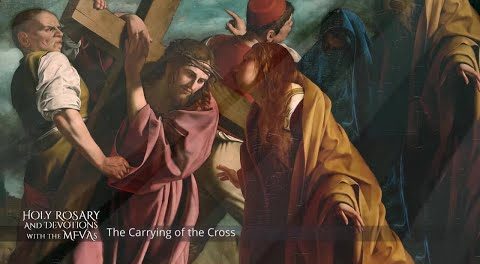 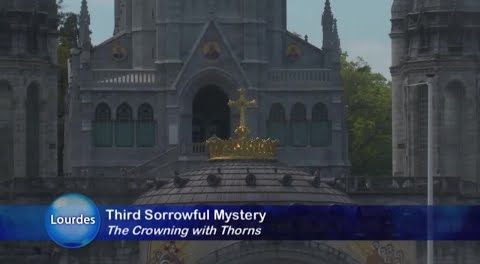 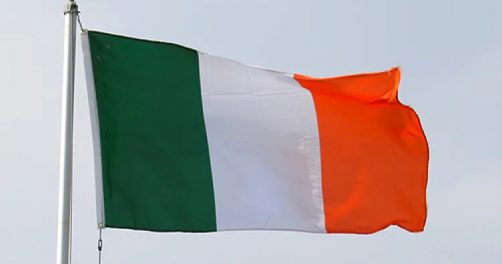