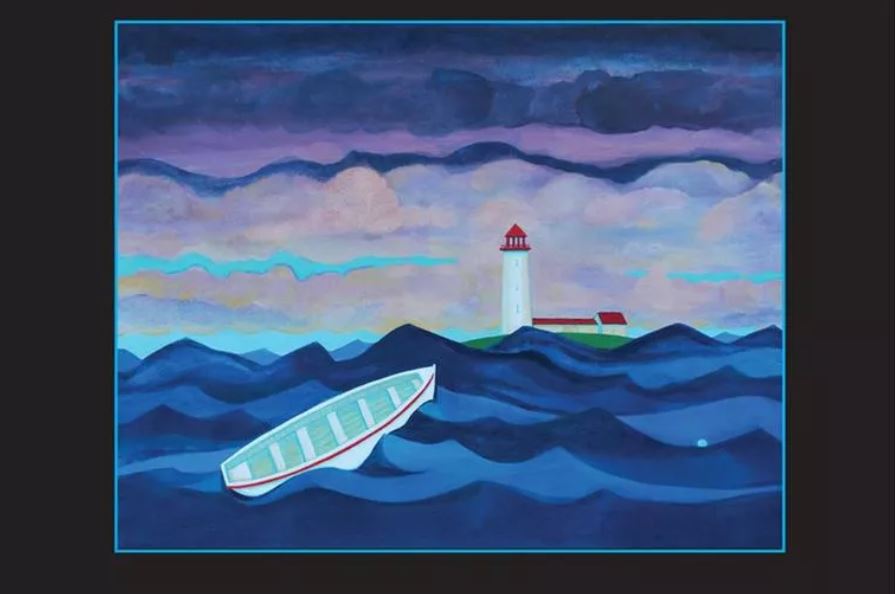 A lighthouse exists to light the way and sound the alarm. Its purpose is to prevent seafarers from getting lost at sea or foundering on dangerous rocks and shoals.

Yet Ethan, the lighthouse keeper in Michael O’Brien’s newest novel, whose vocation is to save others from shipwreck, is himself a shipwreck of a man. Childhood abuse and neglect broke him, and when the opportunity arose to retreat into the solitude of the lighthouse, he jumped at the chance. He has spent his entire adulthood mostly alone. He goes into town only when necessary, and his interactions with others are brusque and awkward.

His soul is tender, though, and he longs for love and companionship. But his wound is too deep. He regards visitors to “his” island as intruders upon his solitude: “tidal wash, the casting of inexplicable flotsam onto his beach.” Later, after a spate of mostly unpleasant encounters on his island, Ethan concludes that “he was at his best when he was alone. Solitude was peace. Interruptions were, in a sense, a kind of combat, an invasion.”

As with all O’Brien’s books, the reader must be patient with the author’s long and painstaking setup. But the payoff, as always, is worth the wait. Ethan’s ultimate revelation hits the reader like a broadside, and as I read the climactic final sequence, in my eagerness to find out what happened my eyes skipped over sentences and even whole paragraphs.

Still, I found the coincidence that led to Ethan’s realization a little too convenient, and by midway through the book even I was growing weary of the book’s leisurely pace. I implore the reader to stick with it, though. Allow yourself to be carried in the current of O’Brien’s deft prose, attention to detail and imagery.

For example, Ethan is not a big talker, but he’s a careful observer of human nature. Here, on a visit to the town’s local maritime shop, he contrasts the character of the proprietor with that of the other local residents:

“What bothered [Ethan] about the man was the cool, analytical eyes in a mask of sardonic amusement over the follies of the human race. Ethan did not trust such a face. Nothing of myself would I tell you, sir, for it would be twisted as you traded it to other ears.

“In contrast, there were artless, transparent faces about town, for instance the old men who sat perpetually on benches by the harbor’s wharf, their weathered, honest eyes squinting at the horizon, pausing to peer at Ethan and wondering who he was — though they had once known who he was — as their minds lost memories like wash running down a deck and out through the scuppers.”

The lighthouse is an evocative image, rich with spiritual significance. Any stalwart bastion of light and truth that shows the way in the darkness and sounds the warning against error — like the Church, or the family — can be likened to a lighthouse.

In O’Brien’s novel, though, Ethan encounters various “lighthouses” in the form of other human beings: the solid citizens of the town who show him kindness and courtesy, a family he meets while vacationing who showed him hospitality, and the visitors to his island who draw him out of his loneliness into the world of others.