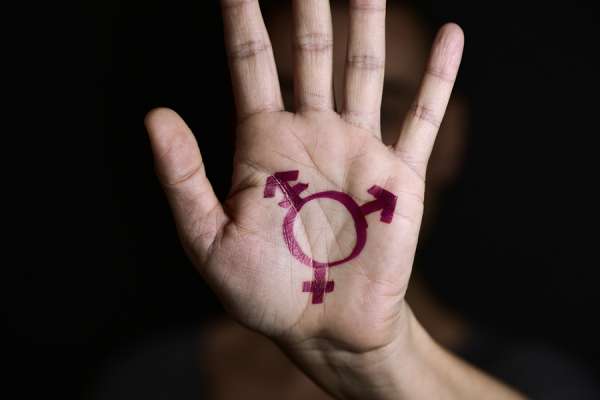 Denver Newsroom, Feb 16, 2021 / 03:09 am (CNA).- A newly relaunched Catholic website aims to educate parents, pastors, and teachers about gender ideology, which the website’s founders believe young people are often being exposed to without adults’ awareness.

Person and Identity, an online project of the Catholic Women’s Forum in Washington, D.C., features information about current trends in gender ideology, scientific evidence against those ideologies, and explanations of Church teaching on the topic. Its goal is to promote a Catholic vision of the human person.

Dr. Susan Selner-Wright, a philosophy professor at Saint John Vianney Theological Seminary in Denver, Colorado, told CNA that the project aims to provide the most up-to-date information about the current trends in society regarding gender.

The site defines “gender ideology” as “a false system of beliefs about the human person, premised on the idea that ‘human identity becomes the choice of the individual.’”

“[Gender ideology] asserts an individual’s ‘right’ to ‘transition’ to a desired identity, using social, medical or surgical interventions to ‘feminize’ or ‘masculinize’ the body’s appearance,” the site reads.

“The vision that the Church teaches of body-soul unity really is irreconcilable with this idea that someone can be born in the wrong body,” Selner-Wright noted.

Selner-Wright said the site represents an “evolution” of an initiative that began in 2016, when the Catholic Women’s Forum had a meeting with presentations from historians, theologians, doctors, with the theme of gender ideology.

After the meeting, members of the Forum began giving presentations on the topic of gender ideology in their home communities and elsewhere. Eventually, in response to demand, the Forum launched the website, buoyed by a grant from the OSV Institute, so as to reach more people.

The site includes resources to explain Catholic teaching on gender, including the 2019 Vatican document “Male and Female He Created Them.”

It also includes testimonies from doctors who do not support the idea of gender transition, and warnings about “gender therapists”— most of whom, Selner-Wright said, are trained to affirm and recommend transition.

When confronted with gender ideology, it is important for pastors, parents, and teachers to know what it is they are up against before they respond, Selner-Wright said.

“I think this is only going to become a more acute problem in the U.S. for the foreseeable future,” she said, adding that it is becoming more and more likely that young people will encounter acquaintances, friends, or family members who are questioning their gender.

“So much of it is driven by social media and popular culture that parents may not really be tuned into, but that their kids are being bombarded with. So it can come as a big surprise.”

“There’s no head in the sand possibility here,” she quipped, adding that recent actions and promises by President Joe Biden portend more emphasis on gender ideology in the public sphere going forward.

A leading LGBT activist group late last year called for the Biden administration to create accreditation regulations of religious schools that would enforce acceptance of “transgender rights.” And in one of his first acts in office, Biden signed an executive order to interpret sex discrimination in federal law to include sexual orientation and gender identity.

Mary Rice Hasson, an attorney and one of the Catholic Women’s Forum cofounders, said in arecent interviewthat she hopes the new site will be helpful for people of all faiths.

“We hope that our website and expertise will assist people from all faith traditions. The Christian vision of the human person that we promote was—until recently—accepted by most Christian denominations as well as the wider secular world,” Hasson told the American Conservative.

“A sound science—biological reality—is not a matter of faith. But God is the author of the created world, so it’s no surprise that science solidly supports the truth of the human person as explained by faith.”

Hasson said adolescent girls, children with autism, pre-existing mental health issues, histories of trauma or abuse, and those already have trouble fitting in or are socially isolated are particularly vulnerable to gender ideology.

She also noted that a leading pro-LGBT pediatrician recently encouraged other pediatricians to be “proactive” in raising questions about sex and gender, such as asking children if they are comfortable in their gender, even if a child has not raised the subject.

“It’s critically important to realize that even if a child is not personally confused about being male or female, it is deeply de-stabilizing to every child when authority figures outside the family normalize and validate the core beliefs of gender ideology—and they do, routinely,” she said.

Selner-Wright said the goal of their project is to inform people about gender ideology and equip them with the knowledge to refute it in a compassionate, loving manner.

Pastoral care requires a good heart and emotional intelligence, she noted, but also must be informed by a Catholic mind.

“In order to give good, Catholic pastoral care, the person who’s giving the care has to have a good understanding of the Catholic view of the human person,” she said.

“So part of what we’re doing on the site to help people be equipped to give good Catholic pastoral care is to be clear about the Catholic view of the human person, and how that’s different from the popular views that make it easier to fall into gender ideology.”

Hasson said pastors would do well to acknowledge the pain of families struggling with the fallout of gender ideology, such as a child who has chosen to transition.

“They need you to acknowledge their pain, speak the truth about the person, and support them in this difficult time,” she urged.

Catholics who accept the Church’s teaching on gender are sometimes dismissed as “hateful” toward those who accept gender ideology, Selner-Wright said, but she said loving a person who is questioning their gender cannot involve a wholesale affirmation of their desires or choices.

The only way to rightly love a person is in the context of the truth, she said— therefore, questioning a person’s decision to “transition” can be a loving decision, borne out a desire for what is best for the person.

“Welcome the person, accept the fact that yes, they feel this very strongly about themselves. But any good parent will tell you that loving people sometimes requires disagreeing with them,” she said.

Our Lady of Fatima pilgrim statue...

Catholic Parishes Gear Up for Anot...