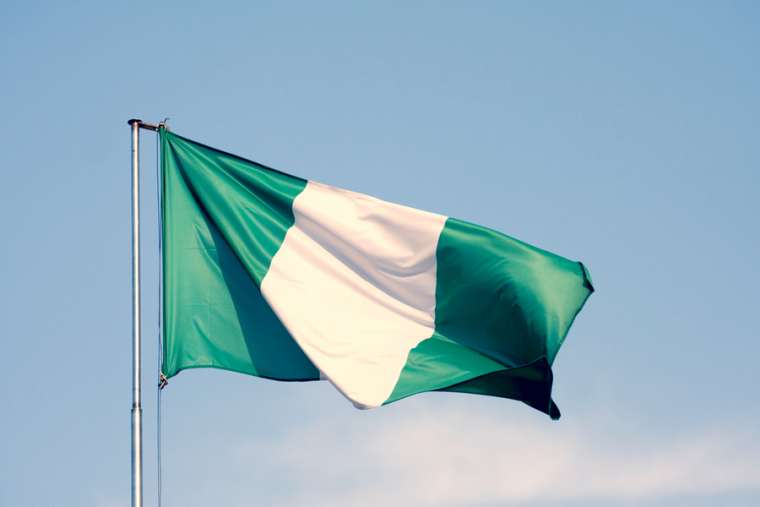 CNA Staff, Jan 11, 2021 / 05:27 pm (CNA).- The kidnappings of Catholic priests and others in Nigeria must end, Archbishop Ignatius Kaigama of Abuja said this week.

He spoke during his visit to a church whose priest was abducted and released just weeks before Christmas. Kaigama had repeatedly appealed for prayers for the safe release of Father Matthew Dajo and for others also held captive.

“We thank God that despite his travails in the hands of his abductors, he remains generally well, apart from the psychological trauma he still suffers,” the archbishop told the church congregation in a Jan. 10 homily at St. Anthony’s Catholic Church in the town of Yangogi in Nigeria’s Federal Capital Territory.

On Nov. 22, the parish priest, Fr. Dajo, was abducted by gunmen during a nighttime attack on the town. Armed gunmen raided the community and shot their weapons sporadically. They scaled the priest’s fence and took him from his bedroom. He was held captive for 10 days.

Kaigama commended the congregation for its “strength of faith” and for “persevering in prayers with the conviction that he would be released,” according to the Nigerian newspaper Vanguard.

The archbishop told Dajo: “You did not allow the sad incident to demoralize you as you continued your spiritual and pastoral activities to the surprise of the perpetrators of such an evil.”

Kidnappings of Catholics end up hurting the poor, the archbishop said, citing the Church’s spiritual and charitable work.

“Whatever may be the motive of the kidnappers, monetary or sheer intimidation, it should be clear to those engaged in such nefarious activities that the Catholic Church brings good news to the poor through huge sacrifices,” Kaigama said.

“She complements the government’s efforts through her selfless social, educational and medical services to the needy, so molesting the Church is molesting the needy,” said the archbishop. “Whatever the Catholic Church has and does, is for the good of all, irrespective of religious, ethnic or political differences.”

His remarks follow another major kidnapping, with 344 schoolboys abducted from the Government Science Secondary School in the town of Kankara in the northwestern Nigerian state of Katsina. The boys were held for six days in the vast Rugu forest before their rescue by security forces Dec. 17, Reuters reports.

On Dec. 15, the Islamist militant group Boko Haram claimed responsibility for the abduction attack, but its involvement is debated by some experts.

Speaking on behalf of all kidnapping victims, Kaigama said “We pray for the release of those who are still in captivity and for the conversion of the perpetrators of this inhuman act… May Christ manifest himself to the perpetrators of such evil actions as kidnapping, rape, killings, et cetera, and grant them a change of heart.”

Other clergy have faced abductions in the last two months.

On Dec. 27 in southwest Nigeria’s Owerri archdiocese, Auxiliary Bishop Moses Chikwe and his driver were kidnapped and released a few days later unharmed and without ransom. Chikwe had served for several years as a priest in the Diocese of San Diego and received a master’s degree from Loyola Marymount University in Los Angeles and his PhD in education at UCLA.

Another priest, Father Valentine Ezeagu of the Congregation of Sons of Mary Mother of Mercy, was kidnapped in mid-December in the southeastern Imo State while traveling to his father’s funeral in Anambra state. Four armed men came out of the bush and forced him into the back of his car.

Kidnappings of Catholics in Nigeria are an ongoing problem that not only affects priests and seminarians, but also lay faithful, Kaigama said at a virtual event on persecuted Christians Nov. 25.

“We have cases of abductions, detentions, and killings by terrorist groups, criminal herdsmen, bandits, and gangs of kidnappers to contend with,” he said.

That previous week, he said, there was a kidnapping of five children, all siblings, behind a parish house in the Abuja archdiocese. The next day, a woman preparing for her wedding was kidnapped. They had not been found as of Nov. 25.

The Islamist group Boko Haram is behind many of the abductions. The group became infamous for the April 2014 abduction of some 300 mostly Christian schoolgirls from Chibok. ] That mass abduction prompted the “Bring Back Our Girls” campaign that drew support from world leaders including then-First Lady Michelle Obama.

On Nov. 28 Islamist militants massacred at least 110 farmers and beheaded an estimated 30 people in Nigeria’s northeast Borno State. Local anti-jihadist militia initially told Agence France Presse that Boko Haram operates in the area and frequently attacks farmers. Boko Haram later admitted to killing the farmers in retaliation for their cooperation with the government.

The Islamic State West Africa Province had also been named as a possible perpetrator of the massacre.

More than 12,000 Christians in Nigeria have been killed in Islamist attacks since June 2015, according to a 2020 report by the International Society for Civil Liberties and the Rule of Law, a Nigerian human rights organization.

The same report found that 600 Christians were killed in Nigeria in the first five months of 2020.

In December 2020, the U.S. State Department listed Nigeria among the worst countries for religious freedom, describing the West African nation as a “country of particular concern.” This is a formal designation reserved for nations where the worst violations of religious freedom are taking place, the other countries being China, North Korea, and Saudi Arabia.

In 2020, at least eight priests and seminarians were kidnapped in Nigeria, including 18-year-old seminarian Michael Nnadi. Nnadi was killed after gunmen kidnapped him and three other seminarians in an attack on Good Shepherd Seminary in Kaduna.

The Nigerian International Society for Civil Liberties and Rule of Law reported in May that at least 20 Christian clergy, including Catholic priests and seminarians, have been killed in Nigeria since June 2015, and another 50 have been abducted over the past five years.

In a Dec. 15 Facebook post, Kaigama decried the high rate of kidnappings and deaths, calling for the government to take more security measures. Victims of “ideologically motivated kidnappings” face a higher rate of death and longer captivity times, he said.

“Boko Haram violence, kidnappings and banditry represent gross violations of human rights. It is important to pay attention to all the stages, processes and trends of the occurrences because they are interrelated. Structural injustices meted out to youths and minority groups are appalling, and if unchecked may lead us to a point of no return,” he said.

The country’s Catholic bishops as a whole have repeatedly called on the government to impose strict measures to protect her citizens, saying the lack of safety undermined the celebration of the country’s 60th anniversary of independence.

“It is just unimaginable and inconceivable to celebrate Nigeria at 60 when our roads are not safe; our people are kidnapped, and they sell their properties to pay ransom to criminals,” members of the Catholic Bishops’ Conference of Nigeria said in an Oct. 1 statement.

“My Snow Christ”: Priest Builds Am...