On Divine Mercy Sunday and Every Day — “Jesus, I Trust in You” 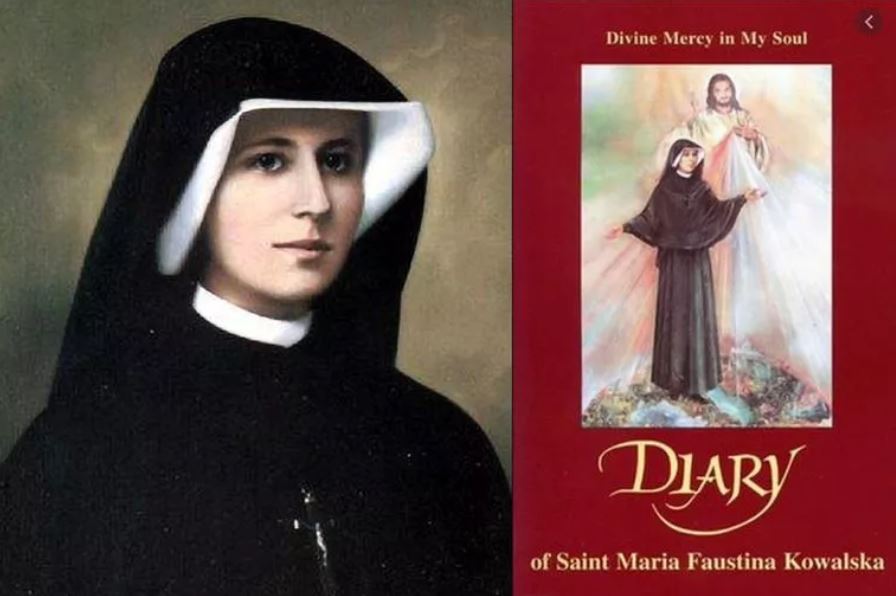 On Divine Mercy Sunday and Every Day — “Jesus, I Trust in You”

“My daughter, tell the whole world about my inconceivable mercy.”

In 2000, on the occasion of the canonization of a Polish nun, Sister Faustina Kowalska, Pope St. John Paul II instituted Divine Mercy Sunday, thus opening the feast and devotion to the Universal Church.

The Divine Mercy devotion is based at least in part on the writings of St. Faustina (1905-38). Her 600-page Diary: Divine Mercy in My Soul is her record of private conversations she had with Christ over the last four years of her life and details the revelations she received about God’s mercy.

Faustina was born in Poland, the third of 10 children. Her family was poor materially, but rich spiritually, as they were devoted to the practice of their Catholic faith. While praying before the Blessed Sacrament at age 7, Faustina decided she wanted to be a nun. She was distracted from this desire while a teen, but had a vision of a suffering Jesus at age 19 and entered the convent soon after.

In 1931, Jesus appeared to her as the Divine Mercy image, wearing white with rays (one red and one pale) emanating from his heart. His hand was raised in blessing. Jesus asked her to have the image painted with the words, “Jesus, I trust in you,” painted below it. It was Christ’s will that people venerate the image throughout the world, so that they might know of the mercy God extends to repentant sinners.

Sister Faustina undertook having the image painted with the assistance of her spiritual director, Blessed Father Michał Sopoćko (1888-1975), and Eugeniusz Kazimirowski, an artist who was Father Sopoćko’s neighbor. The image took six months to complete, with St. Faustina insisting many changes be made along the way. Tragically, she died of tuberculosis at the young age of 33, but thankfully was spared the horrors of World War II, which would break out the following year and devastate her country.

Pope John Paul’s 1980 encyclical Dives in Misericordia (“Rich in Mercy”) may have been prompted by his investigation of the writings of this saint. In the Old Testament, the two primary words for “mercy” are hesed and rabamin. The former has the basic meaning of confidence and loyalty, while the latter designates the womb of the mother and all the implications of tenderness, warmth and intimacy. They indicate a bond that exists between man and God that transcends even the bonds uniting biological members of a family.

It is especially evident in times of suffering and misery that man brings to himself by breaking the bond or covenant. God’s justice is permeated by loving kindness and forgiveness that heals and restores the sinner and nation.

On one occasion, St. Faustina heard these words:

“My daughter, tell the whole world about my inconceivable mercy. I desire the Feast of Mercy be a rest and shelter for all souls, and especially for poor sinners. On that day, the very depths of my tender mercy are open. I pour out a whole ocean of graces upon those souls who approach the fount of my mercy. The soul that will go to confession and Holy Communion shall obtain complete forgiveness of sins and punishment. On that day all the divine floodgates through which grace flow are opened. Let no soul fear to draw near to me, even though its sins be as scarlet. My mercy is so great that no mind, be it of man or angel, will be able to fathom it throughout all eternity. Everything that exists has come forth from the very depths of my most tender mercy. Every soul in its relation to me will contemplate my love and mercy throughout eternity. The Feast of Mercy emerged from my very depths of tenderness. It is my desire that it be solemnly celebrated on the first Sunday after Easter. Mankind will not have peace until it turns to the fount of my mercy.”

Seeing Jesus Through the Eyes of M...