MORE FROM EWTN
FAITH & RESOURCES
Welcome to EWTN GB - Global Catholic Television Network - Copyright ©
Trending News
HomeArticlePatrick: The saint who knew what it was like to be a slave

Patrick: The saint who knew what it was like to be a slave 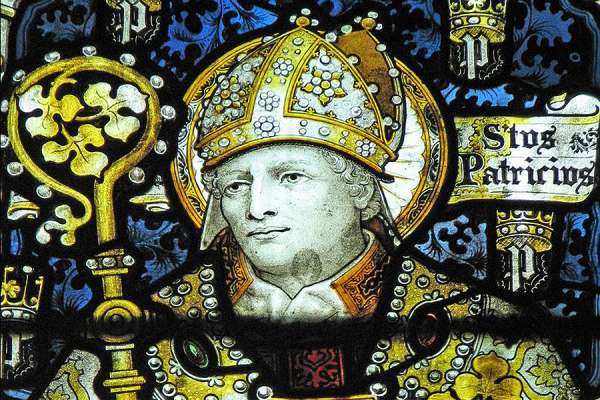 Patrick: The saint who knew what it was like to be a slave

Washington D.C., Mar 17, 2021 / 11:04 am (CNA).- Among the most popular saints today, Saint Patrick was a bishop and missionary to Ireland. However, he also spent several years as a slave, and once issued a heartfelt plea on behalf of girls and boys abducted into slavery.

In his Letter to the Soldiers of Coroticus, St. Patrick intended to shame the fifth-century general whose raiding soldiers the saint declared to be “blood-stained with the blood of innocent Christians, whose numbers I have given birth to in God and confirmed in Christ.” He denounced those who “divide out defenseless baptized women like prizes.”

Patrick said he did not know what grieved him more: those who were slain, those who were captured, or the enslavers themselves – “those whom the devil so deeply ensnared.”

The plea is all the more poignant because St. Patrick was himself a former slave. In his letter he wrote that Irish raiders once took him captive and slaughtered the men and women servants of his father’s household.

“He would have known acutely what these slaves were going through, because he was the victim of just such a raid,” said Jennifer Paxton, a history professor who teaches at The Catholic University of America’s Irish Studies program.

“In the fifth century this kind of raiding was endemic, all around the British Isles. He was stolen from someplace, we’re not sure where, in western Britain, and taken to captivity in Ireland.”

He spent six years tending sheep for his master.

“Obviously he did not enjoy his time as a slave and wanted it to end,” Paxton told CNA. “So he would have definitely identified with these victims.”

The saint’s letter is a unique witness in medieval history.

“We do not have any other first person account of someone who was captured by barbarians and survived,” the history professor explained. “We have nothing else quite like it.”

The letter was written to be read aloud elsewhere, with the hope that Coroticus and his men would eventually hear of it and come under popular pressure. St. Patrick said those who hear the letter should “not fawn on such people” and should not share food or drink with them until they release their captives and “make satisfaction to God in severe penance and shedding of tears.”

Paxton said St. Patrick’s style is “somewhat defensive” because “he is up against tremendous odds, and he knows it.”

“He does not, as far as we know, ever get these captives back,” Paxton continued. “What we have is this cri de coeur that has resonated down through the ages. But he doesn’t manage to save them.”

She speculated that St. Patrick must have felt “the tragedy of seeing these people newly saved from damnation by baptism, and (then) taken away into slavery.”

Modern slavery is an enduring problem. In Nigeria, where St. Patrick is a patron saint, the militant Islamist group Boko Haram became infamous for the April 2014 abductions of several hundred girls from a school in the country’s northeast.

In December 2014 major religious leaders including Pope Francis signed a joint declaration at the Vatican urging the eradication of modern slavery. A 2014 report from the organization Walk Free estimated that almost 36 million people worldwide suffer some form of slavery, with 61,000 people held in slave conditions in the United States.

As for St. Patrick, his letter seeking the release of slaves was not widely circulated. It was preserved in a few places, including the Book of Armagh. Paxton said the letter played little role in Christian debates over slavery, which was taken for granted for centuries.

Slavery’s decline in Europe doesn’t owe much to Church efforts, she said. “It was more economic forces that led to its decline, I’m sad to say,” Paxton remarked, adding that Coroticus himself was probably a Christian.

St. Patrick became known for his life of sacrifice, prayer and fasting. Although he was not the first Christian missionary to Ireland, he is widely regarded as the most successful.

Paxton noted that St. Patrick’s letter and his other known work, the Confession of St. Patrick, are “steeped in the scriptures.”

“He basically writes in scriptural quotations. That’s the way Patrick thinks,” she said.

St. Patrick’s use of the Bible is rare in a medieval text because he quotes from many different sections of the Bible: the Gospels, the Acts of the Apostles, and numerous prophetic books.

Paxton said she found Patrick “a really fascinating figure.” In later legends he became a “wonder-working superhero” who expelled the snakes from Ireland and defeated druids in battle.

“But the real St. Patrick of his own words is really a far more moving and inspiring example for Christians of today,” she added.

“Ireland was never the same as a result of what he did. That’s something I think we should all be impressed by, somebody who himself was very marginal, who was not a major figure in his own Church, persevered in the face of all these obstacles and achieved something really wonderful.”

This article was originally published on CNA March 17, 2015.

During the Troubles, We Were All P...