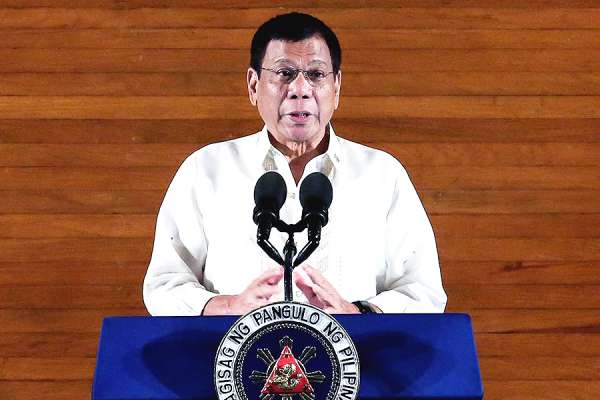 CNA Staff, Mar 24, 2021 / 06:00 pm (CNA).- A spokesperson for Rodrigo Duterte, president of the Philippines, said the government will force local churches to close if priests hold public Masses in defiance of public health orders. A local bishop, however, has argued that Masses held at low capacity are a safe way to maintain public worship, especially during Holy Week and Easter.

In an attempt to combat a surge in coronavirus infections, new government restrictions have banned public meetings, including religious gatherings.

The Philippines has had more than 677,000 confirmed cases of COVID-19 and nearly 13,000 deaths, among the highest rates in Southeast Asia.

Presidential spokesman Harry Roque said Tuesday that the government would not be violating religious freedom laws by forcibly closing churches that violate the new restriction.

“In the exercise of police powers, we can order the churches closed and I hope it will not come to that,” said Roque, according to the Associated Press. “We won’t achieve anything … if you will defy and you will force the state to close the doors of the church.”

However, Bishop Broderick Pabillo, auxiliary bishop and apostolic administrator of Manila, said in a pastoral letter Wednesday that small worship services would be organized inside churches, according to the Phil Star.

“This is a pastoral instruction, that is, it is meant to help the pastors and their flocks how to worship the Lord in this important season of the year in the face of the pandemic. The pastoral instruction also asserts our right to worship but setting a limit to the physical attendance of those who feel the need to do [so],” he wrote.

“We come to this limit of 10% of our church capacity because we feel that this number does not constitute a ‘mass gathering.’ We have the experience of one year of having our health protocols in place in our churches, and as is experienced by those who come to church, these are well-observed.”

According to the Phil Star, Bishop Pabillo in his letter challenged the unclear definition of “mass gatherings” in the government’s instructions.

He emphasized the right to public worship and criticized the government’s lack of cooperation with religious institutions.

“Not all religious activities per se should be lumped together as a ‘mass gathering’…We assert our right to worship and the state should respect this and not unnecessarily hamper it. Religious activities are essential services for the well-being of people,” he wrote.

“State regulatory bodies should consult the sector concerned when making policies about them. I lament the fact that the religious sectors are not represented, nor even consulted, when they make policies affecting our life of worship,” the bishop said.