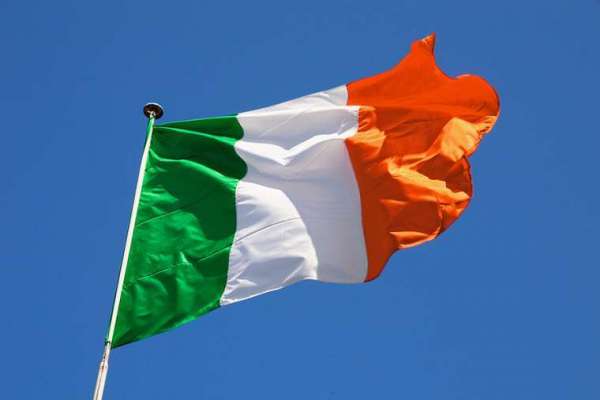 Gardaí imposed a 500 euro ($595) fine on Fr. P.J. Hughes, pastor of Mullahoran and Loughduff parish in County Cavan, after he offered Masses with a small number of parishioners present, reported the Irish Catholic newspaper March 20.

Under government health measures, public worship has been suspended in the country since Oct. 7, 2020. Public Masses were also suspended in Ireland from March to June 2020 during the first wave of the coronavirus pandemic.

In a parish newsletter dated March 21, Hughes wrote: “Next Sunday marks the journey of Holy Week. It is hard to believe that for a second year people cannot come to take part in the ceremonies of Holy Week.”

“Despite the size of the church and the holy place that it is because of the presence of Jesus in the Holy Tabernacle, the church has been deemed a hot spot for the spread of the virus by the gardaí.”

“The majority of people are healthy and able to go shopping, bring their children to school and many are working in enclosed environments. We are committing a grave mistake by rejecting our Lord and God Jesus Christ by staying away because government officials say we must.”

“For those who are afraid of catching the virus in the church then they have the free choice to stay at home and live their lives as they think it best to do.”

“I have been reported again and the gardaí have issued a fine because I celebrated Mass with people present. I will exercise my constitutional right even though people are complaining, even though I am not obeying my bishop when I go against his advice. We can’t just reject Jesus in the Holy Eucharist.”

The Irish Catholic said that police asked Hughes in November 2020 to lock the church’s doors when he celebrated Mass to prevent parishioners from attending. But he continued to leave the church open.

Citing sources close to the priest, the newspaper added that he was not willing to pay the fine and was ready to be jailed rather than cease public worship.

Ireland, a country with a population of almost five million people, has recorded a total of 230,599 cases of COVID-19 and 4,587 deaths as of March 22, according to the Johns Hopkins Coronavirus Resource Center. Authorities reported 769 new cases on Sunday — the highest figure since Feb. 26.

In a homily on St. Patrick’s Day, Dublin’s new archbishop called on authorities to prioritize the right to worship as COVID-19 measures are eased.

Archbishop Dermot Farrell said March 17: “As a matter of human dignity and fairness — but even more so as a matter of wellbeing and the restoration of normality, I call on the public authorities to give assurance that the legitimate desire of people to gather responsibly and within reasonable guidelines to exercise their constitutional right to worship will be prioritized in the easing of restrictions.”

David Quinn, director of the Iona Institute, an advocacy group promoting the place of marriage and religion in society, told CNA March 22: “Fr. Hughes potentially faces prison if he does not pay the fine. If this happens, it will be the first time in centuries that a priest in Ireland has been jailed, or even fined, for saying Mass in public.”

“It highlights the totally unjust and disproportionate nature of the current situation in Ireland. Public worship has been banned for about eight of the last 12 months, longer than anywhere else in Europe.”

“Currently only a handful of European countries are prohibiting public worship. The rest are permitting it because, once health measures are being followed, gathering for worship is safe. Health authorities and governments everywhere else can see this, but not Ireland, where the right to worship in public has been reduced to an afterthought.”

Vatican should speak up on China,...