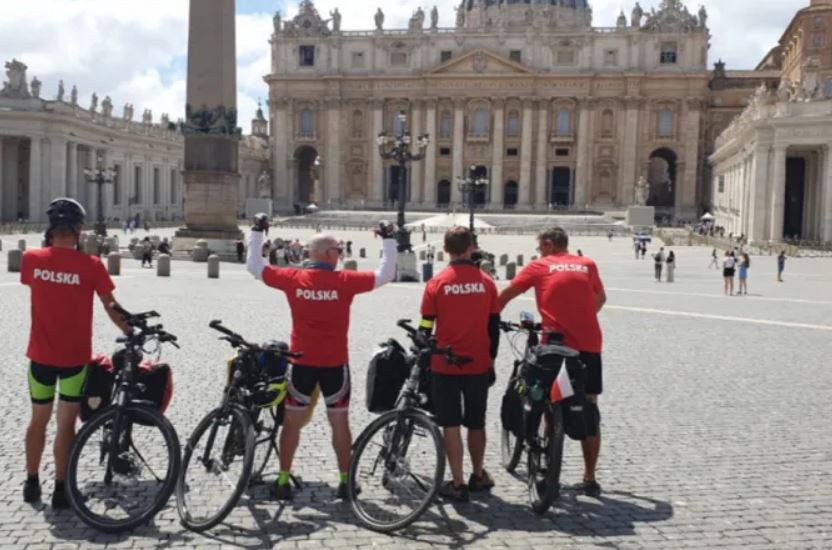 Three Polish Catholic priests and a layman arrived at the Vatican on Wednesday after a grueling cycling pilgrimage from northern Poland.

The group, from the diocese of Pelplin, set out on the 1,400-mile trip on June 28, carrying with them their personal prayer intentions for Pope Francis, an increase in vocations, and greater respect for human life.

The pilgrims also raised money for a hospice in Kartuzy, a town near Pelplin.

The 17-day expedition, chronicled on their Twitter account, took the cyclists to the Polish shrine of Częstochowa, St. John Paul II’s birthplace in Wadowice, and then to Italy via the Czech Republic and Austria.

The group consisted of Fr. Tomasz Huzarek, rector of Pelplin’s major seminary, Fr. Janusz Chyla, pastor of Our Lady Queen of Poland parish in Chojnice, Fr. Arkadiusz Drzecimski, prefect of studies at the seminary, and Mariusz Żychlinski, a husband and father from Chojnice.

Chyla said: “In the context of the pandemic, we wanted to give testimony that we cross borders to meet people, of course with all safety measures.”

“Our intention is also to bear witness that the Gospel is not a thing of the past but also of the present and of the future.”

Chyla, a member of the Knights of Columbus, the world’s largest Catholic fraternal service organization, emphasized that the pilgrims wanted to defend human life, following the teachings of St. John Paul II.

“Since I am associated with the Knights of Columbus, the intention to protect life accompanied me in a unique way during this pilgrimage,” he said.

“First, constant prayer is important. There are some things we are not able to do by ourselves,” he said.

“The second thing is witnessing: helping people, especially women, who are struggling with spiritual, psychological, and material problems.”

“As Knights of Columbus, we cooperate with the Foundation Little Feet. Recently we had the Voice of the Unborn bell rung in our parish to awaken people’s consciences.”

The group previously traveled to Santiago de Compostela in Spain and now plan to make a pilgrimage to Jerusalem, reported the Polish section of Vatican News. 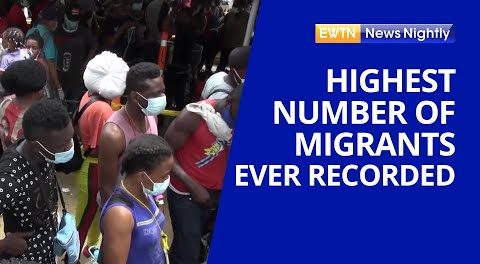