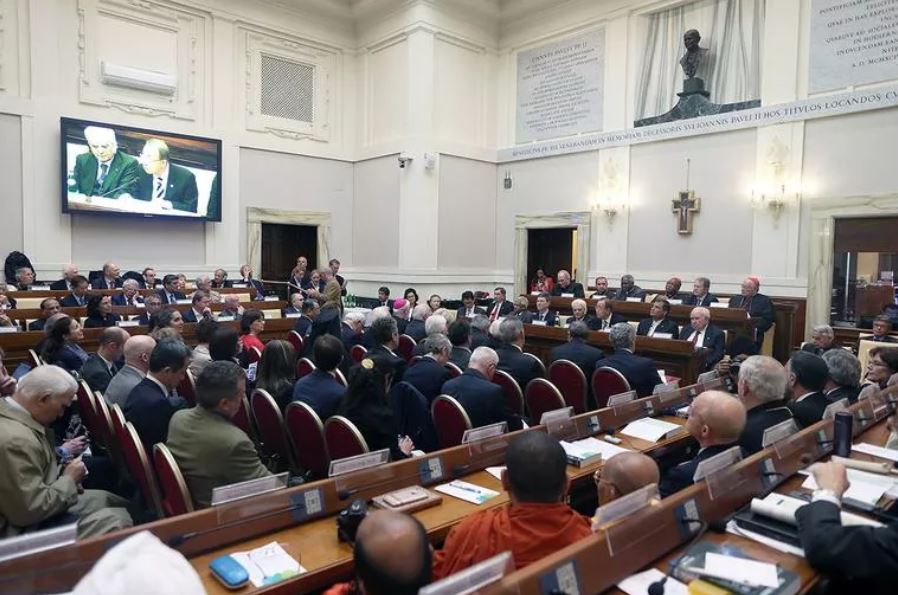 The 2015 emails show how the academy’s chancellor and some of its senior members were alarmed about a French scientist attending a high-level Vatican summit and had him disinvited.

VATICAN CITY — Five-year-old emails within the Pontifical Academy of Sciences have surfaced to show just how anxious some top Vatican officials were to suppress any voices skeptical of the science of climate change.

The testy exchanges, all written that year and leaked to the Register, mostly relate to an invitation the academy made to professor Philippe de Larminat, a French climate change skeptic, to speak at an important Pontifical Academy of Sciences-hosted high-level summit on “The Moral Dimensions of Climate Change and Sustainable Development.”

Aimed at building a consensus between scientists and religious leaders on the science of climate change, the April 2015 meeting coincided with both Pope Francis’ environmental encyclical Laudato Si (On Care for Our Common Home) published a month later, and the creation that year of the U.N.’s Sustainable Development Goals (SDGs).

De Larminat, who wrote a book arguing that solar activity rather than greenhouse gases was driving global warming, also dissented from the conclusions of the U.N.’s Intergovernmental Panel on Climate Change (IPCC). He had reportedly sought a place at the 2015 symposium to try to change the Pope’s mind on the science.

The then-president of the Pontifical Academy, Werner Arber, a Protestant Swiss microbiologist and Nobel laureate appointed by Benedict XVI in 2011, was sympathetic to de Larminat’s concerns and cautious about accepting the climate change “consensus.”

In one of Arber’s emails, dated March 23 and sent to the academy’s chancellor Bishop Marcelo Sanchez Sorondo and academy member Veerabhadran Ramanathan, the Swiss scientist stressed that the climate has a “high degree of complexity” and scientific studies depend on models that can lead to “different conclusions.” In general, these produce conditions of “insecurity” about the science which, he wrote, the Vatican and the Pope should be informed about.

Arber therefore argued for following “the precautionary principle” — to recommend lowering the quantity of CO2 emitted by human activity, but not issue a “clear statement” of predictions regarding climate change that “could seriously harm confidence in the science.” As a postscriptum, he added that de Larminat “might be ready to attend our workshop on April 28, if desirable.”

The decision to invite de Larminat appears to have already been taken as in a March 30 email, Cardinal Peter Turkson, then-president of the Pontifical Council for Justice and Peace, told de Larminat that “if you would like to participate [in the summit], the academy would be very happy. All you have to do is let me know.”

The French scientist responded by asking if his brother, professor Stanislas de Larminat, an expert on Christian ecology, could also attend with him. Stanislas had once written that “ecologism” is a “form of culture of death that pushes us to dream of a return to paradise lost.” He had also authored a book prefaced by Cardinal George Pell, well known for his skepticism of human-caused climate change.

Bishop Sanchez didn’t become aware of their invitation until April 16, a few days before the symposium, when Arber emailed him to say he “would welcome” de Larminat’s participation. The scientist’s contribution, Arber wrote in the email, would offer “a deeper insight into the complex phenomenon of climate variations and into predictive modeling by using this approach, which differs from the approach used by the IPCC.”

Raven responded by expressing sorrow that Bishop Sanchez should be “put in the middle of this ridiculous and most unfortunate situation,” adding that “if we differ from what the scientific world has concluded in this area, we will be ridiculous.” A controversy at the meeting “will make all the news,” he feared. Raven encouraged Bishop Sanchez to “continue to be strong,” and claimed Arber “wasn’t listening.”

Dasgupta urged the chancellor not to “fret” about the situation “because there is nothing to be done,” adding that even if they had a scientist to rebuff the dissenting position, “the whole point of the meeting on the 28th would be lost.” Ramanathan believed that the only option was to disinvite the dissenting scientist and do everything possible in order to “avert an undesirable outcome.”

Bishop Sanchez wrote back, telling them, “Don’t worry because even if this Professor de Larminat should come, he has no authorization to speak or make any kind of intervention.”

Raven remained concerned and responded by saying he could imagine Arber and de Larminat “making trouble.” They would “take all the news from the meeting,” Raven wrote in an April 21 email. “I guess we could worry forever. It’s so sad to have to oppose our own president, a scientist for whom we have full respect, on this issue.” He added “it would be all too easy” for others to compare Arber to “Galileo and the persecution of someone who really had the truth being suppressed if they wanted to play that hard.”

Three days later, on April 24, just four days before the meeting, Bishop Sanchez sent an email to Marta Infantino, the academy’s event manager, asking her to “please remove de Larminat who is no longer invited by Card. Turkson.” The Washington Post reported in June of 2015 that de Larminat had bought his flight ticket from Paris to Rome but was told there was no space left.

“They did not want to hear an off note,” de Larminat told the Post.

The conference nevertheless made unwelcome headlines for the organizers when two climate change skeptics, Lord Christopher Monckton, a former policy adviser to British Prime Minister Margaret Thatcher, and Marc Morano, founder of Climate Depot, a non-profit that denies the existence of human-caused climate change, were ejected from the conference after the organizers discovered who they were.

The Heartland Institute, also skeptical of the science, hosted a well-publicized parallel conference nearby. In a June 19 email responding to questions from The Washington Post, Bishop Sanchez acknowledged their presence: “I think there was a group in the Columbus [a hotel near the Vatican], but they didn’t do anything serious: they are amateurs,” he wrote.

Responding to another question, that de Larminat had actually been invited to the April meeting, Bishop Sanchez responded: “I know that [invitation] hasn’t been sent because the invitations were sent by the Academy and nobody approached that author.”

Asked at the summit why the meeting was different to a similar Vatican climate change conference in 2007 which was open to all sides, Bishop Sanchez said: “There’s only one side.”

Since the 2015 conference, the Vatican has aligned itself ever more closely with the IPCC’s position on climate change and the U.N.’s agenda in general, particularly in the area of education and the SDGs, despite concerns that the agenda is a “stalking horse” for population control.

The most recent example took place last week when the academy hosted its fifth consecutive annual Vatican Youth Symposium in collaboration with the Sustainable Development Solutions Network (SDSN) — an organization directed by Jeffrey Sachs and partially funded by the pro-contraception and pro-gender theory Bill and Melinda Gates Foundation.

The meeting was used to launch Mission 4.7, a U.N.-backed initiative to help promote SDG target 4.7 that aims to educate young people in sustainable development and gender equality. Bishop Sanchez is one of Mission 4.7’s four co-chairs.

Births of babies with Down syndrom...

Is Islam a Religion of Peace, or o... 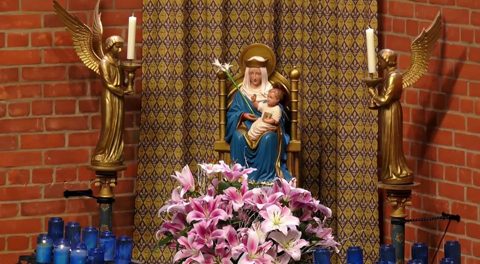