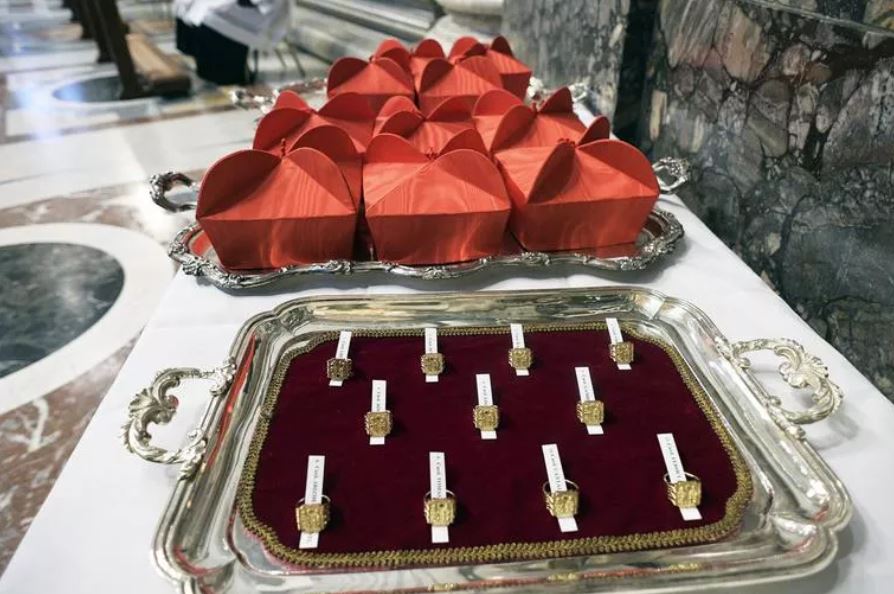 The Pope is expected to call his 8th consistory in 2022, adding to the 70 cardinals he has already chosen.

VATICAN CITY — Predicting the coming year at the Vatican is always tricky, and that’s especially so in light of our current papacy of surprises and COVID-19.

But one event that can safely be foreseen is a consistory of new cardinals.

Currently the College of Cardinals has 120 cardinals under the age of 80 and therefore eligible to vote in a conclave. An advisory limit of 120 set by Pope St. Paul VI has often been exceeded, including by Pope Francis.

But the fact that the number is already 120 at the beginning of 2022 means that throughout the course of the coming year the number will fall and Francis will undoubtedly wish to call a new consistory to make up the numbers.

This is significant, as the more cardinal electors Pope Francis can appoint, the more likely he will be able to guide the next conclave into electing his preferred successor, although this is not a failsafe plan. Pius XII’s choices, for example, did not prevent Angelo Roncalli, who differed from Pius in many ways and whom Pius elevated to the College of Cardinals in 1953, from being elected John XXIII in 1958.

According to the Church news aggregator, Il Sismografo, the number of cardinal electors will drop to 110 by the end of the year, with several cardinals — including close papal adviser Cardinal Óscar Rodríguez Maradiaga, curial Cardinal Gianfranco Ravasi, and the president of the Italian bishops’ conference, Cardinal Gualtiero Bassetti — turning 80 in 2022.

These numbers do not include Cardinal Giovanni Angelo Becciu, 73, who since 2020 has been stripped of his voting rights due to his indictment in the London property trial that will resume Jan. 25.

The full list of cardinals, listed in order of the date on which they turn 80, according to Il Sismografo:

In terms of living non-electors, elderly churchmen over 80 whom popes have elevated to the College of Cardinals for their distinguished service to the Church, Francis has chosen 23, Benedict XVI 27 and John Paul II 45.

So out of a total of 215 members of the current College of Cardinals, John Paul II created 57 of them, Benedict chose 65, and Francis 95 (including Cardinal Becciu).

It is also conceivable that Pope Francis may dispense completely with the 120 advisory limit and expand the number of voting cardinals to 150 or more, but at the moment this seems unlikely.

Also of interest this coming year will be Francis’ choices of new cardinals to fill these vacancies, and his selections of the new president of the Pontifical Council for Culture and the president of Italy’s bishops’ conference.

Outside the College, he will also probably be appointing a new archbishop of Paris following the resignation of Archbishop Michel Aupetit on Dec. 2, and may choose new archbishops for the following sees or as heads of dicasteries as they will have reached or exceeded the normal episcopal retirement age of 75 in the coming year:

The Epiphany of the Lord: Walking...