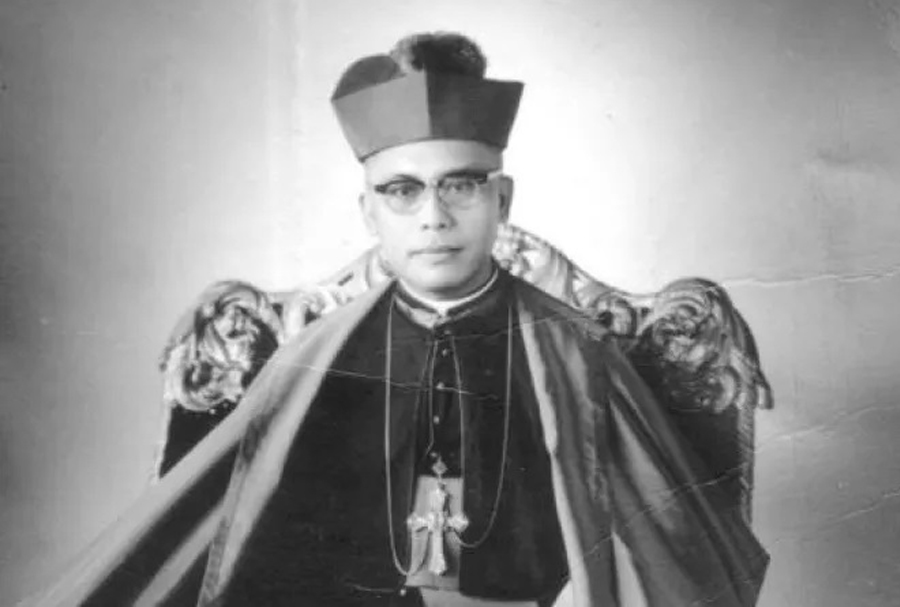 Pope Francis has recognized the heroic virtue of a Filipino archbishop with a reputation for having the ability to bilocate.

In a decree promulgated on May 21, the pope recognized a miracle attributed to the intercession of a Spanish woman and the heroic virtue of seven holy people, including Filipino Archbishop Teofilo Camomot.

Camomot, who was ordained a bishop in 1955, was known on the island of Cebu in the Philippines for his spiritual gifts. There have been testimonies of his ability to heal the sick, levitate in prayer, and bilocate, according to the Archbishop Camomot Committee in Cebu.

One of these testimonies comes from an affidavit from the late Cardinal Ricardo Vidal, archbishop of Cebu, who said that Camomot was with him on Sept. 27, 1985 at a time when Camomot was also seen giving the Anointing of the Sick to a man in a mountain village about 30 miles away.

Priests were also known to seek out Camomot to hear their final confessions before they died. After he became Coadjutor Archbishop of Cagayan de Oro, Camomot founded the Tertiaries of the Blessed Eucharist, today known as the Daughters of Saint Teresa.

Pope Francis also approved the canonization of Blessed Giovanni Battista Scalabrini with a dispensation from the requirement for a second miracle, according to Vatican News.

In an audience with Cardinal Marcello Semeraro, the prefect of the Congregation for the Causes of Saints, the pope decided to convene a consistory for the canonizations of Scalabrini and Blessed Artemide Zatti.

Scalabrini, a bishop of Piacenza, Italy, founded the Missionaries of St. Charles (also known as the Scalabrinians) to offer pastoral care to migrants who were emigrating from Italy at the turn of the 20th century.

In 1901, Scalabrini visited his missionaries in the United States and was received at the White House by President Theodore Roosevelt. Pope Pius IX once described Scalabrini as “the apostle of the Catechism.”

The decree authorized by the pope recognized a miracle attributed to Venerable Maria de la Concepción Barrecheguren y García, a lay Spanish woman who died of tuberculosis in 1927 in Granada at the age of 21, who will now be able to be beatified.

In addition, Pope Francis recognized the heroic virtue of Spanish Fr. Jose Torres Padilla (1811-1878), Polish nurse Janina Woynarowska (1923-1979), and Mother Mariana of the Holy Trinity (1854-1933), who was born in Mexico and co-founded the Trinitarian Sisters of Madrid.