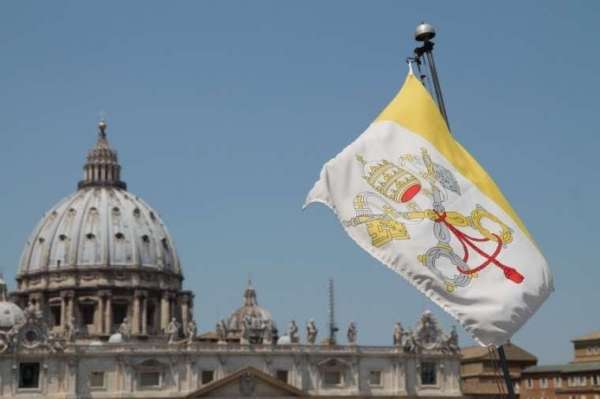 The Holy See press office announced on Jan. 8 that the pope had named Vincenzo Buonomo, rector of the Pontifical Lateran University in Rome, as president of the Disciplinary Commission of the Roman Curia.

Buonomo succeeds the Italian Bishop Giorgio Corbellini, who served in the role from 2010 until his death on Nov. 13, 2019.

The commission, founded in 1981, is the main disciplinary body within the curia, the administrative apparatus of the Holy See. It is responsible for determining sanctions against curial employees accused of misconduct, ranging from suspension to dismissal.

Buonomo, 59, is a professor of international law who has served as a consultant to the Holy See since the 1980s.

Pope Francis appointed the law professor as an adviser to Vatican City in 2014.

Buonomo made history in 2018 when he became the first lay professor to be named rector of the Pontifical Lateran University, also known as the “Pope’s university.”

The disciplinary commission consists of a president and six members appointed for five-year terms by the pope.

The Spanish Cardinal Julián Herranz Casado oversaw the commission from 1999 to 2010.

The Holy See press office also announced on Jan. 8 the appointment of two new members of the commission: Msgr. Alejandro W. Bunge, the Argentine president of the Labor Office of the Apostolic See, and the Spanish layman Maximino Caballero Ledero, secretary-general of the Vatican’s Secretariat for the Economy.

How a martyr killed by the mafia i...