Pope Francis calls for day of prayer for Ukraine 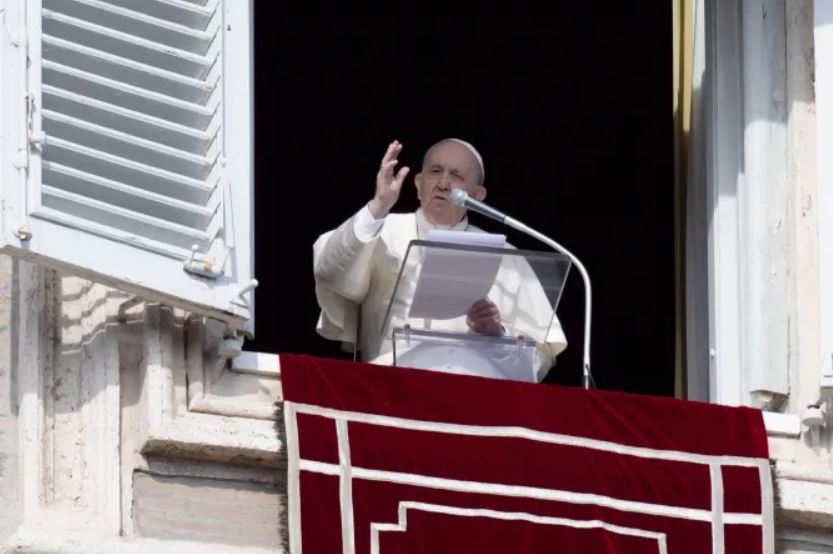 Pope Francis calls for day of prayer for Ukraine

Pope Francis on Sunday called for January 26 to be a day of prayer for peace in Ukraine, as the threat rises of Russian invasion into the Eastern European country.

“I am following with concern the increase of tensions that threaten to inflict a new blow to the peace in Ukraine, and call into question the security of the European continent, with wider repercussions,” the pope said after his weekly Angelus address Jan. 23.

“I make a heartfelt appeal to all people of good will, that they may raise prayers to God Almighty, that every political action and initiative may serve human brotherhood, rather than partisan interests,” he stated.

Russia has sent an estimated 100,000 troops to the Ukrainian border. U.S. President Joe Biden said at a press conference on Jan. 19 that he expected Russian President Vladimir Putin to order an invasion.

The British government said on Jan. 22 that Russia may be plotting to install a pro-Kremlin leader in Ukraine’s capital city of Kyiv.

“Those who pursue their own interests, to the detriment of others, disregard their human vocation, as we were all created as brothers and sisters,” Pope Francis said. “For this reason, and with concern, given the current tensions, I propose that next Wednesday, January 26, be a day of prayer for peace.”

Catholic bishops in Europe have also expressed support for Ukraine and appealed to Christians to pray for peace.

The pope’s appeal for Ukraine came after he led the weekly recitation of the Angelus, a traditional Marian prayer, from a window overlooking St. Peter’s Square.

In his address before the prayer, Francis spoke about the day’s Gospel reading, “the first word of Jesus’ preaching recorded in the Gospel of Luke,” particularly when Jesus says: “Today this scripture has been fulfilled.”

“Let us dwell on this ‘today,’” the pope said. “The Word of God is always ‘today.’ It begins with a ‘today:’ when you read the Word of God, a ‘today’ begins in your soul, if you understand it well.”

Speaking on Word of God Sunday, Pope Francis thanked those who preach and proclaim the Gospel with fidelity and in a way that rouses hearts. He also addressed the problem of religious talks or homilies which are too “generic, abstract.”

There are homilies which “do not touch the soul and the life of the people,” he said, explaining that the reason this happens is “because they lack the power of this ‘today;’ what Jesus ‘fills with meaning’ by the power of the Spirit, is today.”

“Yes, at times one hears impeccable conferences, well-constructed speeches, but they do not move the heart and so everything remains as before,” he noted. “Even many homilies — I say it with respect but with pain — are abstract, and instead of awakening the soul, they put it to sleep. When the faithful start looking at their watches — ‘when is this going to end?’ — they put the soul to sleep,” he said.

Pope Francis encouraged everyone to read and re-read a small passage of scripture every day: “Keep the Gospel in your pocket or your bag, to read it on your travels, at any moment, and read it calmly. In time we will discover that these words are made especially for us, for our life.”

“The Word of God, is indeed alive and effective; it changes us, it enters into our affairs, it illuminates our daily lives, it comforts and brings order. Remember: the Word of God transforms an ordinary day into the today in which God speaks to us,” he said.

Francis suggested that during this liturgical year, it would be good for Catholics to spend time in personal reflection on the Gospel of Luke, the Gospel proclaimed at Mass on Sundays.

“Let us familiarize ourselves with the Gospel, it will bring us the newness and joy of God,” he said.

What Exorcists Want You to Know Ab...