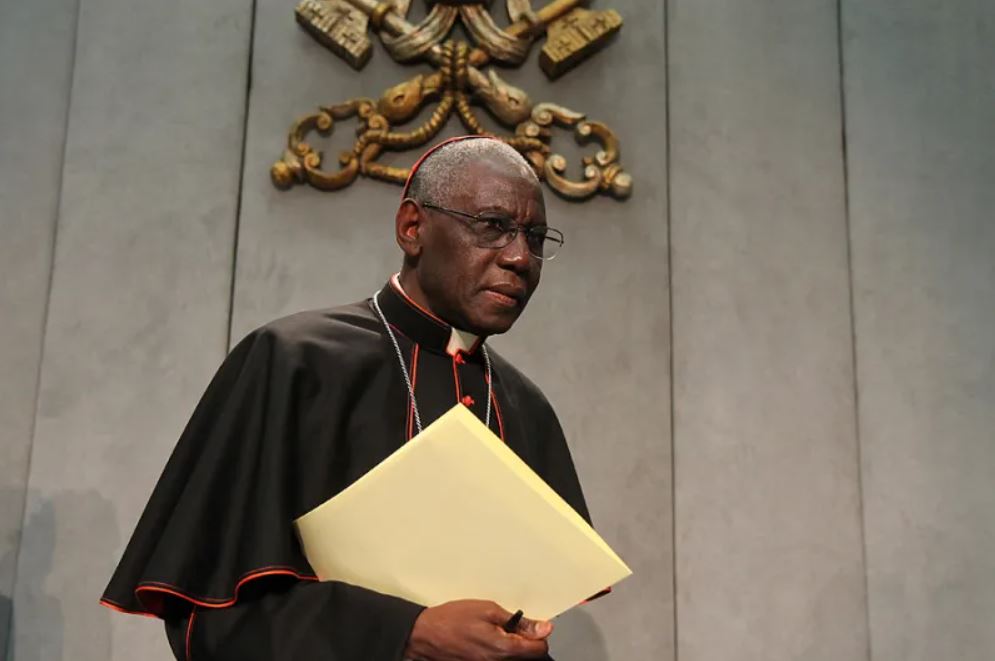 Cardinal Robert Sarah, prefect of the Congregation for Divine Worship and the Discipline of the Sacraments, at the Vatican, Feb. 10, 2015./ Bohumil Petrik/CNA.

The appointment of Robert Cardinal Sarah’s successor as prefect of the Congregation for the Divine Worship and the Discipline of Sacraments may take place before the feast of the Ascension, multiple sources confirmed to CNA in Rome.

Pope Francis accepted Cardinal Sarah’s resignation Feb. 20, and no successor has been appointed. In the meantime, Pope Francis appointed Bishop Claudio Maniago of Castellaneta as an inspector to the Congregation.

Bishop Maniago is president of the Italian Bishops’ Conference’s Liturgical Commission, and he oversaw the new translation of the Roman Missal into Italian. His appointment as the inspector was not made public in any of the Holy See official publications.

According to the sources consulted by CNA in Rome, Bishop Maniago “spent three days before Easter in the congregation, had talks with each of the officials and then left.” The questions were “mostly about daily work at the Congregation, tasks, and views about liturgy.”

Under the expected reform, the CDW will apparently maintain its structure and tasks, but with the addition of a specific reference to a “liturgical sensitivity that sprung from the Second Vatican Council.”

Bishop Maniago’s inspection is apparently over, while another source stressed with CNA that the appointment of the new prefect of the Congregation for the Divine Worship could take place “before the feast of the Ascension,” which will fall May 13.

Although Bishop Maniago himself is in the shortlist to become the new prefect, many clues are pointing at Bishop Vittorio Francesco Viola of Tortona.

Bishop Viola, a Franciscan, has been Bishop of Tortona since 2014. Previously, he was the Custodian of the Convent of Santa Maria Degli Angeli in Assisi and president of the local Caritas. The Pope met him in 2013 during his first trip to Assisi.

Bishop Viola was ordained a priest in 1993 by Bishop Luca Brandolini, who was one of the collaborators of Archbishop Annibale Bugnini.

The upcoming appointment of Bishop Viola is widely rumored in the Diocese of Tortona. Bishop Viola has a meeting with the clergy scheduled on April 29, while all the other long-term activities slowed down since the bishop had a private audience with the pope in January.

Along with Bishop Viola, Pope Francis may soon appoint a new secretary for the congregation, as Archbishop Arthur Roche will end next year his second five-year term as such. According to the draft of the curial reform, no one can serve in the Roman Curia for more than two five-year mandates. When Archbishop Roche’s second mandate expires, though, the curial reform should be already finalized.

A source confident with the discussions regarding curial reforms told CNA that the pope is considering inserting the office for the Pontifical Liturgical Ceremonies within the congregation. The current Master of Ceremonies, Monsignor Guido Marini, would be appointed archbishop and serve as the new dicastery’s secretary.