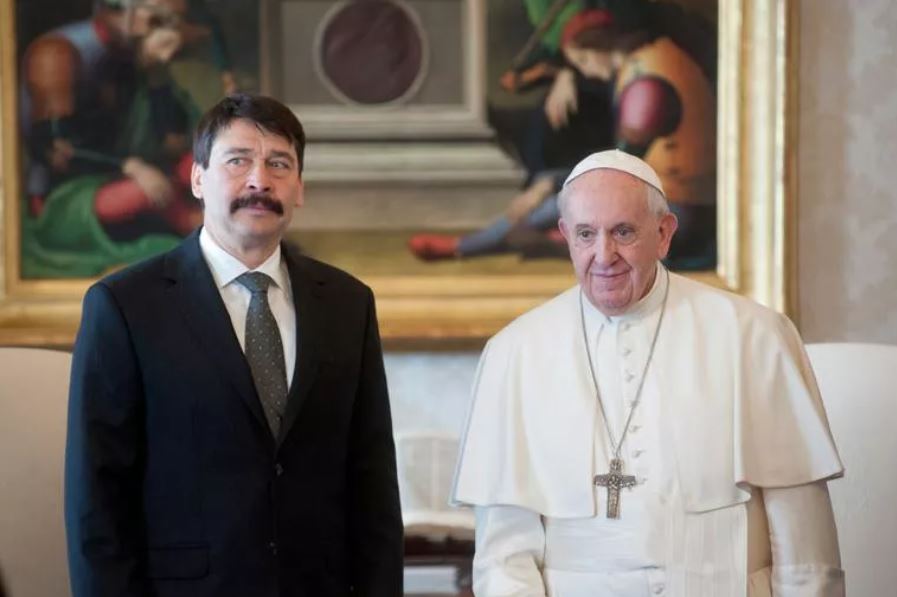 Although invited to make a state visit, the Pope has made it clear he would only be attending the Eucharistic congress in Budapest and has no plans to visit the country itself.

Pope Francis’ planned visit to Hungary in September is threatening to cause a diplomatic rift after it has emerged the Holy Father may only stay three hours in the country, omit a courtesy visit to Hungary’s president, and then spend a possible three and a half days in neighboring Slovakia.

According to sources in the Vatican and Hungary, efforts are being made to convince the Pope to stay in Hungary beyond the morning of Sept. 12 where he will celebrate the closing Mass of the International Eucharistic Congress taking place in the capital Budapest.

They are also trying to persuade the Pope from intentionally skipping courtesy visits to the country’s president, János Áder, a Catholic, and its Prime Minister, Viktor Orbán as well as customary addresses to civic and political leaders — despite persistent invitations by the Hungarian government for the Pope to make a state visit.

“Political tensions behind the scenes are due to the Vatican wanting to avoid any political meetings, including visiting the Presidential Palace in Budapest which should be part of the package,” an informed source in Budapest told the Register June 2.

“Something is not right here, at least from the point of view of diplomacy and protocol,” wrote Luis Badilla, editor of Il Sismografo, a news aggregator run by the Vatican Secretariat of State.

According to the latest proposed itinerary, the Pope will be driven straight from the airport to the congress venue of Heroes’ Square in central Budapest. After the closing Mass, he is expected to leave for the Slovakian capital Bratislava.

Since the possibility of a visit to Hungary first emerged last year, the Pope has made it clear he would only be visiting the Eucharistic congress and had no plans to visit the country itself. Speaking to reporters on the flight back from Iraq on March 8, he said: “It is not a visit to the country, but for that Mass. But Budapest is a two-hour drive from Bratislava: why not pay a visit to the Slovaks? I don’t know.”

If the Pope continues with plans to directly spend three and a half days in Slovakia — a country which has had a difficult history with Hungary — sources have told the Register that that would be an affront to Hungarians and “a gigantic slap in the face” of Prime Minister Orbán.

“It would be outrageous,” a Church source in Budapest told the Register. “It would be the equivalent of him spending half a day in Israel and then three and a half days in Iran, or half a day in Poland and then traveling to Russia for a few days. Everyone thinks it is unacceptable. He spent a shorter time in Iraq than he would in Slovakia.”

State and Church officials in Hungary were expecting the program to be announced on May 26, but the Pope’s alleged preferences have led to delays and frantic efforts to make the Francis change his mind.

Political differences form the background to this potential diplomatic snub. It is no secret in the Vatican that Francis’ pontificate has disagreed with both Viktor Orbán’s government and some of Hungary’s bishops over the government’s immigration policy which contrasts with the Pope’s preferred open-door approach to the issue.

Orbán is also one of Europe’s leading right-wing populists who has fought to defend Hungary’s Christian identity and taken a leading role in defending persecuted Christians worldwide but has clashed with the European Union over rule of law issues. Francis views such sovereigntist governments, which included the former Trump administration, as generally exhibiting a “myopic, extremist, resentful and aggressive nationalism” that has a “certain regression.”

Added to the sensitivity surrounding the papal visit is that it will be taking place months before Hungary’s general election next year and concerns that any papal visit could influence the result. The Hungarian government has tried to minimize this by proposing possible meetings between the Pope and opposition leaders as well as those in power.

If he does travel on to Slovakia, the Pope is likely to receive a different welcome in a country led by its first woman president, Zuzana Čaputová, a leftist politician, lawyer, and environmental activist. The prospects of such a visit to the predominantly Catholic country are also helped by the Slovaks having a strong lobby in the Vatican that is more favored because of its political situation, according to a Vatican source.

Pope Francis has made one-day visits before to countries for reasons other than to visit the nations themselves: He made a one-day trip to Strasbourg, France, to speak at the European Parliament and Council of Europe on Nov. 25, 2014, visited the Greek island of Lesbos on April 16, 2016 to draw attention to immigrants there, and traveled to the World Council of Churches in Geneva, Switzerland, for an ecumenical meeting on June 21, 2018.

But those visits were not to the capitals of those countries and courtesy visits to meet state leaders were therefore not on the agenda (although the President of the Swiss Federation did travel from Bern to meet him in Geneva).

When he has made brief one-day visits to countries’ capitals (Tirana, Albania, on Sept. 21, 2014, or Sarajevo, the capital of Bosnia and Herzegovina, on June 6, 2015), he has made a point of visiting and addressing the countries’ heads of state and civil authorities.

For a pope to visit a capital city and not meet the country’s leaders is therefore unprecedented. It is also rare for a Pope to attend an International Eucharistic Congress, and Francis will be the first Roman Pontiff to do so in 20 years.

The Sept. 5-12 event, a gathering of clergy, religious, and laity to bear witness to the Real Presence of Jesus in the Eucharist, is held every few years in a chosen country. This will be the 52nd such meeting since it began in France in 1881 and was postponed last year due to the coronavirus outbreak.

Officials in Budapest are eagerly awaiting what the Vatican eventually decides. “For now, we wait,” said an official. “We hope to hear something back this week or next.”