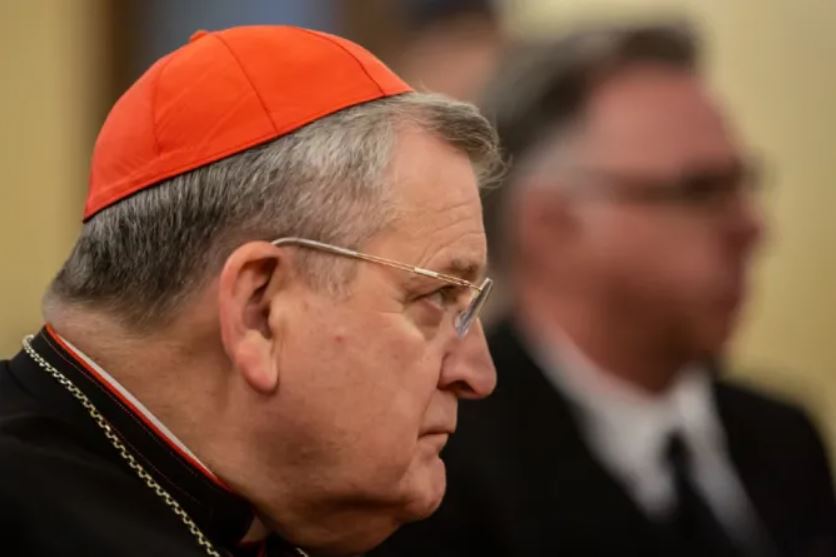 Prayers for Raymond Cardinal Burke continue to pour in amid unconfirmed reports that his condition is improving.

“I’m praying for Cardinal Burke’s healing. And for an increase in humility all around,” wrote National Review’s Kathryn Jean Lopez. “And also, a respect for conscience rights at this time of great fear. Fear does not bring out the best in us, it would seem.”

Lopez was critical of media reports which stressed Cardinal Burke’s orthodox Catholic faith, as well as his opposition to vaccination mandates. It is not known if Cardinal Burke was vaccinated against COVID-19, but he has been a vocal opponent of closing churches, as well as mandatory vaccines.

The Latin Mass Society created a “spiritual bouquet” where people could submit prayers or other devotional acts done with the intention of Cardinal Burke’s recovery.

Amanda Schrauth, a consecrated virgin in the Diocese of Great Falls-Billings, requested that people pray for Cardinal Burke. She called him “a great promoter of the vocation of Consecrated Virginity Lived in the World.”

“I met Cardinal Burke once in a small setting and asked him to pray for one of my sons who struggles with mental illness..he blessed me and prayed a beautiful prayer for my son,” tweeted Tina Townsend Smyth Aug. 20. “May our Lord be with Cardinal Burke during this struggle and heal him body and soul.”

Cardinal Burke’s representatives announced Aug. 14 that he had been admitted to the hospital and was on a ventilator due to complications of the coronavirus. He had previously announced his diagnosis of COVID-19 Aug. 10. On Aug. 17, it was reported that the cardinal was in “serious but stable condition” and that the next few days would be critical.

Midday on Aug. 20, after a period of silence regarding Cardinal Burke’s condition, the website “The Remnant” claimed to have heard from an unnamed priest friend of the cardinal.

“After a period under a medically induced coma, Card. Burke is steadily improving, no fever, respiration much better, doctors optimistic…His Eminence is expected to leave ICU in the next day or two,” reported The Remnant. “Deo Gratias!”

The report has not been verified by either Cardinal Burke’s representatives or the Shrine of Our Lady of Guadalupe in La Crosse, Wisconsin. The shrine has been providing updates on Cardinal Burke’s health.

An Afghan appeals to Pope Francis:...