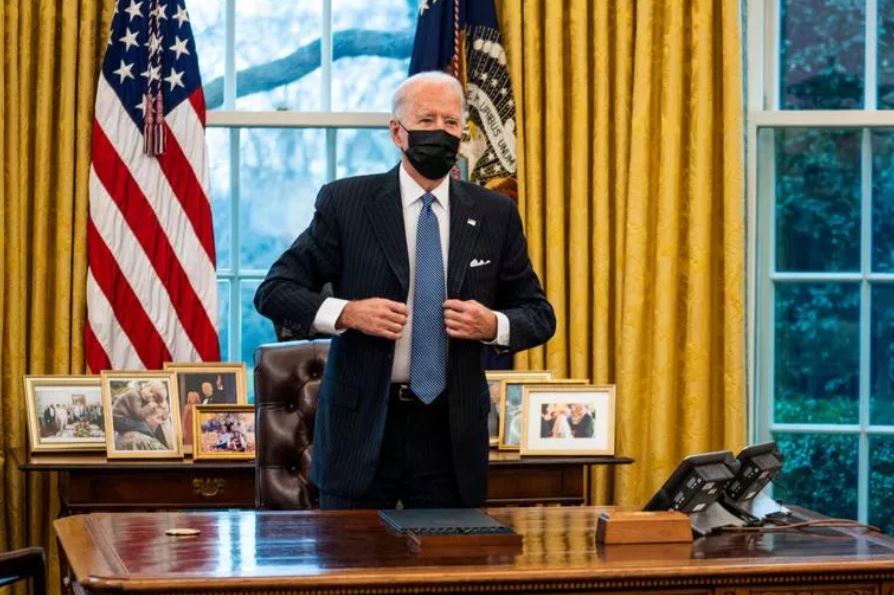 Critics outline the challenges of the administration’s policies.

WASHINGTON — On his first day in office, President Joseph Biden set the tone for his administration’s actions on the transgender issue with an executive order barring discrimination based on gender identity. It was followed shortly by an order allowing those seeking a change from their biological sex to serve in the military.

Religious freedom and legal experts have voiced concerns over these actions. Athletes and many with privacy concerns have also complained, arguing that these steps ignore the right to privacy and fair competitions.

Biden’s Day One executive order declared that “it is the policy of my administration to prevent and combat discrimination on the basis of gender identity or sexual orientation.” This includes in his understanding of that “access to the restroom, the locker room, or school sports” as well as protection against workplace discrimination due to lack of conformity “to sex-based stereotypes” and the ability “to access health care and secure a roof over their heads without being subjected to sex discrimination.”

The U.S. bishops spoke out against Biden’s order shortly after its release.

Cardinal Timothy Dolan of New York, the chairman of the U.S. Conference of Catholic Bishops’ Committee for Religious Liberty; Archbishop Paul Coakley of Oklahoma City; Bishop Michael Barber of Oakland, California; Bishop Shelton Fabre of Houma-Thibodaux, Louisiana; and Bishop David Konderla of Tulsa, Oklahoma, released a joint statement saying that the order “threatens to infringe the rights of people who recognize the truth of sexual difference or who uphold the institution of lifelong marriage between one man and one woman. This may manifest in mandates that, for example, erode health care conscience rights or needed and time-honored sex-specific spaces and activities.”

Just days later, Biden issued another executive order stating that “gender identity should not be a bar to military service” and asserting that “allowing transgender individuals to serve in the military does not have any meaningful negative impact on the Armed Forces.” He also approved a “process that would enable service members to take steps to transition gender while serving.”

That executive order cited a “meticulous, comprehensive study” from 2016 that concluded that permitting “transgender individuals to serve” would have “a minimal impact on military readiness and healthcare costs.” However, even that study did acknowledge that, in foreign militaries, “it is sometimes necessary to restrict the deployment of transitioning individuals.”

Additionally, James Stewart, who was then performing the duties of undersecretary of defense for personnel and readiness, testified before Congress in 2019 about problems arising from these policies in the Obama era, such as “the report of one commander who was confronted with dueling equal opportunity complaints. According to this commander, a transgender service member with male anatomy was permitted to adhere to standards and requirements for female service members, including access to shower facilities. This led to an equal opportunity complaint from biological females in the unit who believed granting a biological male, even one who identified as female, access to their showers violated their rights to privacy. The transgender service member responded with an equal opportunity complaint claiming that the command was not sufficiently supportive of the rights of transgender persons.”

Ryan Anderson, president of the Ethics and Public Policy Center in Washington, told the Register that Biden’s executive order “is instructing his agencies to now treat sex as gender identity”; and when it comes to health care, “no one’s being denied treatment for COVID because they’re male or female, or for that matter, because they identify as male or female. So, what he’s really getting at here is health-care plans are going to have to cover sex-reassignment procedures. Hospitals are going to have to offer sex-reassignment procedures.”

Anderson, the author of When Harry Became Sally: Responding to the Transgender Moment, said that when Biden says “people should have access to health care without being subjected to discrimination,” he’s “describing a disagreement about appropriate medical care for gender dysphoria as discrimination.” He referenced St. Joseph’s Medical Center in Baltimore, which is facing a lawsuit from the American Civil Liberties Union for declining to perform a gender-transition procedure, citing its Catholic beliefs.

He said the portion of Biden’s order discussing people having a “secure roof over their heads without being subjected to sex discrimination” is relevant to a 2019 case in Anchorage, Alaska, where a faith-based shelter for battered women “wouldn’t allow a male who identified as a woman to spend the night there. They called up a taxi cab, and they paid to have the individual go to the male shelter.”

“That’s what’s at stake there, that they’re going to reinterpret antidiscrimination law that says you can’t discriminate on the basis of sex to now mean gender identity,” Anderson said. “So whereas you could have separate homeless shelters for men and women, you now would have to do those based upon the self-declared gender identity of the individual.”

He anticipated “endless litigation for the next four years,” comparing the situation to the lawsuits triggered by the Affordable Care Act’s contraception mandate, saying that in this case the litigation will not be “on one aspect of health care, which is what we saw during the contraception mandate.” That’s because Biden’s initial executive order is the first step of “a transgender mandate” that will “get fleshed out with an education transgender mandate, a health-care transgender mandate, a housing transgender mandate.” Anderson speculated that after the midterm elections, a GOP-majority Congress could push back and even potentially “pass a law that would clarify that the word ‘sex’ means the biological reality, not the subjective identity.”
Not Just a Religious-Liberty Concern

While, as in the case of the Catholic hospital, some of these complaints have to do with religious freedom, Anderson said that “what’s really important for Catholics to realize is that we shouldn’t discuss these issues and frame these issues as if they’re just about religious liberty.”

A group of leaders in women’s sports, the Women’s Sports Policy Working Group, are asking Congress and the Biden administration to limit the participation of those who “have experienced all or part of male puberty (which is the scientific justification for separate sex sport).”

“We fully support the Biden executive order, ending LGBT discrimination throughout society, including employment, banking, family law and public accommodations,” Nancy Hogshead-Makar, a Title IX attorney and one of the leaders of the Women’s Sports Policy Working Group, told USA Today Sports on Monday. “Competitive sports, however, are akin to pregnancy and medical testing; these areas require a science-based approach to trans inclusion. Our aim has been on protecting the girls’ and women’s competitive categories, while crafting accommodations for trans athletes into sport wherever possible.”

Idaho was the first state to ban the participation of transgender athletes in female sports in March, but that law is blocked due to a challenge from the ACLU. Madison Kenyon, an Idaho State University runner who supported that law, told Fox News that her competitions against “biological males” were “frustrating” and “unmotivating.” Her attorney Christina Holcomb said that Biden’s new executive order sends a message to female athletes that they “don’t matter to this administration.”

Challenges Ahead for Catholics

Dan Balserak, religious liberty director and assistant general counsel at the U.S. bishops’ conference, told the Register that Biden’s Day One executive order signals “pretty clearly that we can expect quite a bit of action from the executive branch that enacts a view of human sexuality that is contrary to what the Church teaches.”

He also echoed Anderson’s point that, while “there is significant concern that these actions will infringe religious liberty,” there’s “also just the fact that these beliefs that the Church holds are true, and the law should reflect those true beliefs. And that’s the sense in which these anticipated actions will affect not just the Church’s ability to exercise its beliefs or religious individuals’ ability, but society generally. You don’t have to be religious to be concerned about the direction that order points toward.”

He highlighted the “substantial challenge” in the years ahead of “helping lawmakers and our culture generally understand the truth and beauty of what the Church teaches,” including combating “through our example and through our behavior the conception that people who hold our beliefs are bigoted, or are prejudiced, or are hostile to LGBT people.”

“We uphold the dignity of every human person and believe that everyone should be treated with respect, so there’s common ground there,” he said. “It’s just a question of what is required to treat someone with respect and with dignity. We do not think that treating someone with respect and dignity entails denying that there are real and meaningful differences between men and women or affirming conduct that is contrary to our teachings, to our beliefs.”

Regarding the suspension, Anderson said that “Catholic World Report ran a story about a public figure who is being nominated to serve in the government. And the story was factually correct. … We can’t allow speaking truthfully about who someone is to be redefined as a form of harassment. It strikes me that this would be really problematic.”

He added that he would understand if there was “targeted harassment,” where you’re “going after someone to try to make them feel bad, but that isn’t what happened here. What happened here was a news story that was reporting factually accurate stuff.”

Balserak said the incident was “a great concern” and that “the broader sort of lesson or phenomenon that this sort of Twitter censorship or cancellation highlight is that the advancement of this particular view of human sexuality, especially through changes to the law, is going to lead to a society where there’s simply less room for people to hold the beliefs that we do.”

“That sort of marginalization of our beliefs and of people who hold them will take place on Twitter,” he added, “but it will also take place around the water cooler and in the school pickup line. So there’s a certain amount of courage that people of faith are being called to exercise, because, if we self-cancel, then the job is already done; and there needs to be continued effort to assert that there is a rightful place in the national dialogue for these beliefs and for the people who hold them.”
Share With:
Previous Article