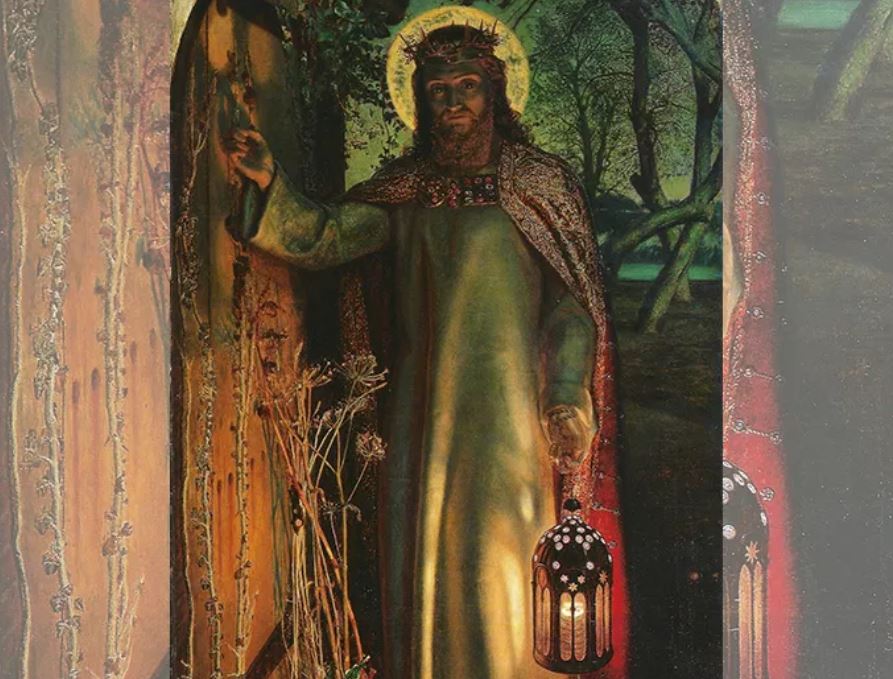 By the time of his retirement, California’s Father Daniel Johnson, who died in 2007, had walked the parish boundaries nearly five times.

Father Daniel Johnson (1929-2007) was a priest of the Diocese of Orange, California, ordained in 1954. (At the time, Orange County was a part of Los Angeles, but separated and became its own diocese in 1976.) Father Johnson is best known for his work as pastor of St. Mary’s by the Sea Parish in Huntington Beach, California, which he served from 1978 to 2004.

St. Mary’s is a small church near downtown Huntington Beach built in the 1920s. It had 400 families when Father Johnson arrived, but rebounded during his tenure so that by the time of his retirement it served nearly 1,400 families. While such rapid growth may be attributed to a number of factors, perhaps most notable among them was Father Johnson’s tenacious, door-to-door evangelization within the geographical boundaries of the parish. In his 26 years as pastor, the priest diligently sought out fallen-away Catholics entrusted to his care and encouraged them to return to the Church. By the time of his retirement, Father had walked the parish boundaries nearly five times.

Father was born in Michigan, and moved to California as a boy. He attended Los Angeles’ Holy Nativity parish, and went on to attend St. John’s Seminary in Camarillo, the seminary of the Archdiocese of Los Angeles. Before his death of cancer in 2007, he spoke of the effectiveness of his door-to-door evangelization.

When did you start your door-to-door evangelization, and have other priests you’ve known gone door-to-door?

I had some exposure to the concept early in my priesthood but I really didn’t do this in earnest until I came to St. Mary’s by the Sea. I have known two priests of the Diocese of Orange who went door-to-door: Msgr. Jim Nash and Msgr. Michael Collins (both now deceased).

At first, I was a little reluctant, but I often reflect that when Our Lord walked this earth and his public life began, he didn’t just set up an office in Jerusalem and wait for people to come. As we read in the Gospels, He went from city to city to city, up and down the Holy Land. If you’re a parish priest, that’s where you must go. Sometimes, you have to force yourself out of the rectory.

There’s an old saying, “We spend a lot of time saving the saved.” Every time I go out, I found four to six fallen-away Catholics. They’re out there. I would estimate conservatively that for every Catholic counted in the census, there are at least three times that many not going to Mass or who are now attending some other church.

Do you see the drain of the laity into other religions as a serious problem?

Oh, yes. Even among Hispanics. I speak Spanish just enough to communicate passably. Just recently, I was out walking and a young Hispanic man answered the door. “Used to be Catholic, now Mormon,” he said. The leakage is substantial. I’d like to see the experts out on the street to get them to see what is happening to the Church. On the same block, another Spanish-speaking ex-Catholic, now Latter-Day Saint, answered the door. She was a most gracious lady, very friendly to me. I left her my calling card and told her she would be most welcome if she decided to come back.

Still on the same street, I found a woman separated from her husband and with four kids who said she had tried several different religions before deciding to come back to the Catholic Church. She had just moved down from Sacramento. I gave her my card and wrote down the times of Masses and confessions and she said she was really glad I had come. Later, I remembered that our parish had an upcoming Mexican dinner, so I retraced my steps and invited everyone I had talked with to come.

What do you say to a stranger at the door?

I said the same thing every time: “Good morning. I’m from St. Mary’s. Are there any Catholics living here?” If they said “no,” I tell them I’m sorry I bothered them and I’m gone. I have a very soft-sell approach. Occasionally, I’m invited in by non-Catholics and I think they’re pleasantly surprised that I’m not looking for money or an argument. It’s different from denominations where you put a foot in the door and are there to convert. The main idea is to find non-practicing Catholics, and I always do. When I find a Catholic, depending on how talkative they are, I take it from there. Sometimes there’s a problem or a fixable marriage. Sometimes, I’ll meet someone who has been thinking about returning for a while.

What was the secret to your growth at St. Mary’s in your years there?

How many people have joined the parish as a result of your door-to-door evangelism?

It’s impossible to estimate. Sometimes people didn’t want to come forward and tell their story. I couldn’t tell how many people just quietly came and settled into the routine at St. Mary’s, but I have had many responses. One time, I received three calls from cards I left on one day. I also kept notebooks on where I’d been. If someone seems interested, I might call again or have the Legion of Mary follow up. If I make a Catholic contact, then I just felt I’ve given witness and that’s what it’s all about.

Naturally, I was interested in non-Catholics, too, but it was principally fallen-away Catholics I was trying to reach. During a good week, I might have gone out three or four times. As for numbers, it takes about three years to walk through the parish. Depending on weather conditions and what else is going on in my life, I passed out between 3,000 and 5,000 cards per year. Over the years, I’ve reached tens of thousands of people, so there’s no way to judge how much good has been done.

Have you ever had mishaps on your walks?

I was stopped by the police and had to produce identification. I learned to empathize with mailmen. And, I was thrown out of two mobile home parks. One of the most frustrating things was that we had so many gated communities in Huntington Beach that you couldn’t get in to talk to people, so I had to mail a card listing Masses and confessions. But it’s not nearly as effective as a personal visit.

One time, I rang a doorbell and a tall man answered. He was a fallen-away Catholic. Along came his wife. They weren’t married in the Church and had three kids not baptized. We baptized the baby, put the other kids into religious instruction classes and the parents had their marriage blessed. They’re a beautiful family, and became an indispensable part of our community.

Another family wasn’t home but found my card at the door and that started them coming to St. Mary’s. The wife was not Catholic and they, too, were married outside of the Church. I remember the day she received the sacraments, from Baptism to Matrimony. At one point she changed into a dazzling wedding gown and we had a wonderful celebration in our parish family room. They did the technical work on audio tape of the Norbertine seminarians from St. Michael’s Abbey singing and it was a huge hit. They, too, became thoroughly immersed in the parish.

Another time I knocked and a young family man, about 30, met me at the door with his dog. We had a long talk and subsequently began instruction classes for the wife and made arrangements to have one of the children baptized. The wife went to work at the rectory, and they became involved in our pro-life efforts.

Do you think lay people can assist in door-to-door evangelization as well?

Lay people, like the Legion of Mary, Latino groups and others are doing more and more evangelization and that is wonderful. However, the priest has a unique opportunity and role to play in evangelization. He is recognized as a spokesman and a shepherd by that mark of identification, which is the Roman collar. It has a tremendous impact which cannot be measured. I used to walk down to the Huntington Beach Pier just to look around. I’ve never tried to “buttonhole” anyone, but you’d be surprised how often a troubled person would seek me out or someone would stop for a friendly chat. When you get into this work, you see the value of the collar. Who knows? Seeing it may trigger a thought of God or religion.

What are some of the other memorable experiences you’ve had on your walks?

The most rewarding for me were the shut-ins, the elderly and disabled who are unable to leave their homes, who had stopped receiving the sacraments. I brought them Holy Communion regularly and when they passed on, I was grateful that I was able to meet them. What would have happened to them if they had no priest?

The most dramatic thing I remember was told to me by an excellent and trustworthy parishioner. A man came staggering out of his house with the intent of throwing himself in the ocean to commit suicide. He saw my card at the door and changed his mind. I never talked to him. I still don’t know who he is. Just that little card did it for him.

Struggle With Fear or Anxiety? Psy...