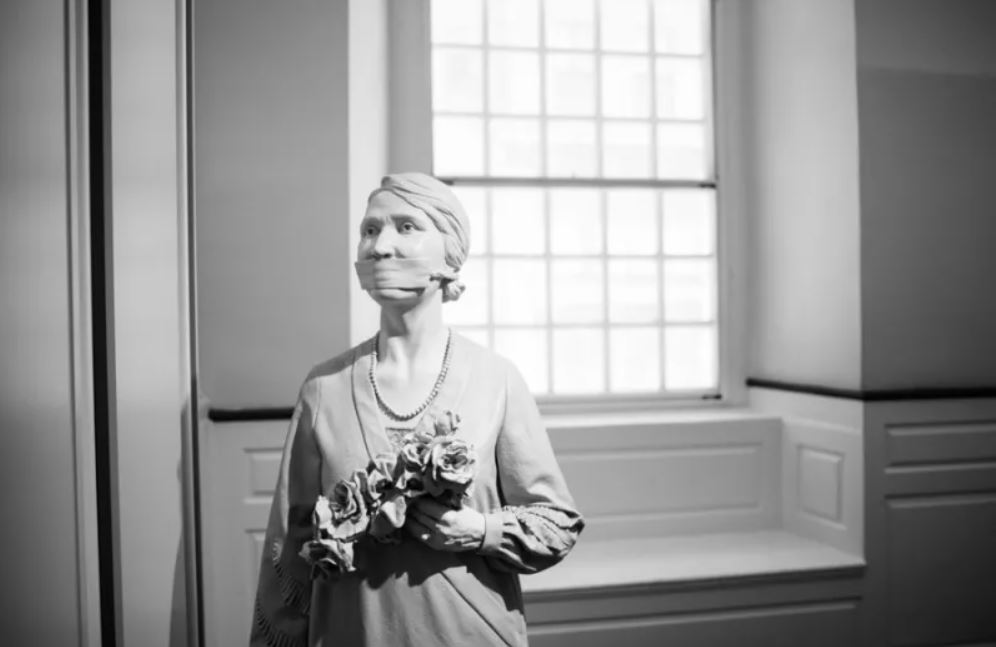 After the head of Planned Parenthood promised to “reckon with” founder Margaret Sanger’s connections to racism and eugenics, pro-life advocates said the organization is still part of the problem.

In an opinion piece on Saturday for the New York Times, Alexis McGill Johnson – Planned Parenthood president and CEO – stated that the question of whether or not Sanger was a racist is one “that we’ve tried to avoid, but we no longer can. We must reckon with it.”

“Up until now, Planned Parenthood has failed to own the impact of our founder’s actions,” she wrote. “We have defended Sanger as a protector of bodily autonomy and self-determination, while excusing her association with white supremacist groups and eugenics as an unfortunate ‘product of her time.’”

However, pro-life advocates said that a simple apology and denunciation of Sanger’s beliefs is “cheap” and “hollow.”

Angela Franks, author of “Margaret Sanger’s Eugenic Legacy: The Control of Female Fertility,” told CNA in an interview that Planned Parenthood “is trying to have it both ways,” by appeasing to progressive activists without “getting to the heart of the problem with Sanger.”

“In some ways it’s a cheap attempt to repurpose the organization within the progressive lobby,” Franks said.

“Whether they personally identify with Sanger’s ideology or not, they continue to carry out her mission, by serving as the leading executioner of our children,” Watson said in a written statement on Sunday.

“The same Sanger they claim to disavow would applaud their efforts and results, as a disproportionate percentage of Black children have been killed in Planned Parenthood’s abortion clinics,” he said.

In her op-ed, McGill Johnson wrote that Sanger spoke to the women’s auxiliary of the Ku Klux Klan and was associated with the eugenics movement.

“Until recently, we have hidden behind the assertion that her beliefs were the norm for people of her class and era, always being sure to name her work alongside that of W.E.B. Dubois and other Black freedom fighters,” she wrote. “But the facts are complicated.”

Sanger also endorsed the Supreme Court’s 1927 Buck v. Bell decision “which allowed states to sterilize people deemed ‘unfit’ without their consent and sometimes without their knowledge — a ruling that led to the sterilization of tens of thousands of people in the 20th century,” McGill Johnson wrote.

“We will no longer make excuses or apologize for Margaret Sanger’s actions,” she stated.

The admission marked a stark change in tone from the nation’s largest abortion provider on its founder Margaret Sanger, having previously described her as a “trailblazer” for women’s rights.

While McGill Johnson’s piece touched on Sanger’s association with white supremicist groups, Franks said, it did not fully engage her embrace of eugenics.

“There were plenty of eugenicists who wanted to reduce people who were white too,” Franks said, explaining that there were elements of classism and ableism in the ideology that targeted the poor or the cognitively or physically disabled.

“It led them to viewing whole swaths of the population as unfit,” Franks said, adding, “they’re not facing up to that legacy at all.”

Franks said Planned Parenthood has realized that Sanger’s views “could not simply be explained away,” but a real reckoning with her legacy would involve closing their doors.

“You just can’t square this [legacy] with the pursuit of justice Planned Parenthood says they’re on board with,” Franks said. “The bigoted mindset of Sanger is woven into the organization in such a way that it would really have to cease doing what it does.”

A 2016 document distributed by Planned Parenthood called “Margaret Sanger — Our Founder” described her as “a woman of heroic accomplishments,” while admitting that she was “complex and imperfect.

“Nearly 130 years after her birth and more than 40 years after her death, Planned Parenthood is proud to carry on Sanger’s lifelong struggle to defend the basic human right to decide when or whether to have a child,” the document stated.

The document acknowledges her association with the eugenics movement, but describes the ideology as “a theory accepted by most American scientists and physicians” at the time. It also acknowledges Sanger gave a speech to a meeting of the Ku Klux Klan, which Sanger herself referenced in her autobiography.

“In the 1920’s, the KKK was a mainstream movement and was considered a legitimate anti-immigration organization with a wide membership that included many state and local

officials. At that time, it defined its enemies as Blacks, Catholics and Jews. Planned Parenthood today denounces Sanger’s address to the Ku Klux Klan,” it states.

At press time, the document was no longer available on Planned Parenthood’s website.

Planned Parenthood’s shift in messaging about its founder comes after a report last year that dozens of the organization’s Black employees said they experienced “acts of racism and anti-Blackness” at Planned Parenthood with “no meaningful consequence or accountability for racial harm.”

A spokesperson for Planned Parenthood told Buzzfeed News in October that its leadership “is committed to confronting the organization’s legacy of white supremacy head on.”

Planned Parenthood of Greater New York announced last year it would strip Sanger’s name from its Manhattan facility. McGill Johnson also acknowledged in the opinion piece that the organization “is making Margaret Sanger less prominent in our present and future,” and that it has “already renamed awards previously given in her honor.”