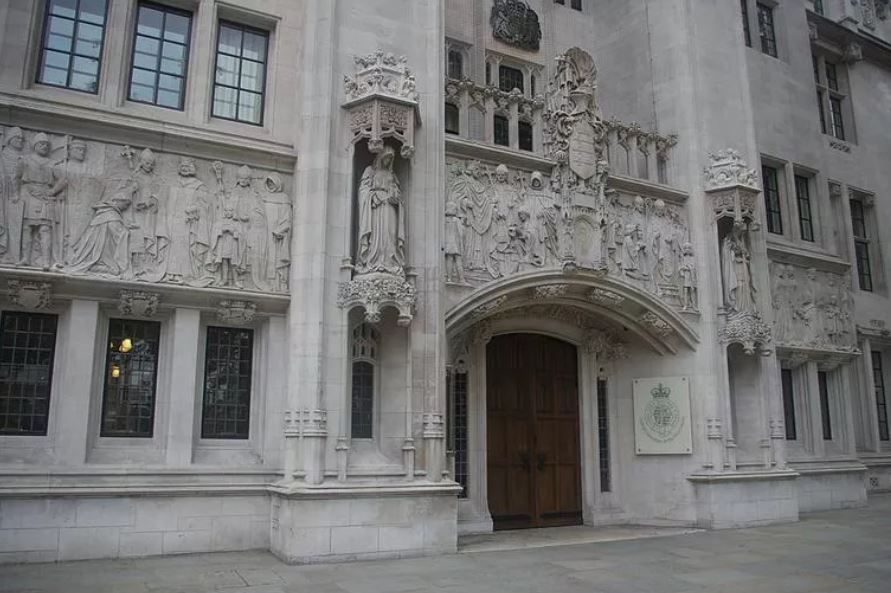 After specialists at Evelina London Children’s Hospital said that life-support treatment should be removed, the case went to the High Court, which issued its ruling on Jan. 8.

LONDON, England — A pro-life group described the U.K. Supreme Court’s decision not to hear a mother’s appeal over the removal of life support for her 5-year-old daughter as “a tragedy.”

The Society for the Protection of Unborn Children (SPUC) said that Paula Parfitt was “a heroic example of a loving mother” after her legal battle on behalf of her daughter, Pippa, ended April 1.

John Deighan, the organization’s deputy CEO, said in a statement on the same day: “We have backed this case because we believe that every human life is valuable and worthy of care.”

“Paula has been a heroic example of a loving mother and we want to support her. She is right to expect that our society should treasure every person no matter what their condition of health.”

Referring to recent videos of Pippa with her mother, he added: “I believe the videos show that Pippa’s treatment is not over-burdensome and that she derives great benefit from her mum’s care. It is a tragedy that we are powerless before our courts to keep her alive.”

SPUC said that the family was considering seeking asylum in Canada, “where there is a possibility of treatment.”

According to U.K. media, a Supreme Court spokeswoman said April 2 that a panel of three justices had declined to give Parfitt permission to mount a challenge after considering a written application.

Parfitt, from Strood, Kent, had taken her legal challenge to the High Court and Court of Appeal earlier this year.

Pippa was born in 2015. In December 2016, she fell ill and began suffering seizures. Doctors diagnosed her as suffering from acute necrotising encephalopathy, a rare form of brain damage marked by multiple bilateral lesions.

After specialists at Evelina London Children’s Hospital said that life-support treatment should be removed, the case went to the High Court, which issued its ruling on Jan. 8.

In February, the Anscombe Bioethics Centre in Oxford argued that the ethical reasoning behind the High Court decision was “deeply flawed.”

In an analysis of the judgment, the center’s director David Albert Jones said that the case had similarities with those of Charlie Gard and Alfie Evans, in which ventilation was withdrawn against their parents’ wishes.

He said that withdrawing life-sustaining treatment could be justified if it no longer serves its purpose or is “excessively burdensome.”

“On the other hand, withdrawal of life-sustaining treatment when treatment would have been beneficial and not unduly burdensome is nothing less than abandonment,” he wrote.

“Furthermore, even if withdrawal of treatment is justifiable, it is important that the decision is made for the right reasons. In the case of Pippa Knight, as in the two former cases, the ethical reasoning is deeply flawed.”

In February, Pippa’s mother asked appeal judges to overturn the ruling, arguing that her daughter should be allowed to leave the hospital and be treated at home on a portable ventilator.

The Court of Appeal upheld the High Court’s ruling on March 19.

Appeal Court judge Lord Justice Baker said in a written ruling: “I am entirely satisfied that the judge was entitled to conclude and declare that it was lawful and in Pippa’s best interests that life-sustaining treatment be withdrawn for the reasons he gave in his judgment.”

The two other judges who heard the appeal expressed their agreement.

Following the ruling, Parfitt said: “I am once again devastated as a result of the judgment of the Court of Appeal today, to uphold the decision that it is not in Pippa’s best interests to have a two-week trial of portable ventilation to find out whether she could come home,” she said.

She continued: “I will be seeking permission to appeal to the Supreme Court. I want Pippa to have every possible chance to come home and be with her family.”

Commenting on the Appeal Court ruling, Catholic Bishop John Sherrington said: “Pippa is living in a seriously disabled way due to her complex and rare medical condition. The Catholic Church teaches that every person has worth and dignity which is independent of their condition. Lack of awareness does not diminish worth.”

“The ruling to allow medics to cease Pippa’s treatment based on her quality of life or worth does not acknowledge or afford her the inherent human dignity with which she was born.”

Bishop Sherrington, a Westminster diocese auxiliary bishop and the English and Welsh bishops’ spokesman for life issues, said he was praying for Pippa, her mother, and the healthcare professionals caring for the girl.

“We must uncompromisingly ensure that proper care is given where there is still life, despite serious illness or disability,” he commented.

“We are reminded that such care must include the provision of nutrition and hydration, by whatever means, which is neither treatment nor medicine, unless this itself becomes overly burdensome.”

Cardinal Parolin: I am sad to see...