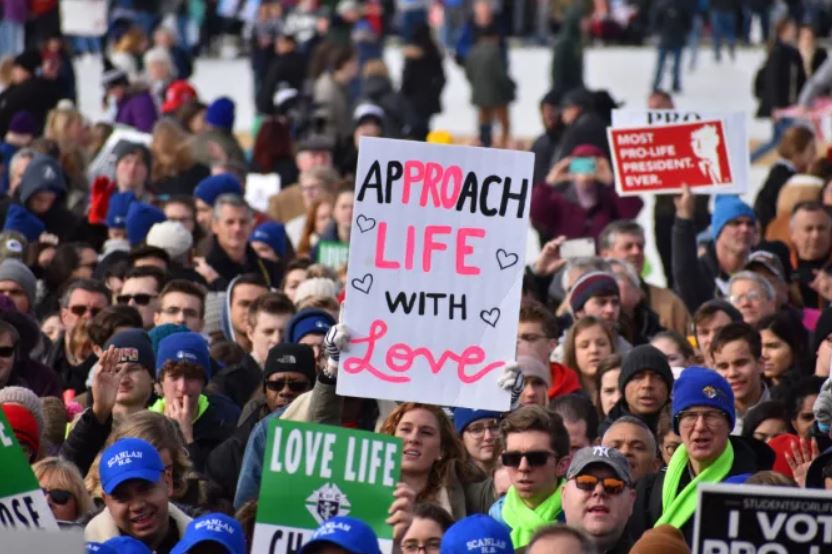 As pro-abortion rallies were held across the country last weekend in response to a Texas law regulating abortion, pro-lifers in several areas also staged protests to counter them.

An Oct. 2 pro-abortion march in Washington, D.C., organized by the Women’s March and Planned Parenthood, also spawned an additional “more than 650 marches in 50 states” such as Texas and Colorado, according to organizers.

Though “Women’s Marches” have been organized since 2017 to advocate for a range of women’s rights issues, the marches this week were largely focused on abortion, following the recent passage of a pro-life law in Texas, and coinciding with the start of a new Supreme Court term in which the court will soon take up a case that many observers are saying could pose a substantial challenge to Roe v. Wade.

In Chattanooga, Tennessee, pro-lifers organized a prayer rally to counter a pro-abortion rally that gathered at a park and marched the streets of the downtown.

Candy Clepper, with Greater Chattanooga Right to Life, told local station WDEF: “We believe that every human being, including the unborn has a right to life and we are committed to advocating [for] that and defending that.”

In Ocala, Florida, pro-abortion and pro-life protestors clashed directly. Groups on two separate intersections held signs and chanted slogans at each other; police had to step in at one point to quell a disagreement, local media reported.

Similarly, in Augusta, Georgia, a pro-life gathering organized by the Alleluia Pro Life organization and Augusta Right to Life came together across the street from the pro-abortion Bans Off Our Body gathering.