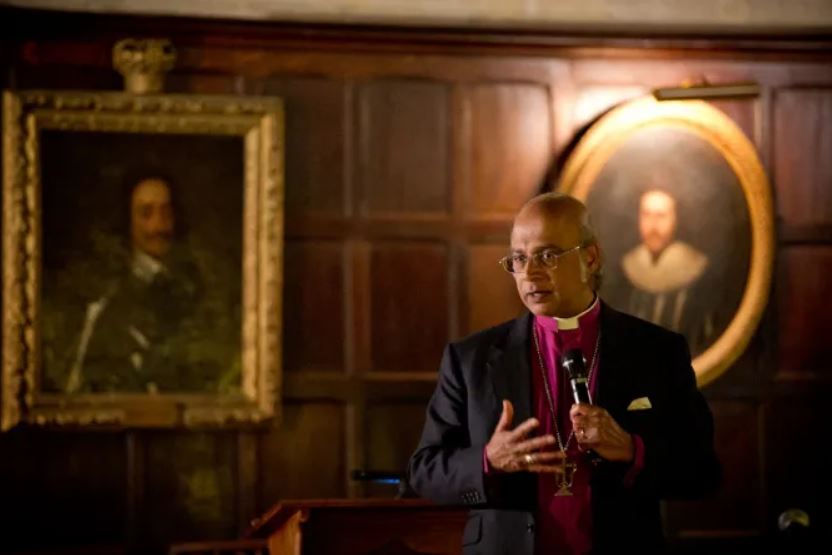 A prominent Anglican bishop once considered a potential future Archbishop of Canterbury has entered into full communion with the Catholic Church.

The Rt. Rev. Michael Nazir-Ali, the former bishop of Rochester, England, has joined the Personal Ordinariate of Our Lady of Walsingham, The Spectator reported on Oct. 14.

The magazine said that Nazir-Ali could be ordained as a Catholic priest as early as next month within the ordinariate, a body created by Benedict XVI in 2011 for groups of former Anglicans wishing to preserve elements of their patrimony.

In an Oct. 14 statement, the ordinariate said that Nazir-Ali was received into full communion by the group’s Ordinary, Msgr. Keith Newton, on Sept. 29, the Feast of St. Michael and All Angels.

“With the permission of the Holy See, he will be ordained to the Catholic priesthood for the ordinariate in due course,” it said.

Nazir-Ali said: “I believe that the Anglican desire to adhere to apostolic, patristic and conciliar teaching can now best be maintained in the ordinariate. Provisions there to safeguard legitimate Anglican patrimony are very encouraging and, I believe, that such patrimony in its Liturgy, approaches to biblical study, pastoral commitment to the community, methods of moral theology and much else besides has a great deal to offer the wider Church.”

“I am looking forward to receiving from the riches of other parts of the Church, while perhaps making a modest contribution to the maintenance and enhancement of Anglican patrimony within the wider fellowship.”

The news comes a month after another Church of England bishop said that he was crossing the Tiber.

The Rt. Rev. Jonathan Goodall, the Anglican bishop of Ebbsfleet, said that he had taken the decision “after a long period of prayer.”

Nazir-Ali was born in Karachi, Pakistan, in 1949, and attended Catholic schools. He has both a Christian and Muslim family background and holds British and Pakistani citizenship.

He was ordained as an Anglican clergyman in 1976, working in Karachi and Lahore. He became provost of Lahore Cathedral and was consecrated as the first bishop of Raiwind in West Punjab.

He later joined the staff of the Archbishop of Canterbury, helping to plan the 1988 Lambeth Conference, a gathering of bishops from across the Anglican Communion.

In 1994, he was appointed bishop of Rochester, covering the areas of Medway, north and west Kent, and the London Boroughs of Bromley and Bexley.

Married with two children, he served as a member of the House of Lords, Britain’s upper house of Parliament, from 1999.

In 2002, the U.K. media identified him as one of the favorites to succeed the retiring Archbishop of Canterbury, George Carey. He was quoted at the time as saying that he was the target of a racist smear campaign and he remained as bishop of Rochester until 2009.

He is currently president of the Oxford Centre for Training, Research, Advocacy, and Dialogue (OXTRAD).

Msgr. Newton commented: “Since its erection in 2011, Michael has always shown great interest in the development of the ordinariate in the United Kingdom. Those of us who serve the Catholic Church within the Ordinariate of Our Lady of Walsingham are delighted at his reception into full communion and forthcoming ordination.”

“He brings a great experience of the Anglican Communion and is in a unique place to articulate that Anglican patrimony, described by Pope Benedict XVI as a treasure to be shared, which now has an honoured place in the Universal Church.”

Many converts come from the Anglo-Catholic branch of the Church of England, which stresses Anglicanism’s Catholic heritage, but Nazir-Ali has long been associated with the evangelical wing.

Nazir-Ali said: “Ministry in the Church of Pakistan, in the Middle East generally, in the Church of England and the wider Anglican Communion remains precious to me and I see this as a further step in the ministry of our common Lord and of his people. At this time, I ask for prayers as I continue to pray for all parts of the Church.”