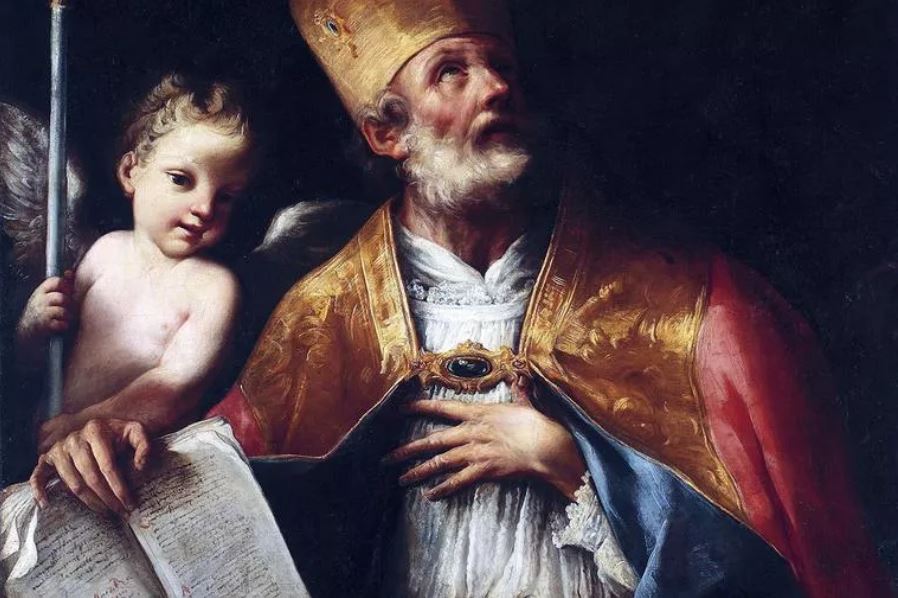 The Sacred Scriptures must be read literarily, and not merely literally.

Should the Bible be read literally or literarily? This question must not only be asked but answered if the Bible is to be read in conformity with the twin demands of faith and reason.

As is often the case, it will serve us well to begin by defining our terms. What’s the difference between reading literally and reading literarily?

Reading literally is seeing the facts and only the facts; reading literarily is seeing further levels of meaning beyond the facts, which are discovered through the recognition of an allegorical dimension to the text. It is important to realize that the two types of reading are not necessarily in conflict. A literal understanding of the text is required before any literary understanding is possible. It is, therefore, not a question of either/or but both/and. We must read the Bible literally in order to be able to read it literarily. It is, however, not sufficient to only read the Bible literally. If we insist on the facts and nothing but the facts, we will not be seeing the fullness of truth that Scripture reveals.

The best way of understanding the necessity of reading the Bible literarily is to be found in the teaching of two great saints, Augustine of Hippo and Thomas Aquinas.

In his seminal work On Christian Doctrine (De doctrina Christiana), Augustine makes the crucial distinction between “things” and “signs”:

“I have here called a ‘thing’ that which is not used to signify something else, like wood, stone, cattle, and so on; but not that wood concerning which we read that Moses cast it into bitter waters that their bitterness might be dispelled, nor that stone which Jacob placed at his head, nor that beast which Abraham sacrificed in place of his son. For these are things in such a way that they are also signs of other things.”

Specifically, Augustine sees the “wood” in this particular scriptural context as signifying the cross, and the “stone” and the “beast” as representing the human nature of Christ. They are literal things that signify something else. “For these are things in such a way that they are also signs of other things.” He then distinguishes two distinct types of signs. There are “natural signs,” those occurring in nature, such as smoke that signifies fire or animal tracks that signify the passing of an animal. And then there are those “conventional signs,” such as words, “whose whole use is in signifying.” Every word is, therefore, allegorical in the broadest sense of the word, insofar as it is a thing whose only purpose is to signify something beyond itself.

The word allegory derives from the Greek word allegoria, which is itself the combination of two other Greek words: allos, meaning “other,” and agoria, meaning “speaking.” At its most basic level, allegory is, therefore, anything that “speaks” or points to another thing. In this sense, as St. Augustine states, every word is an allegory, a conventional sign that signifies something else. The word dog is a sound, when spoken, or a series of three shapes (letters) arranged in a certain order, when written, which signifies a four-legged canine mammal. Each of the three letters arranged in the certain order to make the word dog are themselves allegories, signifying certain sounds. If we were to shuffle those three allegorical signifiers into the reverse order it would make a word which signifies something very different from a dog, i.e., god. Letters and words are the most basic form of allegories, i.e., things that speak of other things, but there are many other types of allegory. The parables of Christ are allegories in that they are one thing, a fictional story, that speaks of another thing, the moral lesson to be learned as being applicable to our own lives and the lives of our neighbors. Insofar as the Prodigal Son, or his forgiving father, or his envious brother remind us of ourselves or others, they are allegorical figures.

There is another cruder form of allegory in which characters are reduced to being mere personified abstractions, which is to say that they only exist to represent an abstract concept. Examples of this form of allegorical figure would be the Lady Philosophy in Boethius’s Consolation of Philosophy, or the Giant Despair in Bunyan’s Pilgrim’s Progress, or the Lady Reason with her younger sisters Philosophy and Theology in C. S. Lewis’s Pilgrim’s Regress. This crude form of allegory is not to be found in Scripture, but, as we have seen, other forms of allegory, such as, for instance, the moral applicability of the parables of Christ, are poignantly and palpably present. It is in this sense that it is imperative that we move beyond the literal to the literary level of understanding of the text.

According to Thomas Aquinas, the Bible needs to be read on no fewer than four distinct levels of meaning: the literal level and three distinct allegorical levels. These three levels are what he terms the allegorical, the moral and the anagogical. The allegorical meaning is to be found in the way in which the Old Testament prefigures and points towards its fulfilment in the New Testament; the moral meaning is to be found in the manner in which the text of Scripture is applicable to the moral life of the reader and his neighbor; and the anagogical meaning relates to the eternal significance of the text, reminding the reader of the Four Last Things: Death, Judgment, Heaven and Hell.

Once we’ve ascertained that the Bible must be read literarily and not merely literally, we will be better able to detect the literary quality of Scripture. Broadly speaking, literature can be said to fall into two distinct forms, which might be termed lyrical and narrative.

Lyrical literature is the fruit of that contemplation, born of wonder, which dilates the mind and soul into the fullness of reality. It was encapsulated by Gerard Manley Hopkins in his poem “God’s Grandeur” which celebrated the presence of the Divine in the material world, the presence of the Creator in his creation:

The world is charged with the grandeur of God.

It will flame out, like shining from shook foil …

This lyrical dimension can be seen in the Song of Solomon and the Psalms of David, and also, most sublimely, in the opening chapter of St. John’s Gospel, as well as in John’s ecstatic description of the apocalyptic and anagogical Revelation with which he was gifted.

It is, however, in the narrative dimension of Scripture that the literal and literary qualities shine forth most powerfully. The Bible and especially the Gospel is the giving of good news through the telling of good stories. We know that stories are potent ways to evangelize because they have been sanctioned and sanctified by Christ himself who taught many of his most important lessons in the form of parables, which are fictional narratives. On a deeper level, Christ also told us the most powerful story in the unfolding of his birth, life, suffering, death, resurrection and ascension. The Greatest Story Ever Told is Christ’s own life story.

This was what Tolkien and Lewis called the True Myth, the myth that really happened. Other myths or stories, such as the ones told by Tolkien and Lewis themselves, are echoes of that True Story. In this way the Bible can be seen not as a type of literature but as the archetype of which all other good literature is itself a type. This was intimated, perhaps, by Father History in Lewis’ Pilgrim’s Regress who explains that the ancient pagan myths were pictures sent by God to those who had forgotten how to read. Scripture can be seen as the True Picture, given by God to show us himself, which is done primarily through narrative, through the telling of stories which have applicable allegorical, moral and anagogical meaning.

If we see the Incarnation as the moment in which the Author enter his own story (history being “his story”), we see human history and life itself as a narrative pointing to the Happy Ending which is promised by the Author himself to those who read the story well and play their own part within it. Each of us, in our own individual life stories, is a story-within-the-story, much as the parable of the Prodigal Son is a story within the Gospel story, and much as the play-within-the-play in Hamlet is a story within the story which serves as a revelation enlightening the story itself. In this way, we can see that not only must we learn to read the Bible literarily — we must learn to read life itself literarily.

As for the power of fictional narrative to reveal the deepest truths, let’s conclude with that most sacrosanct of works of fiction to which we have already made reference. The parable of the Prodigal Son is a work of fiction. The Prodigal Son never existed; nor did his father, nor his brother, nor the pigs. They are all figments of Christ’s imagination. In this sense they are fictional characters whom we might be tempted to see as less real than we are.

And yet every time that story has been told or read since the time that Christ himself first told it, each listener or reader has seen himself in the story, perhaps as the Prodigal Son, or the envious brother, or the forgiving father. And when we hear or read the story, we don’t think that the Prodigal Son is like us, we think that we are like the Prodigal Son. He is the archetype of which we are only types. In this very real sense, he is more real than we are, even though he never existed except in a fictional story that Christ tells us.

J. R. R. Tolkien wrote that fictional stories, even fairy stories, hold up a mirror to man. They show us ourselves. How much more true is this of the Bible?

The difference between the Bible and all other literature is that the Bible is not merely a mirror that shows us ourselves but the light by which reality is seen.