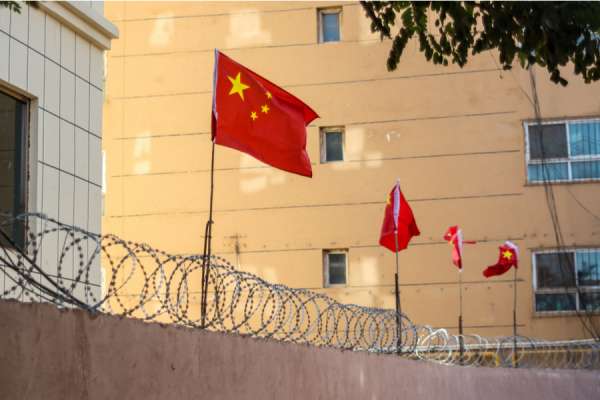 Washington D.C., Mar 10, 2021 / 10:00 am (CNA).- China’s abuses of the Uyghurs in Xinjiang violate every article in the United Nations’ definition of genocide, a new policy report published on Monday claims.

The 55-page report from The Newlines Institute for Strategy and Policy, a foreign policy think tank based in Washington, D.C., is one of the first independent reports into the actions of the Chinese Communist Party (CCP) in Xinjiang province.

The report, titled “The Uyghur Genocide: An Examination of China’s Breaches of the 1948 Genocide Convention,” confirms that the Chinese authorities created a massive network of internment camps in Xinjiang purportedly for “re-education” and “terrorism prevention.” The Uyghurs are an ethnic minority and are mostly Muslim, and live alongside other ethnic and religious minorities in the region.

“This report concludes that the People’s Republic of China (China) bears State responsibility for committing genocide against the Uyghurs in breach of the 1948 Convention on the Prevention and Punishment of the Crime of Genocide (Genocide Convention) based on an extensive review of the available evidence and application of international law to the evidence of the facts on the ground,” said the report.

In 1948, the UN Genocide Convention designated five acts that would constitute “genocide.” According to the report, China–a signatory to the genocide convention–has committed all five acts. Committing just one act “with the requisite intent can sustain a finding of genocide,” according to the covention.

Reports from survivors of the camps in Xinjiang detail stories of systematic rape and sterilization of Uyghur women. A woman formerly interned in the camp told of how people were regularly beaten and sodomized with an electric rod.

Forced birth control through use of intrauterine devices (IUD) has increased dramatically in Xinjiang while being on the decline throughout the rest of China. Uyghur women, who used to have among the highest fertility rates in the country, have seen precipitous drops in fertility in recent years.

Leaked manuals from the camps describe how some inmates are detained for the “crime” of wearing traditional clothing, among other things.

Chinese government officials have denied accusations of genocide and insist that the camps have helped prevent terrorism in the region.

China’s foreign minister, Wang Yi on Sunday called the accusation of gencoide “preposterous,” and said that the report is “rumour fabricated with ulterior motives and a total lie.”

On Jan. 19, then-Secretary of State Mike Pompeo declared that Chinese authorities had committed genocide against Uyghurs and other ethnic and religious minorities in Xinjiang. Pompeo cited forced labor, torture, and forced abortion, sterilizations, and birth control as some of the abuses behind his determination.

During his confirmation hearings, current Secretary of State Antony Blinken said that he agreed with Pompeo’s genocide assessment.

Priest prepares to sell his covete...