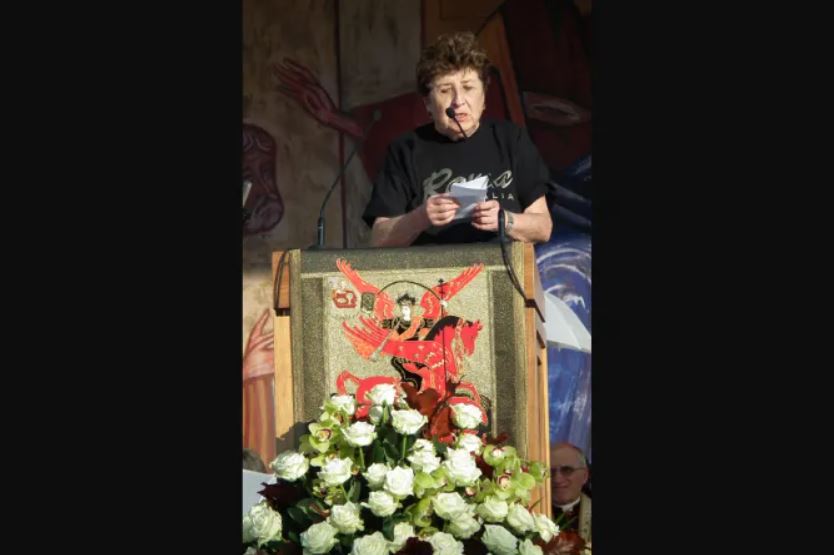 A request has been made to open the beatification cause of Carmen Hernández, co-founder of the Neocatechumenal Way, who died five years ago at the age of 85.

On the anniversary of the Spanish woman’s death July 19, Cardinal Carlos Osoro, the archbishop of Madrid, offered Mass in the Cathedral of Santa María la Real de la Almudena.

At the Mass, Osoro was presented with the “Supplex Libellus,” a collection of documents requesting that the diocesan phase of Hernández’s cause for beatification be officially opened.

“Carmen wanted in her life to be a spokesperson for Jesus Christ,” Osoro said in his homily. “How many times do we hear from her own lips that what man needs most is to love with the love of Christ himself and to experience the love of the Lord.”

Hernández, who died in 2016, founded the Neocatechumenal Way together with Kiko Argüello in Spain in 1964.

The ecclesial movement draws its inspiration from the practices of the early Catholic Church, providing “post-baptismal” Christian formation in some 40,000 small, parish-based communities.

The movement is present all over the world, and says it has an estimated membership of more than 1 million people.

According to Vida Nueva Digital, the postulator for Hernández’s cause has begun investigations into the co-founder’s life and has already collected more than 16,000 pages. The next step, if the request to open the cause is granted, will be recording statements from witnesses, historians, and theologians.

Speaking to Vatican News ahead of the July 19 Mass at the Madrid cathedral, the postulator said: “there are many who want to come and say even just a ‘thank you’ to Carmen for what, directly or indirectly, she has done for their life.”

Hernández was born in Ólvega, Spain, but mostly grew up in Tudela. She studied chemistry in Madrid, and afterward joined the Institute of Missionaries of Christ Jesus. After graduating with a degree in theology, she started the Neocatechumenal Way with Argüello.

In an interview with Vatican News, postulator Carlos Metola said Hernández was a prolific writer and notetaker.

“Carmen wrote every day and every night, after having lived a tiring day or even traveling for hours; already at dawn, she woke up and wrote about what had happened to her,” he said.

“She also surprised us by the quantity of her studies and her research: many drafts, annotations on the Fathers of the Church or on the origins of the Sacraments, especially the Eucharist, the roots of the Jewish Passover,” he continued. “She was a true researcher, she tried to prepare well before any speech or catechesis.”

“Kiko talked more, Carmen wrote a lot. In many of the books in her library (about five thousand volumes) there is often a ‘K’ marked in red. They were the books she wanted to pass on to Kiko for him to read and study.”

Bear the Cross for Christ: A Pries...

Catholics in France Divided on COV...