Responding to the Joe Biden Presidency: ‘Souls Are on the Line’ 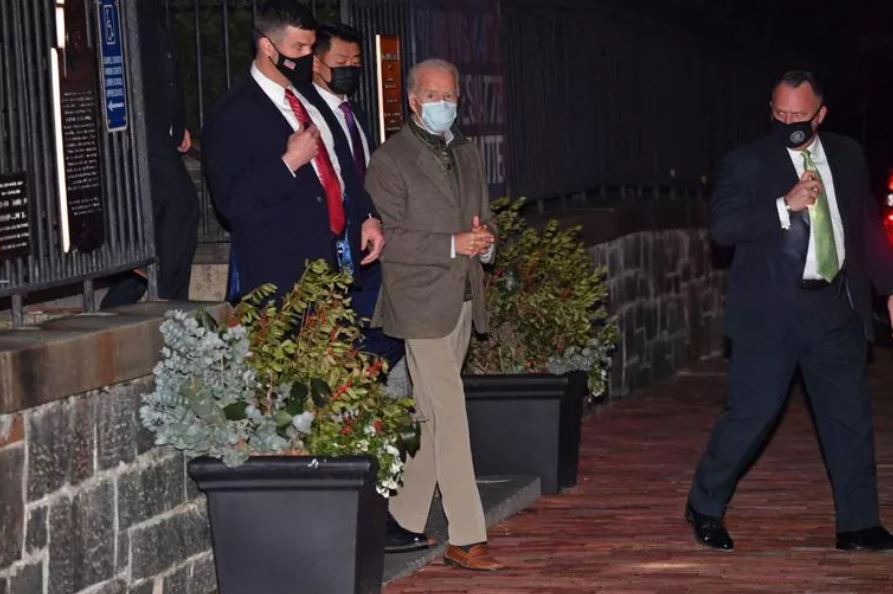 Responding to the Joe Biden Presidency: ‘Souls Are on the Line’

Speaking with the Register, Catholic commentator Mary Eberstadt discusses the profound challenge that the pro-abortion-rights president poses for the faithful.

Catholic author and commentator Mary Eberstadt recently made a direct public appeal to President Joe Biden ahead of the March for Life, appealing for him to make an appearance at the event.

In the essay, which was published by Newsweek, Eberstadt advised the pro-abortion-rights president that an appearance at the pro-life march would be a way to put his inaugural speech’s promise to seek unity “into action with a gesture that could reassure one group of people you singled out: Americans who did not vote for you.”

Not unexpectedly, President Biden completely disregarded Eberstadt’s eloquent appeal for a unifying appearance at the March for Life. Instead, the president, who is Catholic, manifested his continuing support for the abortion lobby by announcing his repeal of the pro-life Mexico City Policy that bans taxpayer funding of overseas abortions on Jan. 28, one day before the March for Life took place.

Speaking with the Register by email, Eberstadt — who on Feb. 2 was named as the inaugural holder of the Panula Chair in Christian Culture at the Catholic Information Center in Washington, D.C. — elaborated on why she wrote her Newsweek opinion piece.

And more broadly, she discussed the need for faithful U.S. Catholics to respond to the challenges posed by prominent Catholic politicians, such as Biden and House Speaker Nancy Pelosi, who break publicly from foundational moral teachings of the Church, stressing that “souls are on line” in this national discussion.

You wrote a piece asking President Biden to speak to the March for Life. What prompted you to do this? Do you actually have any hope that he would do something like this?

The essay was prompted by President Biden’s inaugural address, specifically its rhetoric about unity. It seemed to me that the March [for Life] gave him an opportunity to prove this wasn’t just talk. Encouraging pro-lifers with a message there would have been statesmanlike. After all, he also promised in the speech to work on behalf of all Americans — not just those who voted for him.

Instead, within days of assuming office, the president issued a series of executive orders that could not have been more divisive, or more menacing to the unborn. Many of his first actions in office have been thoroughly subversive of Christian anthropology. They signal to fellow Catholics that a bad dream has come true: The holder of the highest office in the land dangles rosary beads as he signs death warrants for the innocent, flouts bedrock Christian belief, and encourages the secularist mob against believers.

It is time for a closer look at the president’s excuse for this cognitive dissonance — the so-called “personally opposed” stance toward abortion. This is not only Joe Biden’s position, but also Nancy Pelosi’s, and that of others in public life. In 1984, Mario Cuomo tried to articulate this moral solecism in a speech at Notre Dame. In every case since then, “personally opposed” has been interpreted the same way: to mean that such figures will not lift a finger in public to protect life. The emphasis has been on the “personal.”

But that is only one way of viewing the formulation. The other is to focus on the “opposed” part — and to call on people in public life to act on it. That’s what I was doing in the Newsweek piece. Even Mario Cuomo emphasized that he believed in the sanctity of life and that he thought everyone else should, too — Catholic or not.

It’s past time to ask Catholic leaders marching in Cuomo’s ideological shoes to prove that they mean what they say about opposition. If politicians are indeed “personally” pro-life, then they should stand with the pro-lifers in solidarity, whatever their political differences. They should make a point of doing other things pro-lifers do: supporting emergency pregnancy centers, making Catholic adoption easier, fighting secularist efforts to increase euthanasia.

Instead, the policies of the “personally opposed” work against every one of these vital charitable undertakings — and others.

Fellow Catholics can’t stand idly by in the face of such traducing. This isn’t about forgoing meat on Fridays. It’s about whether the Church stands for anything at all.

In the piece, you acknowledged Biden’s support for policies advancing abortion access, but said addressing the March for Life and affirming his personal pro-life beliefs would be a boon, in part because it might help to avoid scandal regarding Catholic teaching on abortion. In some sense, though, wouldn’t having a politician who divides his private life from his public life in such an errant way be something of a source of scandal itself?

Of course. There are multiple scandals ensuing from leaders who do just that. Such has been true for a long time.

Nancy Pelosi, for example, once said that pro-lifers “should love contraception.” It’s hard to think of a more blatant misrepresentation of Church teaching than that. President Biden has just signed on to enforcing “gender options” on government identification. He is using the power of the state in one area after another to contradict the idea that “male and female He created them.” The question next becomes, what won’t such leaders defy about the faith?

The new administration’s extremism means that non-dissenting Catholics are under more of an obligation than ever to bear witness, even as the social and other costs rise.

In what other ways do you think pro-life people can fruitfully engage with the Biden administration?

Speaker Pelosi and President Biden speak often of the importance of their own families. They should consider promoting policies that would make it easier to have children and reward marriage. And though they are diametrically opposed to the pro-life movement, it’s to be hoped that they will not become the same intransigent obstacles to helping the poor, the immigrants, the old, the addicted, those plagued by violence, and others on whose behalf the Church labors perpetually.

The trouble is that so long as this administration defies the most fundamental teachings of the faith, their fellow Catholics should be reluctant to join ranks and associate with them. The risk of cooperation in evil is that tangible. We’re not talking about human shortcomings here, but about the purposeful countermanding of the Catechism. And that’s to say nothing of the problems that an unbridled secularist left is now teeing up with the aid of the White House. Thanks to this administration’s closest allies, the religious-liberty battles to come will be formidable.

The faithful need to step up: in the pulpits, in school districts, in prayer life, in churches, and in the public square. Especially during the pandemic, we’ve been sidelined with unprecedented distractions. We need to put aside childish things. Now isn’t the time for internet rabbit holes. It’s the time for walking into Ephesus and talking truth.

The president has previously played a role as liaison between the bishops and Democratic administrations. Do you think he considers the guidance of Church leaders? The recent approaches of Archbishop José Gomez and Cardinal Blase Cupich, for instance, have perhaps characterized two different ways of engaging with the president. Which do you think is more effective? Relatedly, Pope Francis did not hesitate to make loosely veiled critiques of policies of President Donald Trump he disagreed with. Do you think a similar intervention regarding President Biden and his administration’s abortion agenda would be appropriate?

If we believe our Catholic faith, then the divides over abortion and related issues of Christian anthropology aren’t just about politics. They are not mere exercises in Philosophy 101. There are souls on the line.

These include the souls of Joe Biden, Nancy Pelosi and every other leader who simultaneously invokes the Catholic label even as they spurn what it stands for. Meanwhile, their extraordinary public platforms raise the risks of misleading other Catholics and potential converts, all around the world. Those other people, too, have souls — and they, too, are jeopardized by false representations of the faith.

The ultimate test is this: Which pastoral approach makes the salvation of those souls more likely? The one that tells Catholic leaders their departures from foundational Church teaching are inconsequential, a matter of indifference? Or one that clarifies those teachings, including in public — thus applying the pressure that could lead to penitence, redemption and conversion?

For believers in the Catechism, those questions answer themselves. 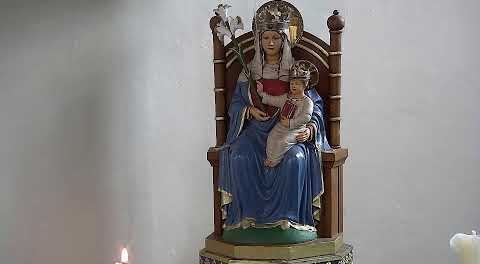 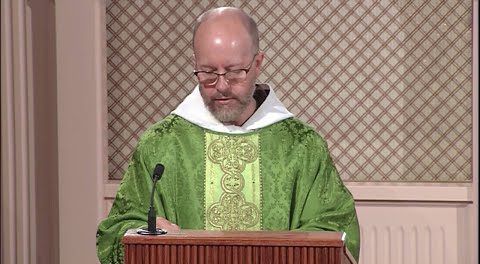 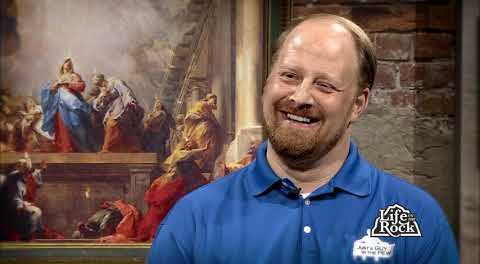 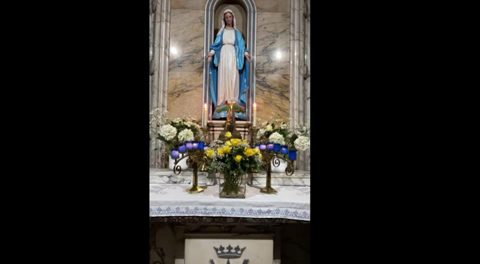