Revisiting C.S. Lewis’ Thesis About the Destruction of Humanity 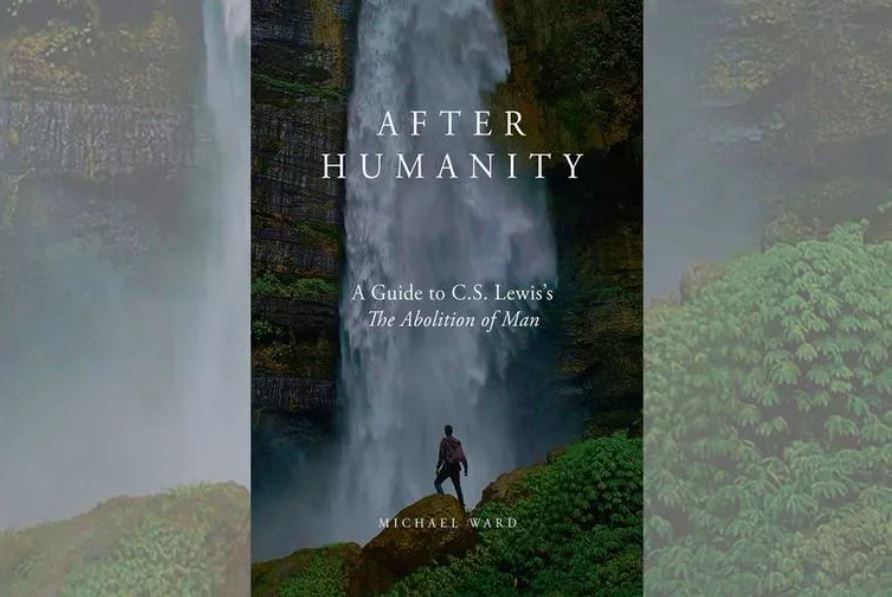 Revisiting C.S. Lewis’ Thesis About the Destruction of Humanity

Acclaimed Irish author C.S. Lewis (1898-1963) is known for his clarity. Whether he’s writing fiction (The Chronicles of Narnia, his “space trilogy”) or non-fiction (Mere Christianity, The Problem of Pain, his numerous essays on disparate subjects), Lewis’ imaginative imagery and turn of phrase deliver complicated theology and philosophy to lay readers in language we can understand.

Nevertheless, The Abolition of Man, his 1943 book of philosophical anthropology, has the deserved reputation of being difficult, especially for today’s readers who may be unfamiliar with the many literary and cultural allusions it contains.

Lewis scholar Michael Ward has come to the rescue: His new book, After Humanity (Word on Fire Academic, 2021), is what we’ve been waiting for. It’s basically an annotated, almost-word-by-word explication of the book Lewis himself counted as a favorite of his own works.

I attended the June 17 “virtual book launch,” which was hosted by the Marion E. Wade Center at Wheaton College in Illinois. Ward gave a presentation about his book, and afterward took questions from the online audience. The recording of this event is available on the Wade Center’s website.

Ward exploded onto the Lewisian stage 13 years ago with his 2008 book Planet Narnia (Oxford University Press) and the companion BBC documentary, The Narnia Code. If you haven’t heard of these, I won’t spoil it for you, but if you’ve ever wondered why Lewis only wrote seven books in his Chronicles of Narnia series, Ward convincingly presents the case that a sevenfold unifying theme does indeed weave all the books together.

With After Humanity, Ward’s intention is to render Lewis’ argument comprehensible to today’s readers by explaining “what Lewis said, why he said it, and how he said it.”

Explaining what C.S. Lewis said about anything is usually not necessary. But Abolition delves into philosophy, literary criticism and anthropology in a manner Ward describes as “uncharacteristically obscure” — hence the necessity for Ward to produce this guidebook.

As an aside, for readers who prefer to “warm up” with something a bit easier from Lewis, Ward notes that the first four chapters of Mere Christianityare a “popular” and “more accessible” version of the material and argument in Abolition.

Is Value Objective or Subjective?

And what exactly is the argument Lewis puts forward in Abolition?

It’s Lewis’ answer to the question, “Is value objective or not?”

Ward explains: “When we say that things are right or wrong, are we merely recording some sort of personal, subjective preference, some private whim, or some mere opinion? Or are we recognizing some kind of reality in the world outside us which could not have been otherwise and which all reasonable people will acknowledge?”

Abolition argues “No” to the first question and a resounding “Yes” to the second.

And to illustrate his point — this is the how — Lewis engages in a thought exercise called reductio ad absurdum. “If you did believe,” says Ward, “sincerely, that value was subjective — that is, made up entirely out of your own arbitrary whims and preferences — where would that take you?”

Lewis’ thesis is that it takes you to the destruction of humanity: the literal abolition of man.

Here’s where Abolition’s philosophical anthropology comes in. According to Lewis, human beings have three parts:

Dangerous trends in philosophy, pedagogy, culture, morality and even politics and manners are having the effect of ripping human beings apart — cutting away the “chest.” And without the mitigating effect of the “chest,” that is, the ethical recognition of an objective value system and emotions trained “to feel pleasure, liking, disgust, and hatred at those things which really are pleasant, likeable, disgusting and hateful,” we become pure “head,” (objectivists, disciples of Ayn Rand, with a utilitarian, dehumanizing view of other people), or pure “belly,” (subjectivists and sensualists, whose “god is their stomach”). In Ward’s terminology, mankind is in danger of either “evaporating” into pure intellect and spirit or devolving to a state in which our animal nature is totally dominant.

Also, note well that a being of pure spirit that is not God is either an angel or a demon. And as we know, “men are not angels.” The man of pure spirit, rationality and intellect is no more than a highly intelligent fiend. Conversely, the man of pure appetite, instinct and sensation is what Lewis calls a “trousered ape.”

However, it seems to me that our more likely fate is a demonic mixture of the “head” and the “belly” — dispassionate intellect and reason thrown together with untrammeled animal appetites, like clothes tumbling in a dryer, devoid of the healthy integration and restraint necessary for us to be truly human and for our society to be truly civil.

Is that our future?

Or are we already there?

Chileans to pray ‘Rosary of Hope’...