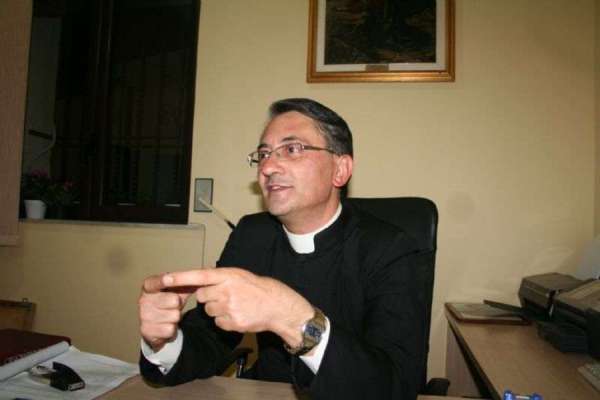 “To render justice is a fulfillment of oneself, it is a prayer, it is a dedication of oneself to God,” Livatino said in a lecture on faith and law on the southern Italian island of Sicily in 1986.

Livatino, whose first name means “rosary” in Italian, worked as a prosecutor in Agrigento dealing with the criminal activity of the mafia in the 1980s. He was murdered on his commute to work on Sept. 21, 1990, when he was 37 years old and serving as a magistrate. He was recently declared a martyr by Pope Francis and is expected to be beatified in Sicily this year.

In an interview published Jan. 12, Fr. Giuseppe Livatino, postulator of the cause for Livatino’s beatification, said that the young Catholic judge provided a “credible witness” of coherence in his life of faith and his daily work.

“More than just ‘holy cards,’ Christians today urgently need credible witnesses. And that [is what] Rosario is,” his postulator said in an interview with ACI Stampa, CNA’s Italian-language news partner.

“Rosario knew well, thanks to his formative experience in Catholic Action, that the Christian is called to be ‘light of the world and salt of the earth,’ who must sanctify the world through one’s family and daily work,” Fr. Livatino said.

As postulator and cousin of the martyred judge, Fr. Livatino has spent years collecting testimonies, examining witnesses, and reading the judge’s personal writings to promote his cause for beatification and potentially canonization.

He said: “Among the testimonies collected, I was positively struck by the episode [recalled] by his former teacher, a priest, who asked him for a ‘small recommendation.’ Rosario felt deep respect and replied firmly: ‘When you offer confession, do you accept recommendations?’”

“Livatino drew directly from the experience of the saints, and in every dimension of his life he rejected any mediocrity … What he has to do, Rosario likes to do it right. He pursues that ‘perfection’ indicated by Jesus in the Gospel, to build the Kingdom of God.”

“Rosario had drawn his profound wisdom from the Gospel and the Magisterium of the Church. He knows and lives the Gospel, knows and applies the reflections of the [Second Vatican] Council Fathers on the role of the lay faithful in today’s world,” he said.

While promoting Livatino’s cause, his cousin has received thousands of emails from all over Italy, other European countries, Latin America, and the Philippines.

“Many asked for the text of the prayer to ask for the glorification on earth of the Servant of God. Many others asked for information on his life,” he said. “But all showed great interest in this splendid figure of ‘credible witness.’ Many said that they had received spiritual graces through Rosario’s intercession.”

“This man, unknown to most when he was alive, has spoken and continues to speak effectively since Sept. 21, 1990.”