MORE FROM EWTN
FAITH & RESOURCES
Welcome to EWTN GB - Global Catholic Television Network - Copyright ©
Trending News
HomeArticleScientist: ‘When We See the Shroud, We Are Really Seeing the Face of Jesus’

Scientist: ‘When We See the Shroud, We Are Really Seeing the Face of Jesus’ 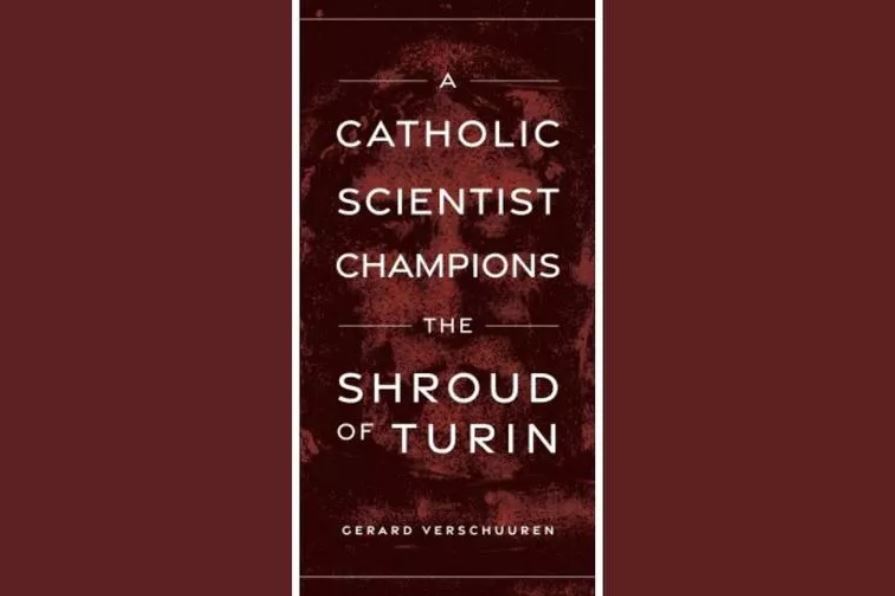 Scientist: ‘When We See the Shroud, We Are Really Seeing the Face of Jesus’

An interview with Gerard Verschuuren sheds light on the holy cloth via new book ‘A Catholic Scientist Champions the Shroud of Turin.’

Gerard Verschuuren is a Catholic biologist and philosopher who works at the junction of science and religion. His wide-ranging background includes genetics, biological anthropology and statistics, but he was also awarded a doctorate in the philosophy of science, and has taught everything from the philosophy of biology to human genetics to computer programming at universities in America and Europe. He now lives in New Hampshire and is using his retirement to write books about the faith and science, among them Aquinas and Modern Science, The Myth of an Anti-Science Church, In the Beginning: How God Made Earth Our Home and, most recently, A Catholic Scientist Champions the Shroud of Turin (Sophia Institute Press, 192 pages, $17.95). In this book, Verschuuren considers the evidence for and against the authenticity of the shroud from the twin perspective of science and faith. One of his reasons for reconsidering the evidence at this time was the availability of the raw data of the carbon-14 tests first reported in 1988. Withheld for decades by the British Museum, the raw data was only released in 2017, following a freedom-of-information request by French researcher Tristan Casabianca. Subsequent analysis of this data and comparison with the original report led Casabianca’s team to conclude that “homogeneity is lacking in the data and that the procedure should be reconsidered,” casting doubt in the results of the carbon-14 date. Register correspondent Thomas L. McDonald discussed these issues with Verschuuren.

What drew you to Shroud of Turin research?

I was always interested in the shroud. The big bummer came in 1988, when so-called scientists claimed that the shroud could not be older than the 1260s. I could not believe that because I knew that carbon dating has a number of pitfalls, and the group that was in favor of the shroud, most of them scientists, could not believe it either. They had so many indications that the thing was much older. So, finally, they sued the people who came up with that analysis and said, “You haven’t given us all the data. You’re hiding something.” And finally, 30 years later, they won that battle. The data were released, and that gave me the energy to start my research all over again to show that the carbon dating cannot be true. We have many other indications that the shroud is much older than they have claimed. So that’s where my journey began.

Why shouldn’t we trust the carbon dating?

There are many reasons, and I discuss them in the book, but I want to be brief here. One of the problems with the carbon dating is that the samples were taken from the worst spot on the shroud. I cannot completely blame the scientists for that because the Vatican is very careful with the shroud. It’s the document that they have, and that document cannot be damaged. That’s why they finally put it in a bulletproof case controlled for temperature and other things that could damage it. Another reason was that there was supposed to be testing by seven laboratories, and they ended up with only three of them, and that makes it already more difficult to claim they have scientific information because scientific information has to be reproducible.

It was taken from the side strip, which is the place that was handled in the past to show the shroud. We have drawings and pictures showing bishops and priests holding the shroud horizontally from the top. So that strip has a lot of contamination from their fingers and bacteria, and all of those influence the reading of your carbon dating. And besides, we have so much very convincing evidence that the shroud is much older. We have historical records that the shroud was only moved to Turin in 1578. Before that, it was in France. We also know that the shroud was in Constantinople in 1204, which is already before the dating of the carbon tests. We have records that it came to Constantinople from Edessa, so we know that it was already there in 544. So we get farther and farther away from this carbon dating.

It’s my conviction that it came from Jerusalem. How do we know that? Because there is also pollen analysis. We have found pollens on the shroud that are not only from France, where it was for many centuries, but pollens from Jerusalem. So I consider that a very strong indication that the shroud is much older than the carbon-dating test could ever tell us.

If you’re trying to make the case for authenticity to a skeptic, what would you mention first? Is there one piece of information that you find powerfully conclusive?

I would point to the textile analysis. I know skeptics are going to doubt all of that too, because that’s their attitude, but the material that the shroud was made of is very high-quality linen. We know from the Gospels that Joseph of Aramithea was a rich man and bought the linens that Jesus was laid in. It is woven in a pattern that we only find in old linens. We don’t find them after the first century. A textile analyst from Switzerland analyzed the way it was woven and concluded it was very particular for Jewish linens. She only found that same pattern in linens from Masada, a settlement that was used at the time of the Roman occupation. So it’s very telling that Masada linens have the same pattern. The linens were also studied by chemists, who looked for the presence of vanillin, which is also found in flax used for that kind of linen. That vanillin will decay and break down over time, and they found hardly any vanillin left, [but they did find vanillin in the fabric,] which means it’s much, much older than carbon texts suggests.

Is there anything about the evidence that troubled you?

The DNA found on the shroud is very defragmented. That means when you study the DNA, it’s unreliable, but a lot of people think they can do much more with DNA analysis, that we can say this is really from Jesus. I don’t think we can ever say that because we have nothing to compare it to. He had no brothers or sisters, so when people say we can prove it’s Jesus by comparison of DNA, I ask, “Compare it with whom?” What we do know is that the DNA they could analyze was partially of a gene found on the Y-chromosome, so it means he was a man. So what? We knew that. So I don’t put much confidence in the DNA research, but I go into it in my book. We know the blood type is AB. So what does that tell us about the shroud’s authenticity? Nothing, other than to satisfy our curiosity.

I maintain, after all I have studied, that it is the Shroud of Jesus. It is not just an icon: It is a relic. It would be an icon if it was painted. I give many reasons — more than 10 in my book — why it cannot be a painted picture. If it’s not a painting, then it’s from a real person. I consider it a real relic. So when we see the shroud, we are really seeing the face of Jesus, the body of Jesus, with all the torture he went through, all the blood spots we find on that shroud.

Why does the Shroud of Turin matter?

It wouldn’t change my faith if it were not real. Does it really matter? In a way, it does, because it’s the only remnant we have Jesus. We don’t have a grave. We were not there to see what he looked like. And the shroud comes closest to showing us what he looked like, and for many people that is important when they pray. They may want a picture of the face in the shroud in front of them, because we are praying to a real person, who came as a human being, who suffered for us. And we see all that suffering in the shroud. If we didn’t have that shroud, would it mean he didn’t suffer? Of course he did! But as human beings we always like concrete things, so that’s why I think it’s important that it’s real. I must say that the last three popes have always been very careful, and I think their fear was those demolishing carbon datings. John Paul II was a very cautious man, and he learned from the Galileo case that the Church must always be very careful. Is our faith dependent upon the shroud? No, but it would be very nice if we can go by it, and I think we can.