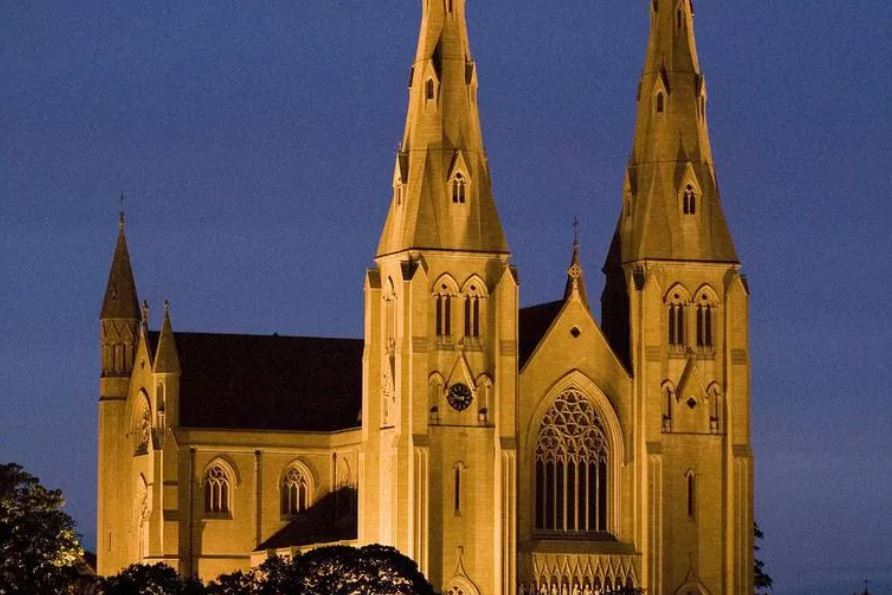 Public Masses have remained suspended in Ireland since the end of 2020, despite restrictions being lifted in neighboring countries.

GLASGOW — The president of the Bishops’ Conference of Scotland on Wednesday deplored the Irish government’s “disturbing” public worship ban.

In an April 28 statement on behalf of the Scottish bishops, Bishop Hugh Gilbert criticized new regulations on public worship, approved April 12, which effectively criminalize Mass with a congregation in Ireland.

The statement marked a rare intervention by a bishops’ conference on matters in a neighboring country.

Bishop Gilbert of Aberdeen, said: “Recent developments that penalize the celebration of Holy Mass have been disturbing not only to the Irish bishops’ conference but also to the bishops of Scotland.”

“We all recognize the need for restrictions to protect the common good of all people in a pandemic but to enact legislation that criminalizes those who gather to celebrate Holy Mass is indeed extreme and unjust.” The new regulations, contained in a document known as statutory instrument 171 of 2021, forbid most large gatherings, with a narrow list of exceptions, including for priests celebrating Mass via live stream, as well as wedding receptions and funerals.

A statutory instrument is a form of secondary legislation allowing government ministers to legislate on day-to-day matters. After the Church became aware of the regulations, days after they were approved, Archbishop Eamon Martin requested an urgent meeting with Ireland’s health minister.

Archbishop Martin, the archbishop of Armagh and Primate of All Ireland, expressed his objections to the statutory instrument when he met with Stephen Donnelly on April 19.

A statement from the Irish Catholic Bishops’ Conference said: “Archbishop Eamon Martin explained the deep concerns already expressed with regard to the criminalizing of leading, and gathering for, public worship at this time in Ireland despite the consistent support from the Churches for public health messaging since the beginning of the pandemic.”

The bishops’ conference added that the Church would continue to seek “clarification and legal advice regarding the extent and implications of the statutory instrument.” Public Masses have remained suspended in Ireland since the end of 2020, despite restrictions being lifted in neighboring countries.

A landmark legal ruling led to the resumption of public Masses in Scotland in March. Public worship resumed in Northern Ireland on Good Friday, April 2. Public Masses have continued in England throughout a stringent lockdown that began on Jan. 4.

In his message of support to Irish Catholics, Bishop Gilbert noted that this year the Church in Scotland is celebrating the 1,500th anniversary of the birth of St. Columba, “who brought the faith from Ireland to Scotland in the sixth century.”

He said: “May the strong bonds between the Catholic Church in Ireland and Scotland established by St. Patrick, St. Columba, the Celtic saints and the faith of our forebears reassure our brothers and sisters in Ireland that they are not alone and are always in our prayers.”

Did You Know That Edgar Allan Poe...

How churches can respond to the CO...