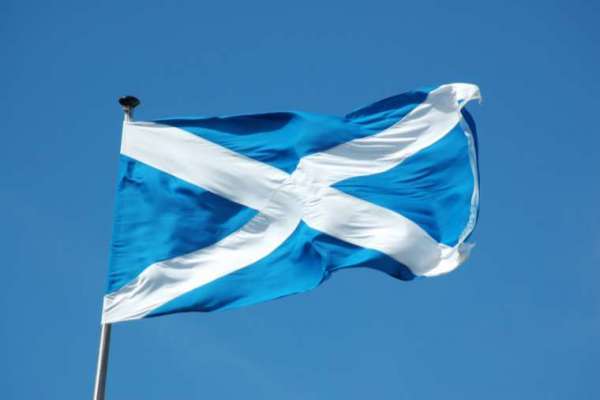 CNA Staff, Feb 15, 2021 / 03:52 pm (CNA).- The Catholic bishops of Scotland, along with several other Christian groups, are speaking out against a proposed “hate crimes” law in the country that they say could interfere with the free exercise of religion.

“As Christians, we do not always agree with one another and know that many do not necessarily share or even understand our beliefs, but we are utterly committed to the free and open exchange of ideas in society,” the coalition wrote a Feb. 12 letter to Justice Secretary Humza Yousaf.

“We believe that people should be completely free to disagree with our faith in any way, including mocking and ridiculing us. We are convinced that our faith is true and has a sufficient evidential basis to withstand any criticism, we therefore welcome open debate.”

The Catholic bishops’ conference, represented by Anthony Horan, director of the Catholic Parliamentary Office, joined with representatives of the Free Church of Scotland and the Evangelical Alliance Scotland to draft the letter.

The Scottish government introduced the Hate Crime and Public Order (Scotland) Bill during April 2020 in response to a 2017 independent review of hate crime laws led by Alastair Campbell, Lord Bracadale, a retired judge. The government argues the bill modernizes, consolidates, and extends existing hate crime legislation. It also abolishes the offense of blasphemy.

The proposed legislation creates a new crime of stirring up hatred against any of the protected groups covered by the bill, which include race, religion, sexual orientation, and transgender identity.

In their Feb. 12 letter, the coalition expressed their support for amendments to the bill “which clarify that, in relation to religious belief, mere expressions of antipathy, dislike, ridicule and insult are not, on their own, criminal behaviour together with the fact that this is extended to those of no belief as well.”

They also raised concern that “any disagreement with or criticism of Transgender identity could fall foul of the new law, if passed in its current form.”

Yousaf had introduced an amendment to the bill to protect some behavior or material discussing or criticizing transgender identity, but on Feb. 1 chose to no longer support the amendment.

“We believe provision must therefore be made in the bill for discussion and criticism of views on transgender identity without fear of criminal sanctions. A right to claim that binary sex does not exist or is fluid must be matched with a right to disagree with that opinion; and protection from prosecution for holding it,” the coalition said.

Catholics in Scotland have been commenting publicly on the bill since its introduction. In the original 12-week consultation period after the bill’s introduction, members of the public made nearly 2,000 submissions to the Scottish Parliament.

In a statement issued July 29, 2020, the Catholic bishops of Scotland argued that the bill could lead to censorship of Catholic teaching.

The Scottish bishops stated that the bill “creates an offense of possessing inflammatory material which, if taken with the low threshold contained therein, could render material such as the Bible, the Catechism of the Catholic Church and other texts such as Bishops’ Conference of Scotland submissions to government consultations, as being inflammatory under the new provision.”

Yousaf has since agreed to remove the provision criminalizing the possession of “inflammatory material,” which critics had warned could even have criminalized bookstores or libraries containing books deemed “inflammatory.”

The bishops also noted that pronouncements of Catholic teaching on sex and gender “might be perceived by others as an abuse of their own, personal worldview and likely to stir up hatred.”

”The Parliament now has approximately four weeks to complete the passage of the bill. This is extraordinarily tight and risks inadequate and ill-thought through legislation being passed,” the coalition noted.

“No workable solutions to issues of freedom of expression have so far been suggested. If no such solutions can be found we hope the Scottish Government will now consider withdrawing the stirring up hatred offences in Part 2 of the bill to allow more detailed consideration and discussion and to ensure freedom of expression provisions, which enshrine free and open debate, are afforded the scrutiny they require.”

Scotland has experienced significant sectarian division since the Scottish Reformation of the 16th century, which led to the formation of the Church of Scotland, an ecclesial community in the Calvinist and Presbyterian tradition which is the country’s largest religious community.

Sectarianism and crimes motivated by anti-Catholicism have been on the rise in Scotland in recent years, and Catholics in Scotland are increasingly concerned that the government could consider their faith “hate speech,” according to local reports.

Our Lady of Fatima pilgrim statue...