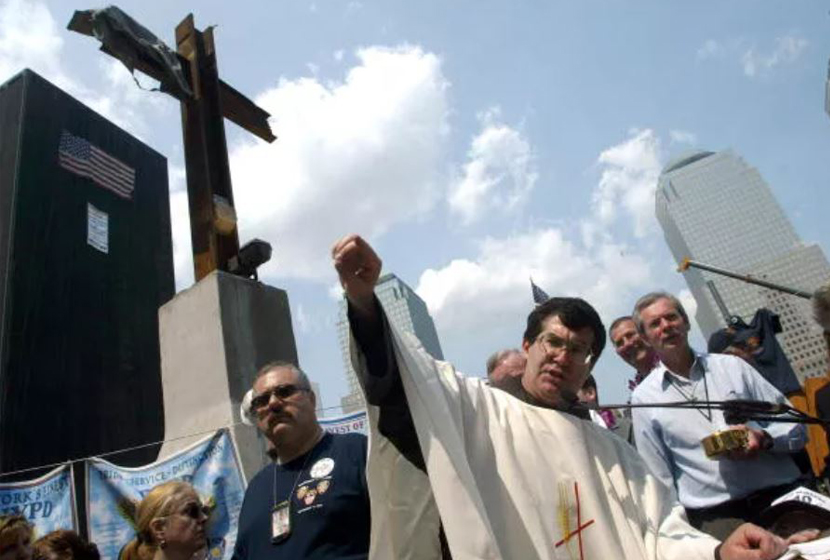 COMMENTARY: Prayers will be offered on the 20th anniversary of 9/11. But fewer will be praying than previously, as there are fewer people who pray at all.

Did 9/11 contribute to growing secularization in some parts of the world? Does the rise of the “nones” — those who claim no religious belief — among millennials have anything to do with their coming of age at the time of the attacks?

Secularization — at least in North America and Europe — has been a long-term trend, with many contributing factors. It is likely that, 500 years from now, the biggest contributors to secularization will be identified as the two world wars. If Europe’s Christian faith was not sufficient to prevent depravity and destruction on such a scale, what then was it good for?

Yet for our specific passage through history we might take account of those events, on a smaller scale, which had a significant impact. Sept. 11, 2001, was one of them.

The caveats were all made then and remain valid today, namely that a corruption or perversion of religion does not discredit religion as a whole any more than counterfeit money means that legal tender loses its value. But if counterfeit bills are a big enough problem, or at least are perceived to be, it does jaundice how people think about the real thing. Just ask any convenience store owner who refuses to accept larger banknotes.

So, too, it was with September 11. For the devout Christian, the perversion of Islam that produced the attacks of 9/11 is not a theological problem, let alone a crisis of faith. It belongs to that vale of tears in which even the devout can be guilty.

For anyone who reads the holy Scriptures, that the devout can be corrupted is not news, no matter how painful it might be to witness, or to suffer.

It might, though, be jarring, even destabilizing, for someone whose religious faith is marginal, just a fading part of his heritage, like the fact that his grandparents emigrated from Dublin or Warsaw or Milan. Combine that with the tendency of such people to think that all religions are the same, different expressions of the same humanist principles of fairness and compassion.

The immediate response of most leaders to 9/11 made that argument, more or less, in the well-intentioned desire not to blame all Muslims for the actions of jihadist extremists. Their comments at the time, namely that 9/11 had nothing to do with Islam, unwittingly made the argument that Islam was no different, really, from Christianity or other religions.

A person who rarely goes to a house of worship has little personal contact with actual believers in his own community. What, then, is his encounter with religion? For him, the “face of religion” revealed on 9/11 might be what he considers the “real” face of religion.

One well-known Catholic commentator even adopted the term “Taliban Catholicism” to describe those of a more assertive, conservative bent.  It was meant partially in jest, but manifested the mindset that every religion has its extremists, and that perhaps there was something in all religions that promotes violence. Hence a pox on all their houses of worship.

September 11 alone does not explain growing secularism over the past 20 years. Already at the time the discussions about the draft of the European Union constitution took a markedly secular approach, excising from the historical record the very Christian faith that created the idea of Europe.

Perhaps a better example might be the arc of religious liberty jurisprudence and legislation in the United States.

In 1990, Justice Antonin Scalia made an uncharacteristic misstep in an otherwise sterling judicial career. Writing for a 6-3 majority in Employment Division v. Smith, Scalia rejected the constitutional religious liberty claims of Native Americans related to the use of peyote, then banned by an Oregon statute.

The political reaction was negative and near-universal. Religious liberty was thought essential to permitting religion — including minority religious practices — to make its contribution to the common good. That religion in fact made such a positive contribution was not controversial.

Congress acted quickly to undo what Scalia had done in Smith. The Religious Freedom Restoration Act (RFRA) was introduced by then-Rep. Chuck Schumer of New York and Massachusetts Sen. Ted Kennedy. It passed unanimously in the House and sailed through the Senate with only three negative votes. President Bill Clinton signed it into law in 1993.

Today it is not clear that that RFRA could get through Congress. Now-Sen. Schumer himself might vote against it. It could well face a veto from President Joe Biden who, as part of the Obama administration, promulgated policies that were struck down by the courts on RFRA grounds.

Might 9/11 have had something to do with the erosion of confidence in religion as contributing to the common good? It seems likely.

Other factors were likely more influential. The scandal of clergy sexual abuse was another significant contributor,  and the importance of the same-sex civil marriage debate cannot be overstated. By 2013, the Supreme Court would rule, as a matter of constitutional jurisprudence, that any and all opposition to same-sex civil marriage could only proceed from prejudicial animus. Religion and religious liberty, from that point of view, was a threat to the common good, not a contributor.

It is noteworthy that confidence in religion’s positive role has been eroded by the agenda of the progressive left (same-sex marriage) and by those who would denounce it root-and-branch (jihadi terrorists).

Prayers will be offered on the 20th anniversary of 9/11. But fewer will be praying than previously, as there are fewer people who pray at all. That’s part of the tragic legacy of September 11.