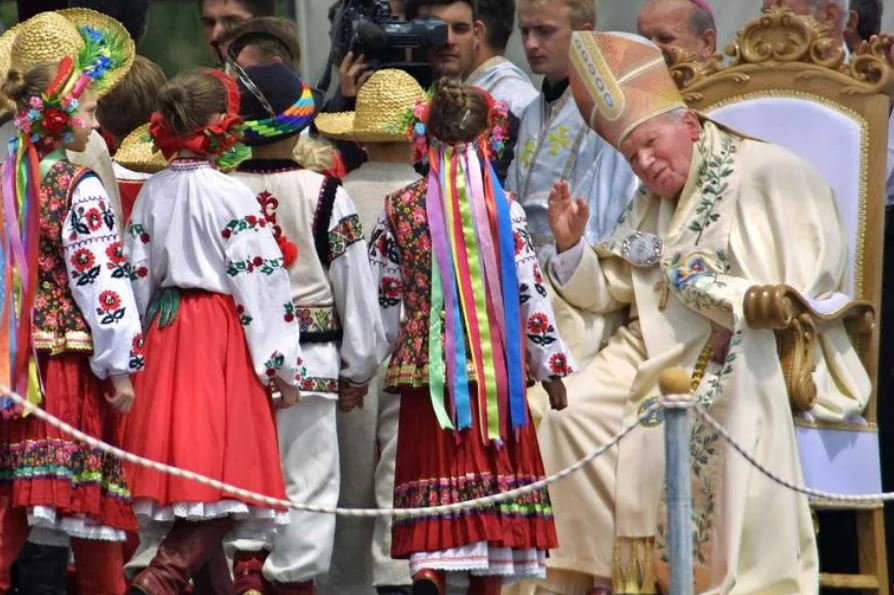 COMMENTARY: Once again, the people of Ukraine turn to the faith for their salvation against the enemy at the gate — and once again, a pope is not standing by in silence.

On Dec. 23, 1945, Pope Pius XII issued the encyclical Orientales Omnes Ecclesias, a statement addressed to the Church of the Ruthenians (the Slavic people of Central and Eastern Europe) and Ukrainian Catholics, whom the atheistic Soviet communists reviled. The Ukrainians were persecuted by Stalin and the Kremlin. It was a long torment that hit rock bottom in the 1930s with what became known as Holodomor, the Soviet-orchestrated famine that sentenced 7-10 million Ukrainian men, women and children to death by starvation.

Pope Pius XII stated, “the clergy of the Ruthenian rite have complained in a letter to the civil government that in the Western Ukraine, as it is called today, their Church has been placed in an extremely difficult position; all its bishops and many of its priests have been arrested” (56).

Coming two days before Christmas, the Kremlin was furious with the Vatican, even as the encyclical was restrained in its language, never once uttering the word “communism.” Not one for restraint himself, Stalin responded by immediately arresting six Ukrainian bishops who were promptly framed as “Nazi collaborators” and murdered.

To Stalin’s great frustration, he and his goons could not storm the Vatican and arrest the Pope. They would have hanged him from the ceiling of St. Peter’s Basilica if they could. Instead, they would lynch the Pontiff in absentia with whatever defamatory means they had at their disposal. They launched a smear campaign to discredit the Pope on the global stage, referring to Pius XII as “Hitler’s Pope,” accusing him of having collaborated with the Nazis. Pushed and pushed until it was picked up by the liberal left in the 1960s and 1970s, the smear eventually stuck and has forever tainted the good name of a good pope.

After World War II, Stalin had ordered Ukrainian Catholics to merge with the Russian Orthodox Church, which was a serious blow to the freedom of millions of Ukrainian Catholics and one of his many direct challenges to Rome. When Pius XII resisted, Stalin doubled down, practically screaming from the rooftop of the Kremlin: “Hitler’s Pope!”

The sudden targeting and vilification of Pius XII by the Kremlin was so blatant that The New York Times took notice with a March 1, 1946, article explosively titled, “Pravda Alleges Pius-Hitler Pact.”

The Pravda writer quoted in the piece had declared, “It is irrefutably established that, during the grim war years when mankind fought the sinister forces of Hitlerism, Vatican policy was pro-Nazi. It remains pro-Nazi to this day.”

Though the communists couldn’t get their hands around the neck of the Pope, protected as he was in Vatican City, they did get their hands on the clergy and the folks in the pews, particularly in Ukraine.

The Ukraine was a special target of the Kremlin’s wrath. The list of those persecuted and martyred is long, with names unrecognizable and unpronounceable to Americans, but painful to the memories of Ukrainians: Cardinal Josyf Slipyj, Bishop Vasyl Velychkovsky, Father Severian Baranyk and Father Zynoviy Kovalyk.

For decades thereafter, Ukrainians fought for freedom from Russian dictators. They had few friends in the West, but those who helped have never been forgotten for their assistance.“

Few moves on the part of the Soviet government could do more to convince the world of its sincerity for reform,” urged President Ronald Reagan in November 1987, “than the legalization of the Ukrainian Catholic Church.”

Reagan’s words that day, which likely meant little to American ears, resonated with his friend at the Vatican. John Pope Paul II long lamented the mistreatment of Ukrainian Catholics, and longed to go there himself to make a difference.

“I commend to the divine protection the inhabitants of this city and of the entire Ukraine,” he said in his Angelus message from the Kyiv airport on June 24. “May they hand on to the generations of the new millennium in an integral and enriched way the treasure of the faith that they have preserved for centuries — often at the cost of renunciation and sacrifice even to the point of shedding their blood.”

Yes, the shedding of their blood. Ukrainians knew it all too well.

In his homily that day, John Paul II invoked the example of the martyred John the Baptist:

People of God, you who believe, hope and love in the land of Ukraine, joyfully savor once more the gift of the Gospel which you received over a thousand years ago! Look today to John the Baptist, an enduring model of fidelity to God and his Law. John prepared the way for Christ by the testimony of his word and his life. Imitate him with docile and trusting generosity. …

He is a model of uprightness and courage in defending the truth, for which he was prepared to pay in his person, even to the point of imprisonment and death.

Land of Ukraine, drenched with the blood of martyrs, thank you for the example of fidelity to the Gospel which you have given to Christians the world over! So many of your sons and daughters walked in complete fidelity to Christ; many of them remained constant even to the supreme sacrifice. May their witness serve as an example and a stimulus for the Christians of the third millennium.

He pleaded with them to learn from “the school of Christ, in the footsteps of St. John the Baptist and of the saints and martyrs of this land.” This suffering land drenched with the blood of martyrs had much left to suffer and give, including into the 21st century. At the end of his four-day visit, Pope John Paul II beatified Bishop Velychkovsky, Fathers Baranyk and Kovalyk, and 22 others. The Church marks the memorial of the Ukrainian Martyrs on June 27.

The only Slavic pope, who had seen his share of martyrs in Poland, did not forget the Ukrainian faithful once he boarded his plane back to Rome. Two months later, John Paull II shared another statement with Ukrainians, celebrating their independence. It was the 10-year anniversary of them pulling their necks out from under the jackboot of Moscow. ”

Recalling with pleasure my recent visit to your country,” he said, “I keep in my heart my meetings with the Ukrainian people, when I shared in their past sufferings and at the same time in their hopes for the future.”

The Slavic Pope was on the side of his people, imploring peace.

And now, in January 2022, the fight for peace continues. The people of Ukraine once again face a Russian wolf at the door. His name is Vladimir Putin, who in an April 2005 speech described the collapse of the Soviet Union as “the greatest geopolitical catastrophe” of the 20th century. No, he doesn’t want to reunite the entirety of the old USSR. He couldn’t care less about certain erstwhile Soviet republics that would be a mere burden to his wider country and wider ambitions. But Putin and pals would be more than happy biting off as big a chunk as possible from the largest territory in Europe outside of Russia itself.

And once again, the Bishop of Rome is not standing by in silence. Pope Francis called a national day of prayer for the fraught situation in Ukraine. Once again, the people of Ukraine turn to the faith for their salvation against the enemy at the gate.