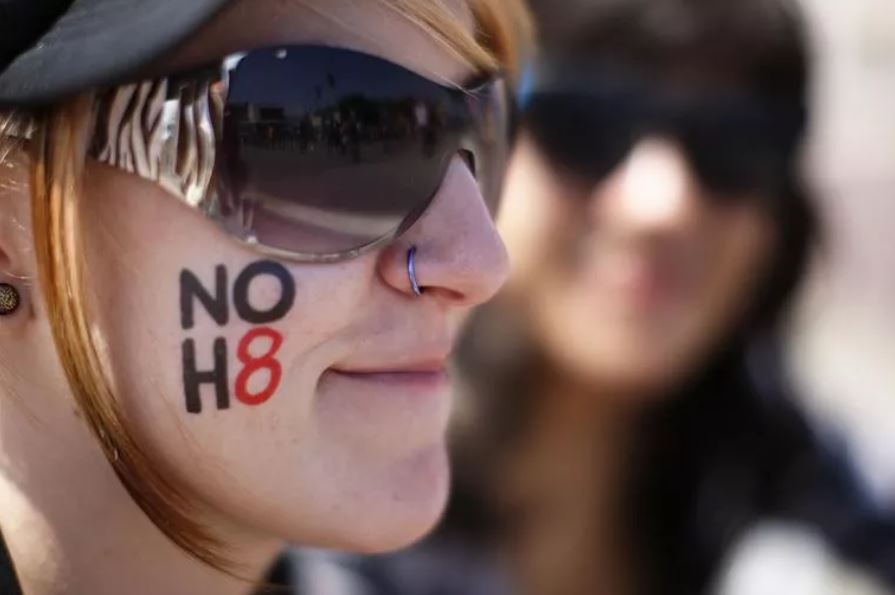 Q. I work at a public university as the director of a career center and I love my job. I recently created for my students a web portal with a section on 10 recommended professional competencies, among which is compassion. I have been asked to connect my compassion webpage to the university’s new “LGBT Pride Center” to get students to join/support it as an organization that is “compassionate.” As this is a public university, I fear I cannot fend off the requests much longer without repercussions for my job. I want to be compassionate with the LGBT population, as with all people. But I don’t want to wrongly validate their agenda. Would it be wrong for me to link my page in this way? — Kathy

A. You face an increasingly common dilemma. Defenders of Christian morals today are not only being asked to share their lives with people who reject their value system — they are being forced to become complicit in the new morality. It’s not enough to tolerate choices that you believe are wrongful. You now need to affirm them, advance them, go public with your support. If you fail to satisfy the new inquisition, you risk harsh reprisals. Toleration is not enough. Full-out endorsement is the agenda of the day.

The “LGBT Pride Center” at your university is not expressing true compassion when it promotes choices and lifestyles incompatible with what’s morally good. It’s advancing a worldview profoundly contrary to human flourishing — a worldview that hurts people, and is bad for your students.

That worldview rejects traditional marriage as the only proper context for genital sexual expression. And it rejects the normativity of sexual complementarity.

What Jews and Christians have identified for the last 4,000 years as an essential anthropological, and so moral, correlation between sex and sexuality — that is, between sexual complementarity (maleness and femaleness), and marriage and marital sexual acts — LGBT activists have concluded is a harmful social construct.

Thus, they are fighting to desconstruct it, to make it as difficult as possible to defend. They’ve even altered our language.

“Gay” no longer means cheerful and lighthearted, but refers rather to an “out-of-the-closet” adherent of the new morality. “Gender” no longer means biological sex, but whatever sexual identity I choose for myself. “Intolerant,” “hater” and “homophobe” refer to anyone brazen enough to defend Christian marriage.

Fight them, they say. Challenge them and shout them down in public. Label them as heretics. Scour them from the public sphere (which includes public universities). Indeed, make them doubt they are doing something good when they defend Christian marriage. Get inside their heads: When they think the thought that homosexual sex is unnatural and bad, make them feel guilty. Make them feel they are being insensitive and non-compassionate, bigoted and hateful. And promote it all under the umbrella of “diversity.”

Just as the pride center is not expressing true compassion in advancing a worldview contrary to the teaching of Jesus and good morals, linking your webpage to that center would not be a witness to what is true and good. All Christians have an obligation to bear witness to the triumph of Jesus, alive and present in the world, and to cooperate with him in his redemptive plan for the salvation of every man and woman. Although such witness need not always entail overt religious speech, it always entails living a life of Christian integrity, of being transparent and perspicuous ambassadors of kingdom values.

Linking your website will not express the kind of compassion that you rightly believe should be expressed toward persons with same-sex attraction. It will be an endorsement of the pride center’s worldview. Though in doing so, you need not be intending anyone to accept and live that worldview, nevertheless, linking your sites would still be morally wrong if it led people to cooperate more fully in the lifestyle, for this would be unfair.

Students will go from your website to the pride center, and back to you. The link will act as a referral, and since you run the office, you will be presumed to be the authority doing the referring. It is likely that some students who go to your website will see the link and find encouragement to join the center, and doing so, will involve themselves more deeply in the LGBT lifestyle. This is tempting others to sin, which is called scandal.

The cooperation of good people can make wrongdoing seem more acceptable, provide material for rationalization and self-deception, tempt the weak, and confuse the doubtful or ignorant.

Moreover, by cooperating with the pride center in this way, you may be expected later to engage in fuller acts of cooperation, not only to link sites, but to hold joint seminars or to orally refer students. This would involve you in relations of trust, interdependence and obligation with wrongdoing in such a way that would make the avoidance of future evils difficult.

It would also be wrong if it led to the eroding of your own inhibitions against sexual sin. Doing it once, you might find it easier to do it a second time, or to cooperate in fuller and more obviously inappropriate ways. You may become psychologically coarsened toward the goods and persons harmed by the LGBT lifestyle.

You will also be imparting legitimacy to evildoing. The cooperation of good people always makes evildoing look better. Your cooperation will make the center’s aims look more benign and positive.

Finally, linking sites does not seem compatible with bearing witness to the Gospel as all Christians are obliged. How can you witness to faithful Christian marriage, purity of life and chaste behavior — and, more importantly, to the One who teaches these things, the One who is good — by advancing the aims of the LGBT Pride Center?

You therefore should decline to link the webpages. You might reply to your superior by saying you are not in the habit of linking the website’s contents to university clubs and organizations, and you don’t want to single out one to the exclusion of others.

If your superior insists, then you will need to speak more forthrightly: I am a Christian, and in conscience I cannot link my webpage to an organization whose aims I do not believe are good for students.

If your boss takes the webpage project away from you and gives it to someone else, and that person links the webpages, you would be under no obligation to intervene unless you believed that intervening could prevent students from sin. I expect, however, that it would only get you fired.

Hopefully your boss will respect diversity and not force you to do something contrary to your conscience. But if not, then you may be forced to find another job, preferably at an institution that supports the Church’s teaching on marriage and sexuality.

I recommend, therefore, that you begin inquiry into whether there are feasible and morally acceptable alternative jobs available to you that would not entail some or all the bad side-effects threatened by your present employment.

Finally, I agree that Christians are called to compassion. But what is compassion? It is not merely niceness, and it certainly doesn’t mean facilitating behavior and lifestyles inimical to people’s wellbeing.

Jesus shows us what compassion is: Suffering with and for others for the sake of the forgiveness of their sins and the redemption of their immortal souls.

Pope Francis to Speak at President...

Did Jesus Manifest Himself at East... 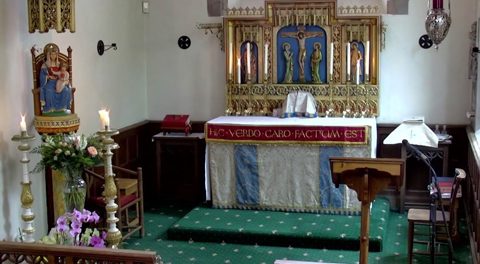 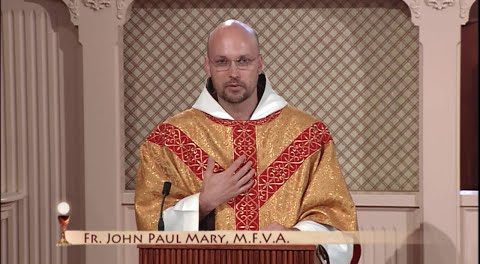