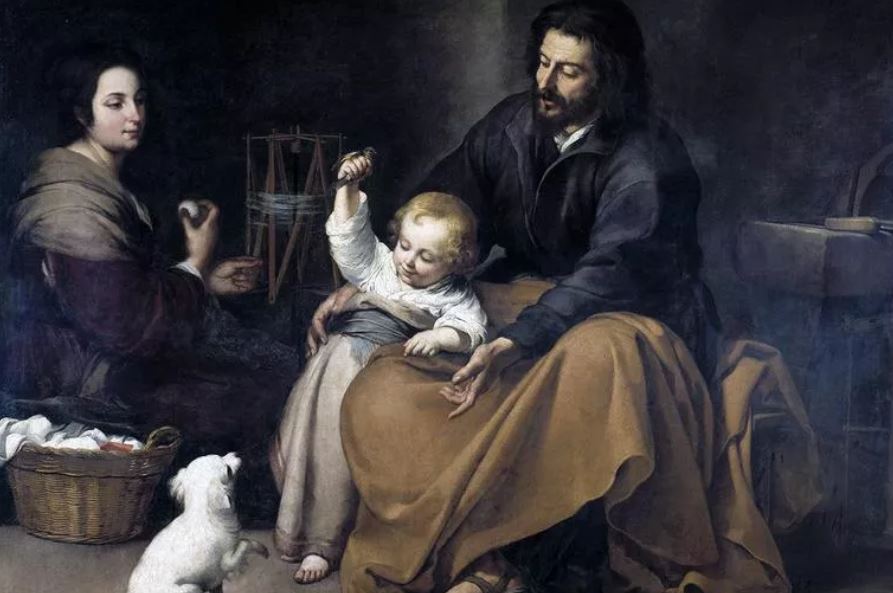 Unless we correct these grave errors about marriage, there aren’t going to be as many Christian families to celebrate “National Marriage Week” in the coming years.

This week (Feb. 7-14) is “National Marriage Week” and Feb. 14 “National Marriage Day” (which coincides with St. Valentine’s Day). The USCCB Secretariat on Laity, Marriage, Family Life, and Youth even has a web page with some resources.

“National Marriage Week” happens to follow the release Feb. 3 of a short research piece by the Institute for Family Studies, “5.8 Million Fewer Babies: America’s Lost Decade in Fertility.” Its author, Lyman Stone, reports some disturbing numbers. He took the birth rate as it existed in 2008 (which had already been going down for some decades) and extrapolated it over the following 10 years. Next, he looked at the actual birth tallies for the period 2009-19. The result: there were almost 6 million fewer babies born in that period than actually should have been had the 2008 rate persisted.

Let me underscore several critical facts. First, Stone took 2008 as his baseline. That, in itself, was no high bar: it represented already declining trends. Second, the 2009-19 baby bust was not confined to one or a few demographic cohorts. All groups studied — whites, Blacks, Hispanics, Asian Americans, and Native Americans — went down. Hispanics were among the groups most in decline: just under 50% of that 5.8 million birth dearth was attributable to Hispanics.

Stone does not spend much time studying possible explanations for the decline, although he notes its future real and potential consequences. They range from a reduced workforce and military recruitment to increasingly polarized politics in an aging society competing for pieces of a non-expanding pie. I leave my readers to examine this disturbing report for themselves.

I raise it in the context of “National Marriage Week,” however, because of the correlation between marriage and parenthood. Yes, marriage and parenthood are theoretically distinct institutions and there are childless marriages. In reality, however, the first normally leads to the second and, as the Church itself teaches, “children are really the supreme gift of marriage” (Gaudium et spes, no. 50), not accessories or optional extras.

The National Marriage Project (NMP) has repeatedly tracked a phenomenon it calls the “loss of child-centeredness” in American life, including American marriage.

From a purely sociological viewpoint, the presence of children in American adults’ lives is in decline. Stone’s research cited above is one example: people are having fewer or no children.

Divorce is another: with the social acceptance and high incidence of divorce, those fewer children at best divide time between separate parents, with all the impacts such discontinuities entail.

Greater life expectancies is a third: an aging population increases the ratio of life lived apart from children, especially when one’s own children have fewer, if any children — no time with the grandkids. Our society economically squeezes kids by practically requiring and at least valuing higher both parents’ being in the workplace rather than with children.

Finally, we send all sorts of social messages. High tech IT firms offer ova freezing as a “benefit” for women to defer motherhood. I live in an apartment building in which the availability of a three-bedroom apartment is scarcer than hen’s teeth. And our elites convey their own anti-child messages: when my 13-year old was born in my late 40s, I received numerous unsolicited messages of sympathy for our “courage” in having a child, with the implicit assumption our precious and beloved Karol was some “mistake.”

All this is relevant as we mark “National Marriage Week” because there are two very strong trends in American culture that promote an idea of marriage which, in the end, is incompatible with Catholic marriage. The first is “soul mate” marriage, the second is the stripping away of characteristics Catholicism deems essential elements of marriage.

What is “soul mate” marriage? The NMP described it in its 2001 “State of Our Unions” report:

“Young adults today are searching for a deep emotional and spiritual connection with one person for life. At the same time, the bases for marriage as a religious, economic or parental partnership are receding in importance for many men and women in their twenties. Taken together, the survey findings present a portrait of marriage as emotionally deep and socially shallow.”

“Soul mate” marriage puts the focus on the spouse as fulfilling one’s emotional needs and goals, finding a kind of alter ego.

While some might think “soul mate” marriage tends to foster a noble and deep interpersonal relationship, its track record is far less impressive. Rather than drawing a person out of himself, “soul mate” marriage tends to foster an expectation that the other will be a reflection of the self. It also tends to focus on the emotive (feelings) rather than the volitional (commitments) side of relationships.

It tends to foster unrealistic expectations of Prince or Princess Charmings who can address the whole of one’s needs, a quite unrealistic burden to impose on another person. Because those expectations are so high, they in fact place a heavy burden on the relationship itself which, in a divorce-tolerant society, tends to lower the threshold at which the parties walk away from the marriage.

Finally, “soul mate” marriage tends to face critical stress in the face of childbearing because children, by their nature and dependence, are greedy, unavoidably shifting focus away from the “us” of the couple to the “them” of the children and the “us” of the family, something the very trajectory of such a marital paradigm does not prepare its “soul mates” for.

Spouses (especially fathers) have often felt “second fiddles” when a child is born, but the traditional model of marriage at least enforced an expectation that some shift of the “us” from each other to an “us” vis-à-vis “them” was natural, normal, and mature. The “soul mate” model, at least given the way people have been living them and the expectations they attribute to them, has not been doing that.

“Soul mate” marriage does not really account for children (certainly not as the “supreme gift of marriage”). To the degree, therefore, that we do not challenge this increasingly ascendant model of marriage (or try better to connect the idea of “soul mates” with the idea of becoming parents as part of that “soul mate” vocation), to that degree we acquiesce in a cultural model of marriage that depreciates the connection of marriage and parenthood, undermines a Catholic vision of marriage, and contributes to our ongoing birth dearth with its concomitant baneful implications for society. If this model is to remain, we have got to both deepen radically the understanding of “soul mate” as well as temper it with reality.

In practice, “soul mate” marriage dilutes the nexus between marriage and parenthood, shifting it from a Catholic view of “distinct but related” to one of “distinct but unrelated (unless we want it to be).” That attitude, in turn, bolsters a “contraceptive mentality” that sees one’s capacity to be a parent not as an intrinsically good part of my personhood but as a merely physically neutral biological phenomenon whose value is fixed by its convenience to my wishes. The result is that it undermines, even in Catholic minds, the idea that fruitfulness – openness to life – is an essential part of marriage as seen from a Catholic perspective.

There are, of course, other essential characteristics of marriage as understood from a Catholic perspective that are increasingly incomprehensible to the larger society. One of them is sexual differentiation. Another is permanence.

Exclusivity still gets lip service, in the sense that concurrent bigamy is both still illegal as well as frowned upon, but consecutive bigamy (divorce and remarriage) is broadly approved. Exclusivity also still receives lip service in that, even in the case of remarriage, we still expect just one “spouse A” and one “spouse B.” But if we really “believe” that “love is love” (as the woke lawn signs in my neighborhood proclaim), how can we logically limit “love” numerically?

My point in noting the question of how compatible what many people (including nominal Catholics) think about marriage with what the Church teaches about it is to recall a neglected teaching from Pope Pius XI’s encyclical Casti connubii. Early on in that document, the Pope affirms a principle whose mention we have unduly neglected: the scope of human freedom.

“This freedom, however, regards only the question whether the contracting parties really wish to enter upon matrimony or to marry this particular person; but the nature of matrimony is entirely independent of the free will of man, so that if one has once contracted matrimony he is thereby subject to its divinely made laws and its essential properties.”

This distinction between freedom to marry versus freedom to redefine marriage — fundamental and uncontroversial to what Catholics have always understood in relation to marriage — is increasingly incomprehensible even to many Catholics today, with concomitant consequences for marital nullity. Restoring awareness and understanding would go a long way to addressing the crises even Catholic marriages today encounter.

I also strongly suggest that this educational-catechetical-formative focus deserves at least as much attention in our “National Marriage Week” observances as the celebratory/counseling/psychological element. Individual marriages are supported by the latter, but Christian marriages at large are made and nurtured by the former where, I venture to say, our public effort has been anemic.

Unless we also get that right, there aren’t going to be as many Christian marriages to celebrate during “National Marriage Week” … and likely even fewer offspring as marriage’s “supreme gift.” On the latter, the numbers are already in.­­

Aid to the Church in Need confirms...