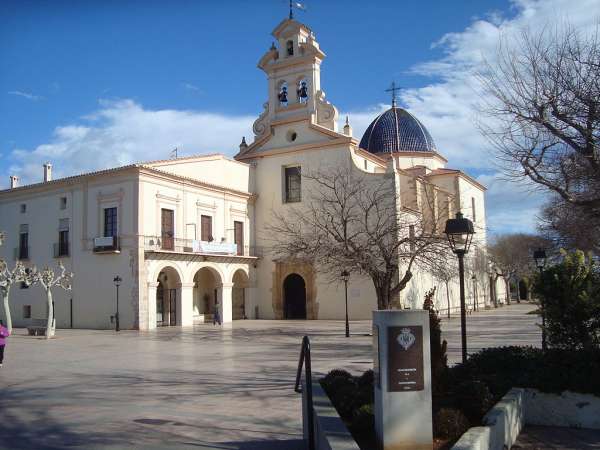 Castellon de la Plana, Spain, Feb 4, 2021 / 11:02 am (CNA).- The mayor of Castellón de la Plata has has closed the Basílica de la Mare de Déu del Lledó and other Catholic churches in city, on the grounds that it is necessary to prevent the spread of the coronavirus.

Amparo Marco Gual, the alcaldessa, or mayor, of the city, is a member of the Valencian branch of the Spanish Socialist Workers’ Party.

Castellón de la Plata’s city council announced Jan. 15 that the closure is part of “a series of exceptional measures to stop the spread of COVID-19.” But the Diocese of Segorbe-Castellón de la Plana called the measure a violation of the independence of the Church.

The diocese said Jan. 30 that “this decision was made unilaterally without prior or subsequent official communication to this Archdiocese or to the pastor of the basilica, responsible for worship therein, violating the fundamental right to freedom of worship.”

The statement explained that the vicar general of the archdiocese presented to the city council Jan. 19 “a series of explanations against this closure. However, no response came back from the political authorities.”

The vicar general subsequently sent another public protest Jan. 25 to Marco, “but there was no response in that case either,” the statement said.

The vicar general has explained to the mayor that “the Basilica of Lledó is, since its construction and canonical erection in the 14th century, a place exclusively destined for Catholic worship under the jurisdiction of the diocesan bishop, and together with the other churches of the diocese, it has been exemplary in keeping all the sanitary measures required by the COVID crisis.”

“We are aware of the serious health situation that our community is experiencing due to the COVID-19 pandemic and the responsibility that this situation demands of all of us,” wrote the vicar general, but added that “the decision taken by the city council to close the basilica does not seem reasoned nor acceptable to us.”

For this reason, “in response to the desire of the citizens to come to pray to their Patroness and while waiting for the municipal response, the Royal Brotherhood of the Mother of God of Lledó, will enthrone the image of the Virgin on the main altar of the Co-cathedral of Saint Mary.”

The vicar general’s message concludes by inviting the faithful to the cathedral “to ask the intercession of the Mother of God of Lledó for the end of this pandemic, the health of the sick, the eternal rest of the deceased, and for strength for the front-line workers.”

The Segorbe-Castellón de la Plana diocese has no further actions planned, but the Spanish Association of Christian Lawyers has initiated a legal action against the mayor’s office asking for the immediate suspension of the order to close the basilica and other churches in the city.

According to the association, the closure of the churches “is a severe and extraordinarily disproportionate measure that does not respond to any type of medical or epidemiological criterion, but to an authentic religious persecution. The mayor of Castellón unfortunately follows the same anti-Christian and secularist course as the government of Spain.”

Responding to the Joe Biden Presid...