St. Joan of Arc, Maid of Orleans, Pray For Us 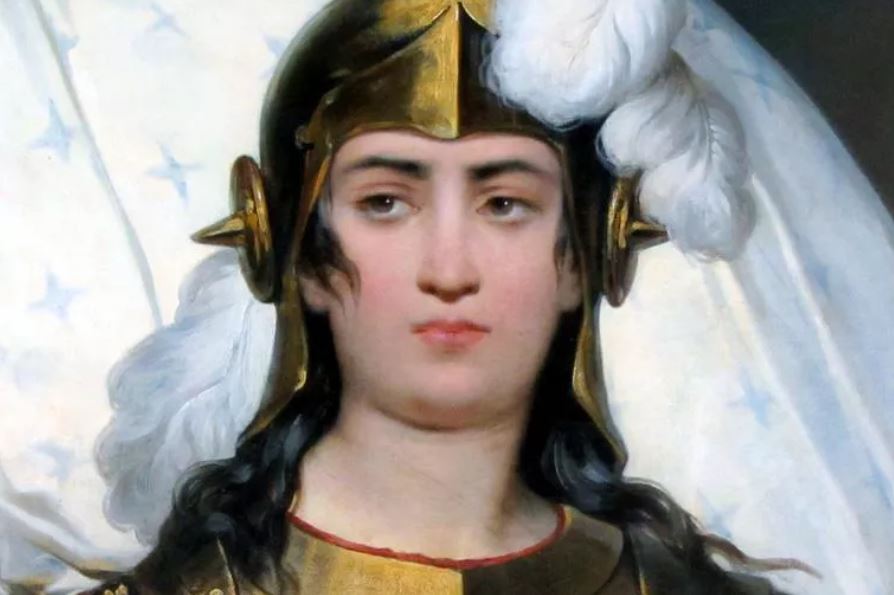 St. Joan of Arc, Maid of Orleans, Pray For Us

St. Joan of Arc has been named the patroness of soldiers, martyrs, captives and the nation of France.

Paintings of a young French girl dressed in armor, riding a white horse and carrying a banner represent how many people view St. Joan of Arc. Other works of art, including sculptures, sketches and stained-glass images, depict her kneeling in prayer, standing in a pasture and even carrying a sword. But all these images of this famous saint confirm her historical role in medieval France of leading French troops into battle against British soldiers at Orleans. Considering that Joan of Arc, or Jeanne d’Arc and the Maid of Orleans, was only 18 years old at the time underscores both her courage and her obedience to God’s will.

Born in 1412 in the village of Domremy to a pious farming family, she learned from her childhood about her faith and the importance of prayer. As historians have noted, her mother taught her the Our Father, the Hail Mary, and the Creed and to pray nightly, “O God, save France.” At about 13 years old, she reportedly heard the voices of St. Michael the Archangel, St. Catherine of Alexandria and St. Margaret several times a week, urging her to be strong in her faith.

But about the time she turned 16, she received daily messages from them asking her to save France from English soldiers and to take the Dauphin Charles VI to Reims for his crowning. After several attempts to meet with Charles VI, she finally connected with him and told him of her divine mission. Despite her lack of military training, Charles VI allowed Joan of Arc to lead a French army to the city of Orleans and liberate it from English forces. This conflict was part of the French and English conflicts known as the Hundred Years’ War.

Carrying a banner imprinted with the words “Jesus, Maria” and with images of God and of kneeling angels, Joan of Arc and the army won the battle and liberated the city from the English army. She then kept her promise to Charles that she would take him to the town of Rheims to be crowned king.

However, future conflicts awaited Joan of Arc, who was ultimately injured in battle and captured by the enemy troops. She was put on trial and the judges condemned her of witchcraft and heresies. She was burned at the stake at the age of 19, and at the stake, she embraced a cross.

Today, about 100 books have been written about her life and nearly two dozen movies depicting her have been filmed. She has been named the patron of soldiers, martyrs, captives and France. She was canonized by Pope Benedict XV in 1920.

Combine the egg yolks, sugar, and flour in a large mixing bowl, mixing well. Combine the milk and butter in a saucepan, and cook over medium heat until it boils. Remove from the heat, and allow it to cool slightly. Slowly stir the hot milk mixture into the egg mixture, blending well.

In a large mixing bowl, using an electric beater, beat the egg whites and the pinch of sugar until stiff. Gently fold the whites into the egg-sugar mixture. Heat a 7-inch nonstick crêpe pan over medium-low heat and add about 2 teaspoons butter. When the butter starts to sizzle, add about 3 tablespoons batter to the pan, swirl the batter around, and cook the crêpe slowly. When it puffs up and turns golden, slip it out of the pan onto a plate, and sprinkle it with a little sugar. Repeat until there are 5 crêpes; some batter will remain.

Heat a 12-inch skillet over medium-low heat, and add about 1 tablespoon butter. When the butter starts to sizzle, swirl in the remaining batter, and cook until it puffs and turns golden. Slip out of the skillet onto the stacked crêpes. Cool the skillet, and put it upside down on top of the crêpe stack to deflate it. Slice, and serve while hot.
Share With:
Previous Article

What Are the 3 Traits of a Gentlem...