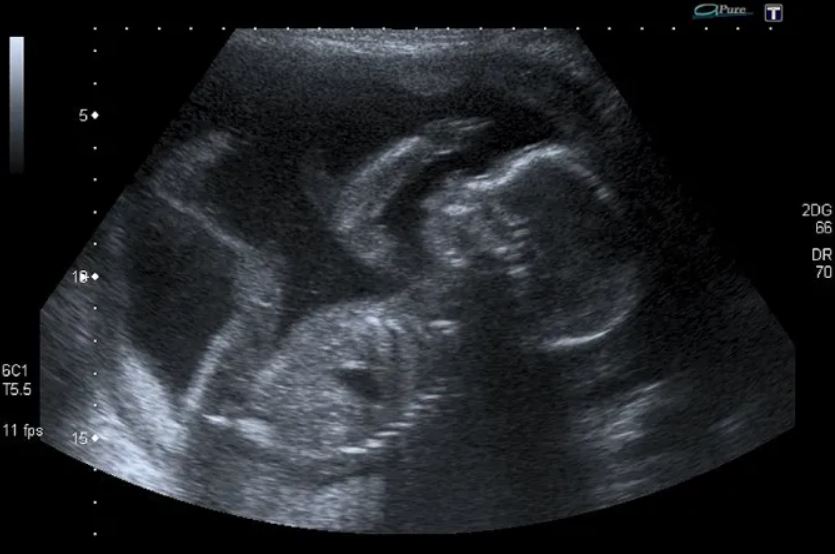 An unborn baby at 20 weeks — well within the second trimester, when dilation and evacuation abortions are commonly performed. / Steve via Flickr (CC BY-NC 2.0).

Jackson Women’s Health Organization, Mississippi’s lone abortion clinic, presented its legal argument Monday for why the U.S. Supreme Court should strike down the state’s 2018 law prohibiting abortions after the first 15 weeks of pregnancy, setting the stage for a momentous showdown over Roe v. Wade, the 1973 decision that legalized abortion nationwide.

The filing means that both parties in the case, Dobbs v. Jackson Women’s Health Organization, have now laid out their legal strategies. The Supreme Court will hear oral arguments in the case during its fall term, which begins Oct. 4.

While the constitutionality of Mississippi’s law is the primary question before the Court, both sides make clear in their respective briefs that the law is meant to be a direct challenge to Roe itself, and the decision that affirmed Roe’s central argument 18 years later, Planned Parenthood v. Casey. In its brief, the State of Mississippi explicitly asks the Court to overturn Roe, arguing that “the conclusion that abortion is a constitutional right has no basis in text, structure, history, or tradition.”

The parties’ opposing arguments focus largely on two key points of contention: the legal doctrine known as stare decisis, which holds that legal precedents should not be easily overruled lest the rule of law be eroded, and the concept of fetal “viability,” or the point at which fetal life can survive outside the womb.

Christine Hadro of EWTN Pro-Life Weekly interviewed Mississippi Gov. Tate Reeves about the Dobbs case earlier this year. You can watch the interview below:

Citing Roe and Casey, courts have repeatedly shot down state efforts to restrict abortion prior to viability as unconstitutional. But in Dobbs, the State of Mississippi and other parties filing briefs supportive of its petition, argue that the Court’s viability standard — approximately 24 weeks into a pregnancy — is scientifically outdated and legally unworkable.

In their amicus brief, legal scholars Mary Ann Glendon and O. Carter Snead argue that stare decisis obligates the Court to overturn Roe and Casey, because doing so would protect the Court’s integrity.

“These precedents are notoriously badly reasoned, and involve unworkable, constantly shifting standards that have sown confusion in this and other areas of the law,” Snead, a law professor at the University of Notre Dame, told CNA in an email.

“Indeed, there are not five justices on the Supreme Court now who agree on what these precedents require,” he wrote. “Moreover, they have caused grievous real world harms; there have been more than 60 million abortions because of these lawless, anti-democratic, incoherent precedents.”

In its brief, Jackson Women’s Health claims Mississippi is “re-litigating” Casey, which held that a woman’s “liberty interest” is stronger than the state’s interest in protecting fetal life before a baby is viable.

The brief maintains that the Casey Court “carefully considered every argument Mississippi makes here for overruling Roe,” asserting that no “legal or factual change occurred that justifies giving any less protection for that liberty interest today.”

Additionally, the brief asserts that “no changed factual circumstances related to viability exist on this record,” and that “[m]edical consensus and the undisputed facts in the case establish that viability occurs no earlier than 23-24 weeks of pregnancy, precisely the time identified thirty years ago in Casey.”

Jackson Women’s Health asserts that the viability line must be maintained because it is the only standard that can consistently be applied by the courts.

“There is no heightened scrutiny framework (stripped of the viability rule) that lower courts could administer against the inevitable cascade of abortion bans that would follow if the Court does anything other than affirm” the lowers courts’ rulings that Mississippi’s law is unconstitutional, the brief states.

Countering that assertion is an amicus brief filed by a group of women obstetricians and gynecologists and the Catholic Association Foundation. That brief calls the viability standard established by Roe and Casey “outdated according to current science,” adding that “’viability’ no longer means what it did at the time of Roe and Casey.”

The same brief also details the advances in ultrasound technology since Casey, now available in vivid 4D renderings, that have provided more precise knowledge about fetal development. At 15 weeks, the brief states, all the fetus’ major organs are fully formed and functioning, as is the cardiovascular system.

“This is the living reality of what is at issue in this case: a tiny boy or girl who, at 15 weeks, kicks, breathes, and hiccups, who has little fingers that open and close — and who has undeniably ‘assum[ed] the human form,’” the brief states.

Although viability remains a matter of debate, the State of Mississippi and others argue that it ought to be left to democratically elected state legislatures to decide how to handle such contentious questions, not the courts.

“The legal standard, set forth in Gonzales v. Carhart (upholding the constitutionality of the federal partial birth abortion ban act), is that when there is a disagreement among learned scientific experts, the state is free to legislate according to its best judgment,” Snead wrote in his email to CNA.

“There need not be unanimity among experts for a state to legislate in a contested domain,” he explained.

“But the deeper point here is that because this is an area of scientific and medical disagreement, the Supreme Court lacks the institutional competence to serve as the nation’s ad hoc abortion medical review board of last resort,” Snead wrote. “That is best [left to] the political branches.”